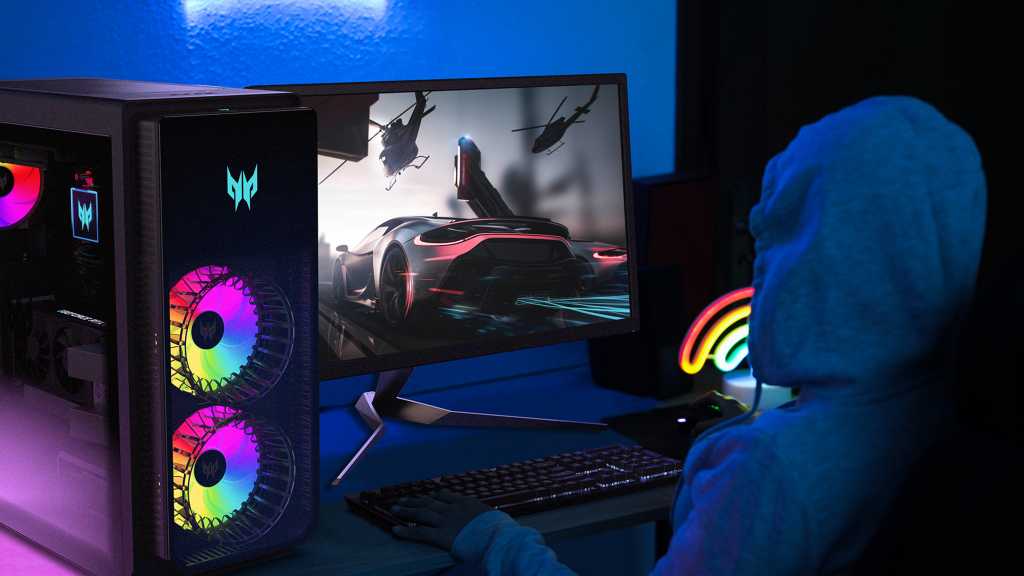 Acer just claimed the prize for announcing the first Intel 12th-gen “Alder Lake” gaming rig with its feature-filled Predator Orion 7000. Your wait is almost over.

Sure, it’s been no secret that Intel’s Alder Lake desktop processors are in the works, but the reveal of the Acer Predator Orion 7000 confirms the new CPUs are truly imminent, since companies don’t like to tell people to stop buying what they currently sell. (Though there is value to being the first to post “first” too.)

And yes, we mean “feature-filled,” because how else can you describe a gaming PC that will come with Intel’s much-hyped 12th-gen Alder Lake CPU, Nvidia’s juggernaut GeForce RTX 3090 graphics card, PCIe Gen 5, and up to 64GB of DDR5/4000 RAM?

If you don’t want to take it to the next level, you can dial it down to a GeForce RTX 3080 as well. The Orion 7000 features RGB fans, an all-in-one liquid cooler, Killer E3100G 2.5G Ethernet, and WiFi 6E. Pricing and the exact ship date on the new Predator Orion 7000 wasn’t released, but we’re going to guess you’ll have to reach deep into your pocket book.