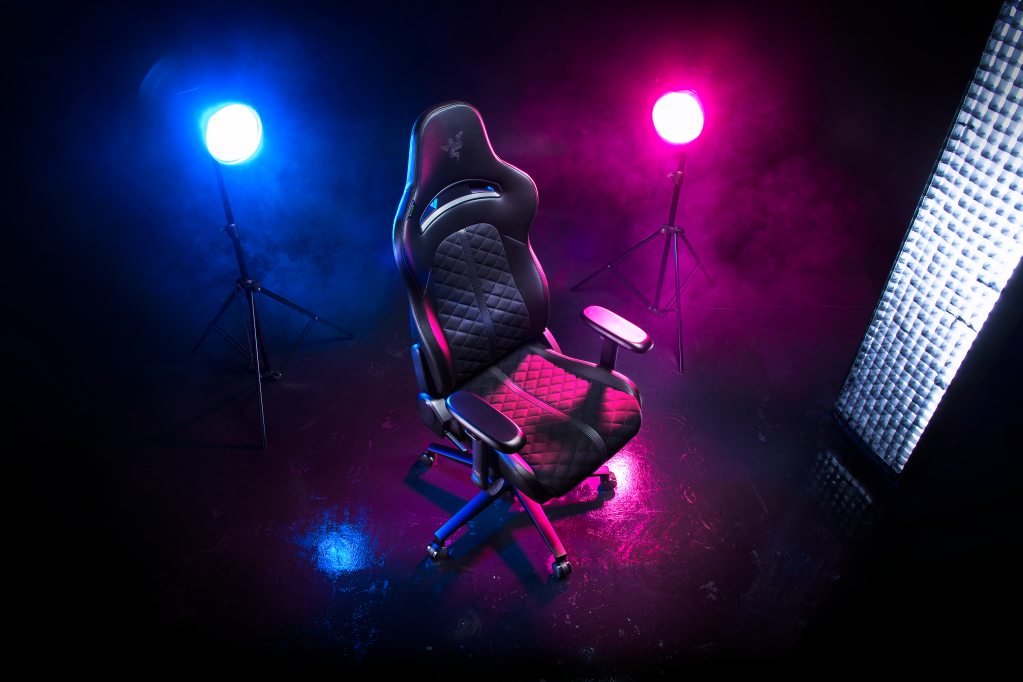 Razer claims its new Enki gaming chair is ultra-comfortable, and it has the buttocks benchmarks to prove it.

Razer tested more than 200 different butts to help make the new Enki as comfortable a gaming chair as possible. The company ran its, uh, buttmarks by placing pressure pads on chairs to measure the pressure points of various designs. The test subjects ranged across different body shapes, sizes, and ages.

The pressure build up on bottoms is shown in the heat maps below. Razer says the ones with the pressure spread across the buttocks lower discomfort levels from sitting in a chair long term.

With the Enki, Razer said its looked to make a change from its current Iskur offering. The Iskur, like many gaming chairs, are patterned after performance car seats, which have strong lumbar support and tend to push the gamer toward the keyboard and mouse.

If you’re the kind of gamer who just likes to chillax or even sit cross-legged in a chair while gaming, the pricier Isku is not optimal, and Razer would instead point you to the Enki for those multi-hour gaming sessions.

Razer didn’t focus just on your butt’s comfort though. The Enki will feature a 110 degree shoulder arch so as not to make you feel so squeezed in. It also includes reactive seat tilt and a recline of 152 degrees, metal 4D arm rests, and a memory foam headrest pillow. A lower-cost version called the Enki X will feature the same performance butt optimizations of the Enki, shoulder arch, and wide seat base, but you lose the other features.

Besides being comfortable on the butt, Razer said the new Enki series should be a little more comfortable on your wallet too. The Enki should price in at $399 while the Enki X will cost $299. That may not sound like low budget but Razer’s current Iskur chair costs $500, with the head cushion on the Iskur XL adding another $100 to the total.