The battle of high-end graphics cards is one poised with high frame rates, high resolutions, and increasingly high prices. Want to know which muscle-car-level GPU deserves your hard-earned dollars? Welcome to contest between Nvidia’s RTX 3080 and AMD’s RX 6800 XT. We’ll go over pricing, availability, and which of these excellent graphics cards offers the best performance for your buck.

Quickly we were in for a rude awakening: Enter the great GPU shortage of 2020-2021 (and beyond…).  What was supposed to be an entertaining spar between friends, quickly turned into a serious bout with a heavy weight boxer. Stock levels depleted immediately, and prices skyrocketed to record heights.

The RTX 3080 reached an all-time high of over $2,000 on the secondhand market during the May 2021 peak; the 6800 XT not far behind in the mid $1,000s. These astronomical prices have come down slightly, but you’re still looking at nearly twice the original MSRP of both GPUs.

These high prices are not just from your friendly neighborhood scalper, however. Third-party GPU manufactures such as Asus, EVGA, and MSI have also increased base MSRPs over time. This is due to tariffs and continued shortages. This bumps the MSRPs of these graphics cards well over the $1,000 mark. Do note that the Nvidia Founders Edition and the AMD reference models of their respective GPUs have remained at their original pricing; but these are much rarer to find.

The AMD RX 6800 XT brings forth incredible performance that elevates Radeon to the playing field of high-end Nvidia GPUs for the first time in years. The Nvidia RTX 3080 came ready to battle with a myriad of Nvidia-specific technologies, however. 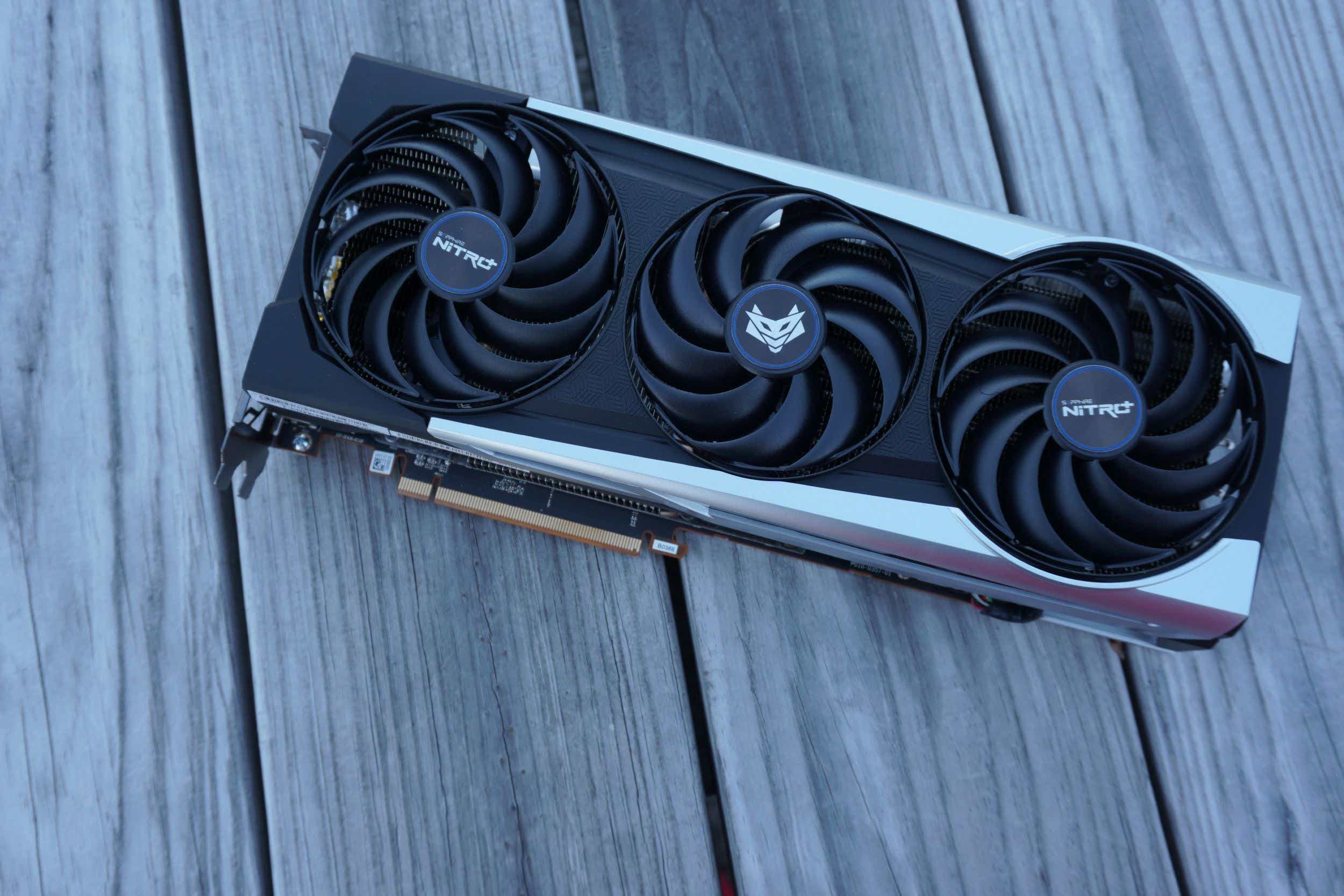 Let’s first discuss the VRAM differences; 10GB on the RTX 3080 versus 16GB on the 6800 XT. The RTX 3080 comes equipped with GDDR6x flavor, which is faster than the vanilla GDDR6 on the 6800 XT. This can have an impact in favor of the RTX 3080, even if the VRAM size is smaller. Currently 10GB of VRAM is still acceptable for 4K gaming, but there are some titles that may soon start to pass that threshold, making the 6800 XT’s 16GB a bit more future-proof. Coupled with 128MB of infinity cache, and it’s impressive hardware.

Another important difference includes superior ray tracing performance on the RTX 3080. When combined with DLSS technology, it provides incredible performance both visually and with higher frame rates. AMD does offer Smart Access Memory, which increases GPU performance when paired with a Ryzen 5000 CPU.

In Shadow of the Tomb Raider at 4K, we see how potent Nvidia’s DLSS can be. Here ray tracing performance outpaces the 6800 XT by a wide margin. AMD does have a competitor to DLSS in the works, “FidelityFX Super Resolution,” or FSR, but it’s still in the early stages. While Nvidia has the clear advantage now, the 6800 XT does have 16GB of VRAM, which ray tracing clearly will like; we just need further optimizations in software.

In non–ray tracing titles, the 6800 XT puts up a fantastic effort versus the RTX 3080. If ray tracing is something you want more of, however, the RTX 3080 currently is the best at that. The ray tracing performance of the 6800 XT is acceptable currently, and future improvements should make it highly competitive.

Power draw and other things to know

If you’re purchasing a Founders Edition RTX 3080, some have had issues with inadequate thermal pads from the factory, resulting in higher than normal VRAM temperatures and thermal throttling. Some users have improved this by either water cooling their GPUs or replacing the thermal pads, but your mileage may vary. Third-party 3080s are less affected if they have a beefy cooler, however. The AMD 6800 XT typically runs hot due to its power, but well within its limits.

How about LHR, or Lite Hash Rate models? Nvidia has introduced this feature in order to improve availability specifically for gamers. The non-Founders Edition RTX 3080s now have this moniker, meaning they’re less potent at crypto-currency mining (although work arounds have been popping up lately). The AMD 6800 XT has no such distinction, but it has generally not been as popular with crypto miners compared to the Nvidia GPUs due to the price-performance ratio.

Which is the best GPU for you?

Even amid historic shortages, we’re lucky to have such high-performance GPUs available from both Nvidia and AMD. The caveat of buying a GPU in such as market always falls on your own budget and needs; prices are much higher than we’d like to see, if you can find them.

Which is the best GPU? While the 6800 XT puts up a valiant effort, the RTX 3080 sneaks by for the win. Despite the VRAM size handicap, the ray tracing plus DLSS performance make it a hotrod while keeping visuals maxed out. This is especially true at 1440p and 4K resolutions, where this GPU shines. If you need Nvidia-specific features such as Nvenc encoding, and G Sync, you’ll know where to go. Otherwise, the 6800 XT is right up there as well. If you’re planning on high refresh rate 1080p or only going up to 1440p with minimal ray tracing, it’s also a worthy choice.