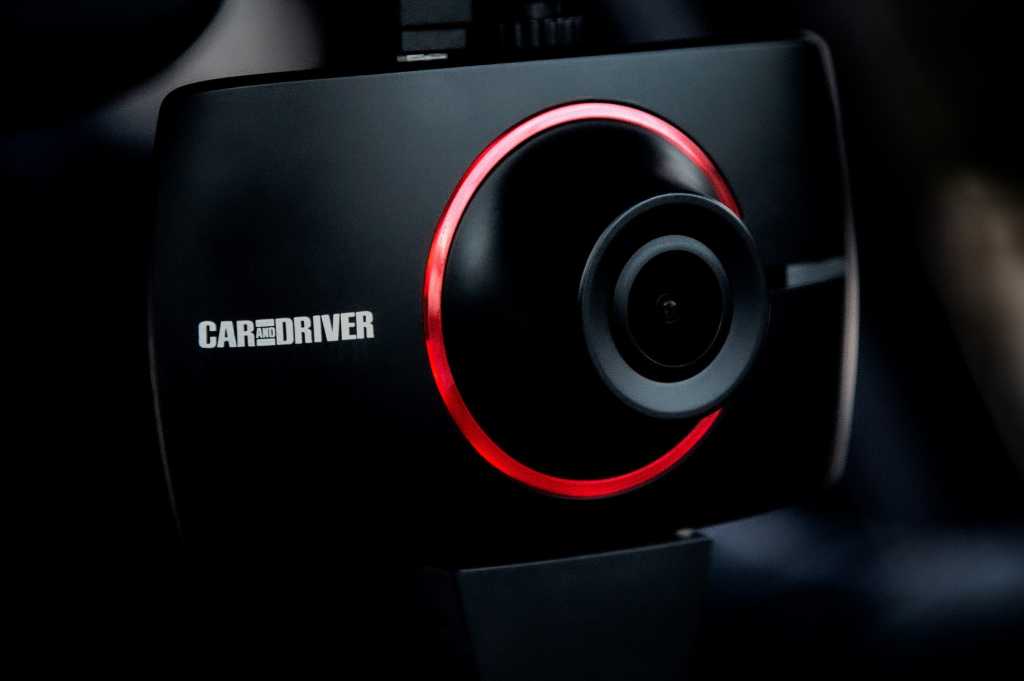 Car and Driver
At a glance

This is a versatile, attractive camera combination that can cover the front and interior, or front and rear. The large display is fantastic, but there’s no GPS, captures are middling quality, and there were operational issues. 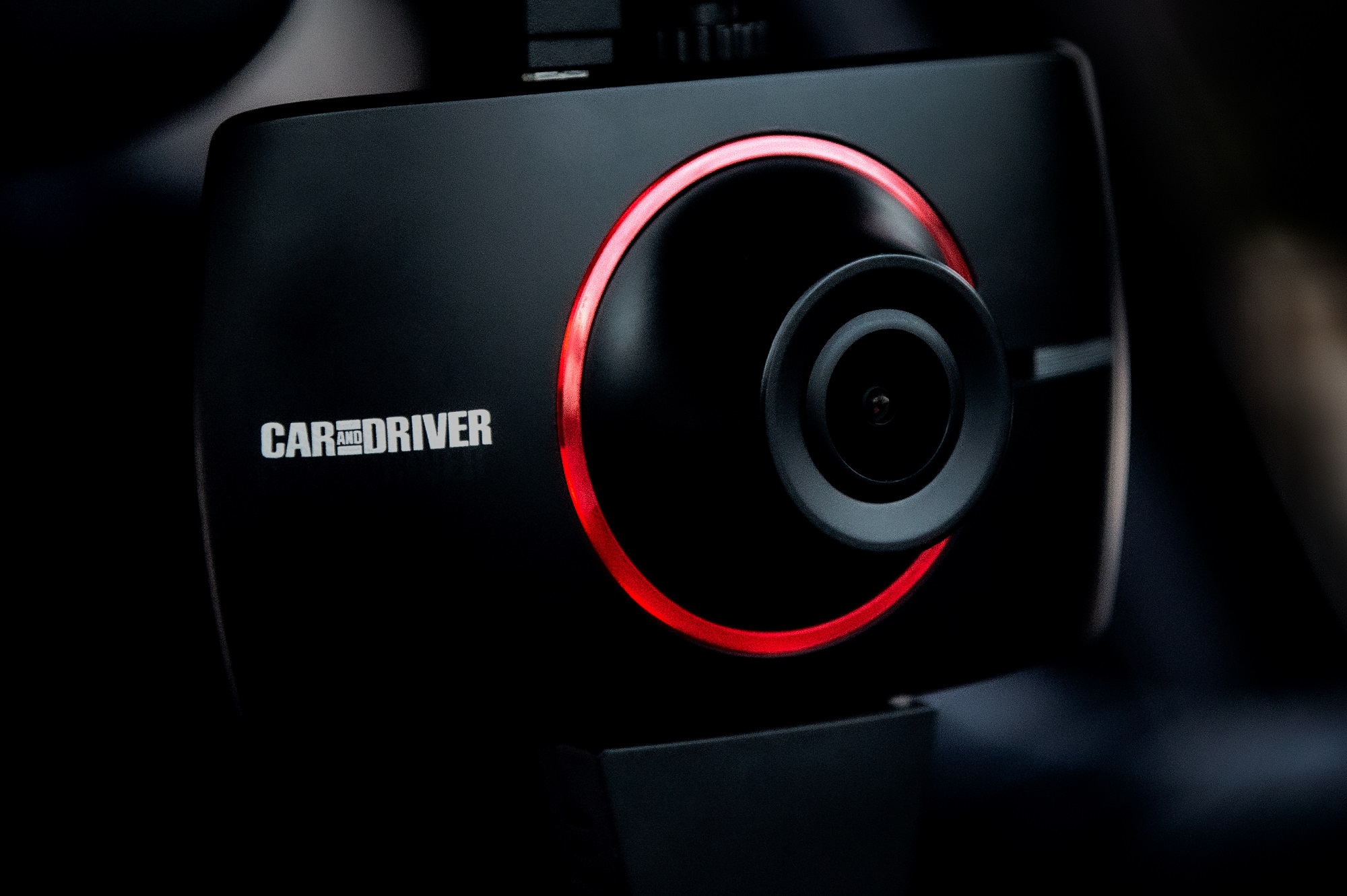 I was impressed by the physical design of the $180 Car and Driver Road Patrol Touch Duo dash cam. It’s tall and wide, yet comparatively thin and sexily curved. In other words, it’s attractive. The looks, the 3-inch color display, and versatile second camera that can be used for interior or outside rear captures, seemed to promise a fantastic experience.

Alas, while its pretty face and design made a good first impression, when it came to performance, the Road Patrol Touch Duo fell well short of fantastic.

The Road Patrol Touch Duo, as I mentioned, is on the large side. It measures approximately 4-inches wide by 3-inches tall. It’s a little under 2-inches including the lens bodies of the exterior and interior cameras. The size is to accommodate the large 3-inch wide display. You need a display that large if you’re going to use touch, though the Jomise K7 cleverly made do with only 1.5 inches and larger icons.

The Road Patrol Touch Duo’s onscreen interface is easy to use, but the main screen icons require a fair amount of concentration and precision. It’s fine if you’re parked, but not conductive to quick adjustments while you’re at a stop light or in motion. Otherwise, it’s great. Not that you should be adjusting your camera settings while underway. Let the passenger take care of it. You’ll both live longer.

The front camera is 1080p with a 150 degree field of view (Sony IMX307) while the bottom-mounted, swiveling interior camera is 720p with a 120 degree FOV (SC2363). Said bottom unit can be unplugged (it employs a 3.5 mm connector) and used on your rear window via a second suction mount, adapter, and cable, all of which come in the box.

As the 3-inch touchscreen is used for control, there are only power and menu buttons on the bottom of the camera. You actually don’t need the latter as touching the display brings up the menu icons.

Uniquely, the company provides a strap that allows you to mount the secondary camera on the back of your headrest to use as a baby cam (shown above). The Road Patrol Touch Duo is easily the most versatile dual-channel camera setup.

There are several reasons you might want the GPS that the Road Patrol Touch Duo lacks. One of those reasons may be tracking your travels with mapping software, for instance. More importantly, it will show your rate of speed and prove the exact location where an incident occurred. While the mere existence of dash cam footage tends to settle matters quickly, GPS info seals the deal.

Also, better dash cams use GPS to automatically set the time and date. I forgot to set the date and time with the Road Patrol Touch Duo before testing, hence the inaccuracies in the images below. Yes, I’m quite used to GPS these days. On the other hand, kudos to Car and Driver for providing one of the nicest help guides I’ve run across with a dash cam.

Generally speaking, the Road Patrol Touch Duo’s exterior day captures were decent, though you’d have to be quite close distance-wise to pick out license plate numbers. Probably their nicest aspect is the color saturation, which is up there with the best.

Look closely (open in a new tab) at the passenger’s seat shown below and you’ll see poorly aliased and blocky colors from the interior camera. I’ve seen considerably better from cheaper cameras.

Though it was a rainy night and it was difficult to keep the windshield dry, that can’t quite explain away the poor detail on the parking signs or the license plate only 15 feet away.

Though the blockiness from the day interior captures is gone in the interior night capture seen below, it’s quite blurry compared to most interior cameras I test these days.

There was a reason that these night captures were taken under less than optimal conditions. The previous evening when it was dry, I didn’t wait until a full 3-minute clip had been finished before removing the camera and the files were not saved. While Car and Driver stated that the camera has a battery, the camera goes dark immediately upon losing power which was likely the cause.

That said, I also noticed that the daytime video didn’t start until the car was in motion, a couple of seconds after starting the engine. I’d already turned on the interior power to adjust settings before starting out. There may be an issue with over aggressiveness on detecting low voltage which is done by cameras to avoid draining your battery.

As I said up front, the Car and Driver Road Patrol Touch Duo’s concept and physical design are top notch. However, the captures aren’t up to today’s standards, it’s pricey for not having a GPS, and not saving files when the power fails is a major faux paus. It’s a workable camera system, but needs some fine tuning to cover the basics better.