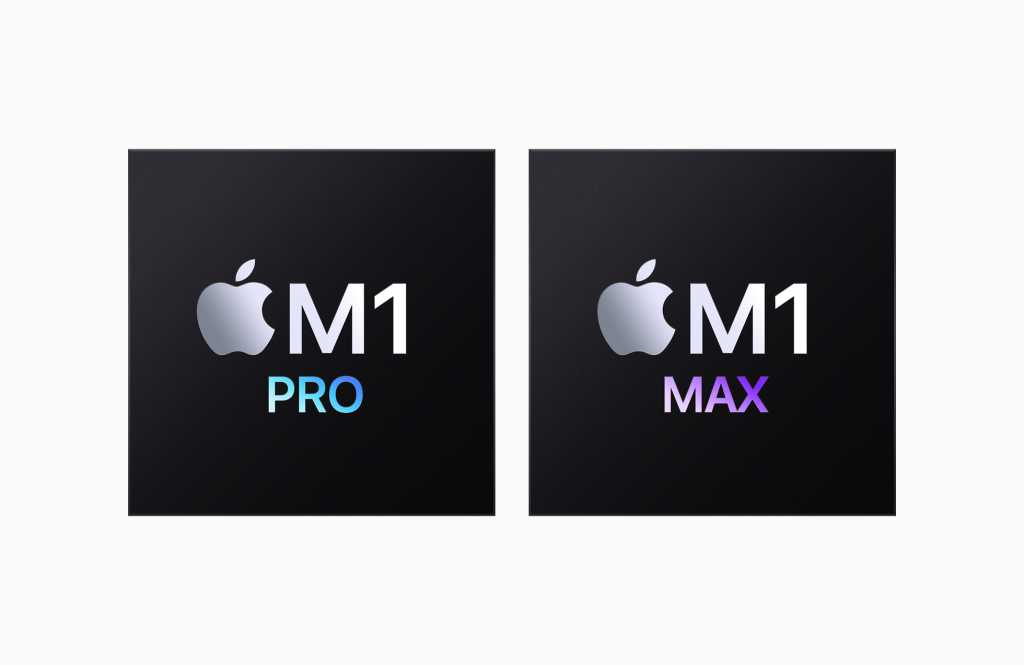 Apple’s long-awaited M1 Max and M1 Pro chips have finally arrived. Unfortunately, most PC folks will never give a damn about them. Sure, you’re saying this is just partisan posturing, but decades of watching the bickering between the two sides has taught me that it never matters.

But first, if you haven’t heard, Apple has made some very bold performance claims about its new M1 Pro and M1 Max chips. The first one compares CPU performance of the M1 Pro and M1 Max against a pair of PC laptops—one with an Intel 11th-gen Core i7-1185G7, and the other with an 11th-gen Core i7-11800H. Oddly, there’s no comparison with AMD’s Ryzen chips, which would probably change the results for the older M1 chip. But more importantly, Apple is claiming its 10-core M1 Pro and M1 Max easily outperform the 8-core 11th-gen Tiger Lake H while using a lot less power too.

Apple typically obscures what tests it runs to make its claims, but we appreciate that Apple isn’t just choosing limp hardware from its competitors at least. The laptops it compares against the M1 Pro/Max—the MSI Prestige 14 Evo and an MSI GP66 Leopard—aren’t slouches. With the original M1 launch, performance was impressive, but our own testing has found the Prestige 14 Evo to be as fast or faster than the M1, depending on what you do. Likewise, AMD’s Ryzen series of CPUs also had no problems outrunning the original M1 MacBook Pro, depending on the task. With that said, proper respect needs to be given to the M1—it’s not like one of those Qualcomm chips running Windows 10.

What’s more interesting are the comparisons against discrete graphics on PC laptops though. For those comparisons Apple puts its chips against Nvidia’s best: GeForce RTX 3080 Laptop GPUs in a Razer Blade 15 Advanced Edition and an MSI GE76 Raider. Both feature Tiger Lake H CPUs and GPUs that are limited largely by the amount of cooling and power that can be supplied by the laptop.

That’s because the things that make you choose PC over Mac haven’t changed at all despite the new chips.

With a PC, you can choose between AMD, Intel, or Nvidia for components. And you can buy a laptop from Asus, MSI, Lenovo, Dell, Gigabyte, HP, and dozens of others.

You can have an RGB keyboard, or an IPS or OLED panel. And yes, you can add or remove RAM in some PC laptops, and add or remove an SSD, too. And yeah, PCIe Gen 4 SSD level of performance? Already there on the PC. And yes, it runs Windows, your OS of choice after all these years.

This desire for flexibility is baked into the DNA of many people who swing toward PC. And whether the new M1 Pro or M1 Max is faster or slower doesn’t ever matter. You won’t even consider it because Apple demands a premium and you’re unwilling to compromise your values just to join the club.

Should you feel bad about this? Well probably not. You’d be acting no differently than the Apple loyalists. Even Apple fans can admit there have been good years and bad years for Mac supporters, with most of them being bad until the M1 MacBooks. And while PC users were rolling hardware ray tracing, multi-display laptops, convertible laptops, touch and pen, and the benefits of real hardware competition, Mac users didn’t switch.

So as the reviews drop in the coming weeks and you get the urge to engage in a Twitter battle, remember just how pointless it is. Nothing will convince a Chevy fan to buy Ford or a Giants fan to support the Dodgers at this point.

And that is the unfortunate part in all this. There are indeed some things in the new MacBook Pro’s to be lauded, but few PC consumers will consider them. And it’s every bit as tragic as Mac fans ignoring all of the incredible features and innovation that has occurred on the PC all these years.