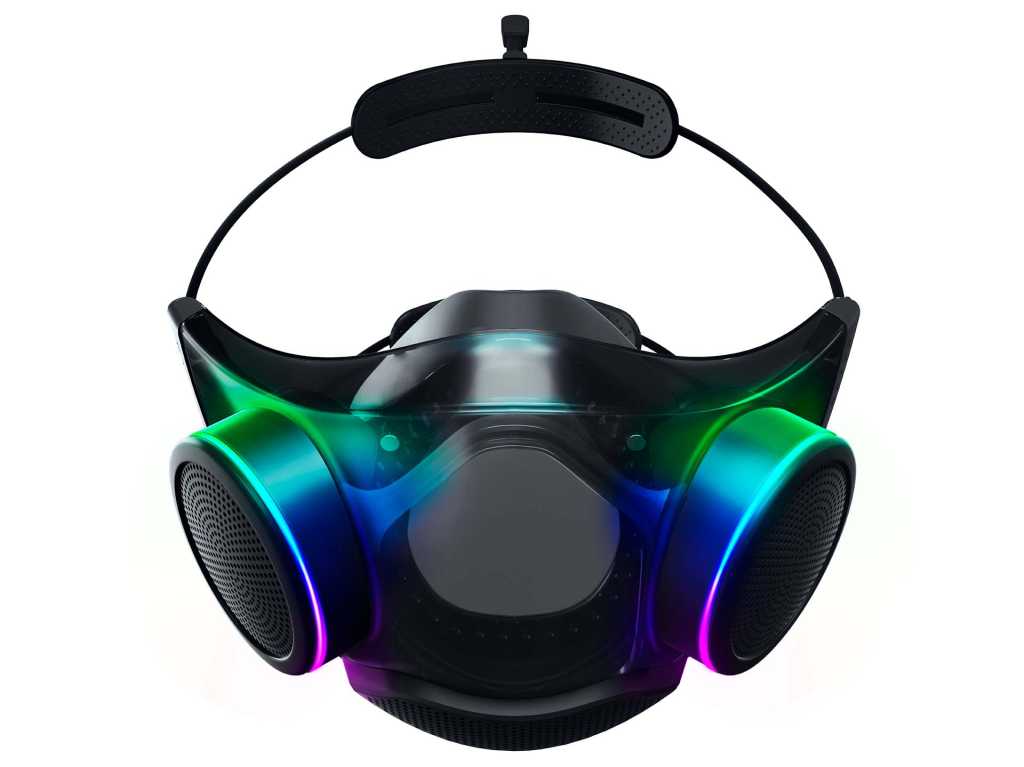 Razer originally announced its RGB mask at a virtual CES as a prototype dubbed “Project Hazel.” The company invited input on what features to include, such as a carrying case that would recharge the mask and simultaneously sterilize it with UV-C light. When you’re wearing it, RGB lighting would help illuminate your mouth and give your mask some flair.

In its final form, Razer’s Zephyr won’t have the sanitizing charge case, but it does retain the RGB and a cooling feature. The mask will feature two N95-grade filters that work on both inhalation and exhalation. That last part is key as many masks that feature breathing ports (such as 3M’s N95 8511 respirators) don’t actually filter air that exhale and can spread viruses, while the Zephyr does.

We’ll note that the Razer Zephyr isn’t an N95-rated respirator, which requires extensive testing by the National Institute for Occupational Safety and Health. In fact, Razer even goes so far as to say it isn’t a medical device, respirator, surgical mask, or PPE, and is not meant to be used in a medical or clinical setting.

That might scare you off but it’s actually standard boiler-place language applied to most masks and respirators that that haven’t had time to go through NIOSH certification. But given the mask’s silicone seal (which should offer a far better seal than surgical masks) and its N95 filters (which also filter smaller particles by creating an electro-static charge), we’d hazard it gives you far more protection than the old T-shirts you’ve been wearing over your face.

The Razer Zephyr’s replaceable filters are rated to last for three days before requiring replacement. The base package of the mask comes with 3 sets filters for $100. An additional 10 sets of filters will cost $30. The Zephyr starter pack will set you back $150, but comes with 33 sets of filters, which is good for 99 days of use.

One bummer? The Zephyr lacks the voice amplification feature originally teased with Project Hazel. Razer said it ultimately decided the weight of having an integrated amp and its power system made the feature unfeasible. You do however, get both internal and external RGB lighting. The external is for flair, but the internal is intended to light up your mouth so people can see your lips moving through the mask’s transparent window. The LED lighting can be programmed via your phone and Bluetooth. Sadly, there’s no voice reactive circuit integrated into the mask.

Razer also integrated a pair of fans that help suck air in and cool your face off. The fans are rechargeable via a USB port and will last about 8 hours on a charge. The company said the filtration works just fine with and without the fans, so don’t worry about being left unprotected if the battery dies on you.

The Razer Zephyr goes on sale today from Razer.com