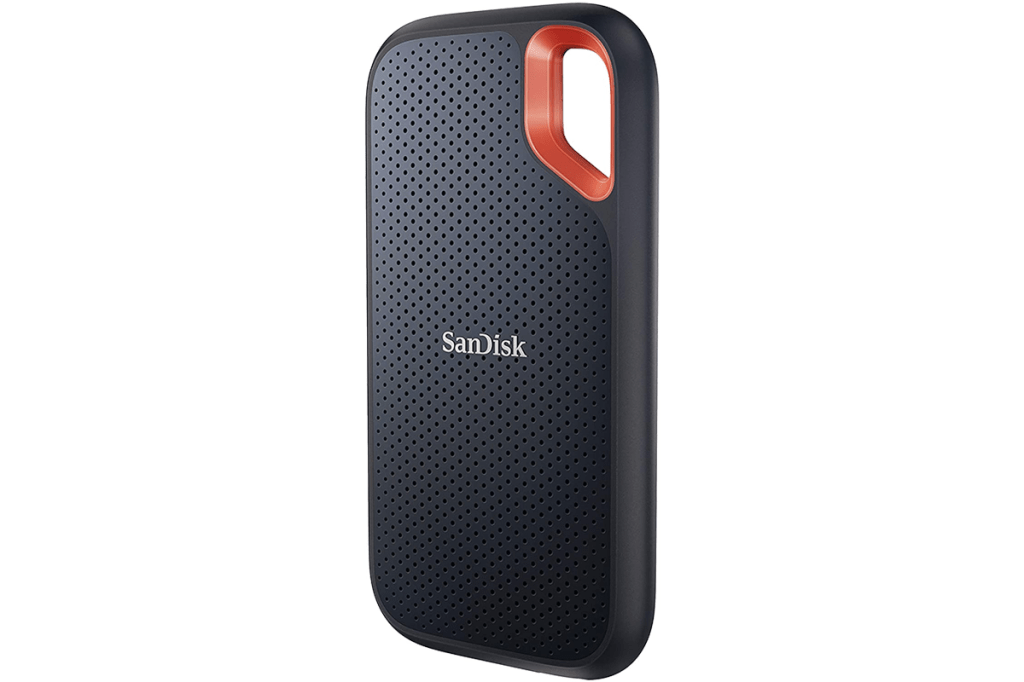 The popular cousin of our favorite high-performance external SSD is on sale at truly enticing price today. Amazon is selling the blazing-fast 1TB SanDisk Extreme Portable SSD for a puny $120. That’s more than half off the MSRP, and the all-time low.

We reviewed the Pro version of SanDisk Extreme Portable, giving it 4.5 out of 5 stars and an Editors’ Choice Award. The difference between that drive and this one is that the Pro is about twice as fast. If that interests you, the Pro version is also on sale for $210, in the same capacity, down from $230.

Back to the non-Pro. This version features sequential read speeds of up to 1050 megabytes per second, and 1000 MB/s sequential writes. In our tests on the non-Pro, conducted during the review of the Extreme Portable Pro, we found substantially lower speeds, but our tests were not performed using the Extreme Portable’s native USB 3.2 Gen 2. Instead we tested on USB 3.1 Gen 2 for the sake of consistency for comparison to other products. Regardless: It’s very fast.

This drive features up to 2 meter drop protection, IP55 water and dust resistance, and comes with a built-in Carabiner loop for those times you need to trek out into the wilderness with nothing but your laptop, a portable SSD, and a whole lotta gumption.

If you need a portable drive with a healthy capacity that’s also rugged and fast, you can’t beat today’s sale price. This is a killer deal.