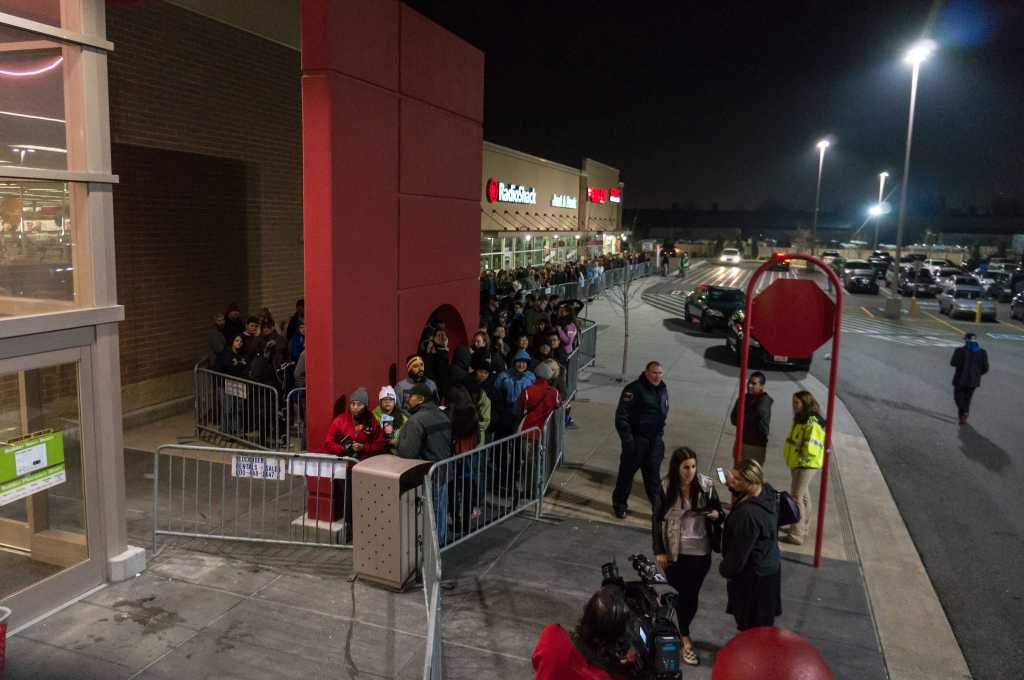 Hordes of people turn to Black Friday and other holiday sales for cheap PCs. On Thursday, Intel warned that there might not be many deals this year.

Intel reported its third-quarter earnings on Thursday, reporting mixed results: Profits and revenue rose, though the company also predicted that revenue would be flat heading into the fourth quarter, the traditionally strong end-of-year sales season. In part, that was due to a persistent worldwide chip shortage, which hindered the ability of PC makers to ship computers that included Intel’s chips.

That, in turn, will have a knock-on effect. PC makers will have to make adjustments, too, and they’ll be prioritizing products where they can make the most money: premium, pricey PCs. Speaking about expectations for the fourth quarter, Intel chief financial officer George Davis noted that Intel expects revenue in its PC components business, known as the Client Computing Group, to be flat due to PC makers passing over entry-level machines. “…Strong demand for our higher end products, bolstered by the launch of Alder Lake are being offset by weaker OEM demand for lower end products as they prioritize their limited component supply to support higher end system sales.”

Intel also confirmed that it would be formally launching its 12th-gen Alder Lake processor at the Intel Innovation virtual conference next week, after the company unveiled the details of the chip’s architecture earlier this year. Alder Lake will be the company’s first “performance hybrid” processor, building off its prior Lakefield design with a chip designed for performance, not battery life. Alder Lake will be surrounded by other, more expensive components, too, including the introduction of cutting-edge DDR5 memory.

The question is what will happen in those high-end PC markets. IDC (a division of IDG, which owns PCWorld) reported that while the U.S. PC market is softening, it’s still growing — about 3.9 percent, compared to a year ago. Supply still outstrips demand thanks to the component shortages.

Retail analyst tracker NPD has already reported that TV prices are at their highest point in at least a decade, with TV average selling prices climbing. That implies you’ll pay more for cheap TVs then you will in the past. It seems likely that PC sales will follow the trend. “Entry-level products across [consumer electronics] may be harder to come by this holiday due to component shortages,” NPD analyst Stephen Baker wrote. “This will drive consumers to trade up to more feature-laden products, with a higher price tag, to get what’s on their wish list.”

Instead, Baker added, peripherals will become presents, as consumers turn to cheaper items like mice and webcams instead.

Intel’s Davis reported that the chip maker is already seeing some of the first effects of that trend, with the strongest PC sales in commercial, desktop PCs, and higher-end consumer notebooks. There was weaker demand in the lower-end consumer segment and in the education market, he said. Pat Gelsinger, Intel’s chief executive, spent much of Thursday’s investor call trying to convince Wall Street that short-term investments and lower margins will pay off over the long term, as Intel tries to rush through five manufacturing process nodes in four years to regain manufacturing leadership. Intel chief executive Pat Gelsinger also reported that he expects that the “supply ecosystem” in the PC market will gradually improve throughout 2022.