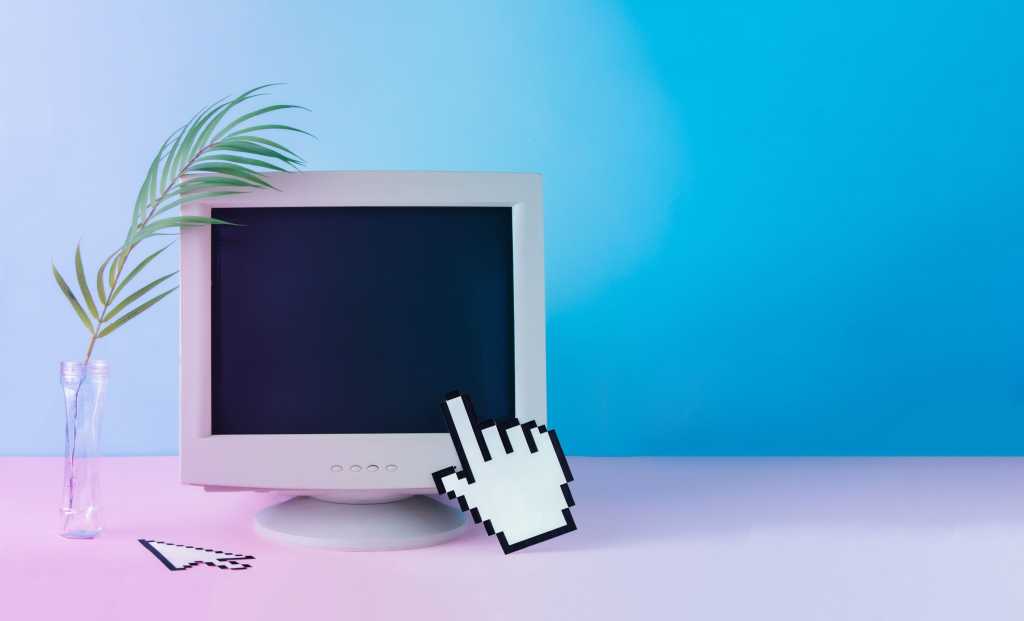 CRT monitors have surged back to relevance on a wave of nostalgia, driven by the exploding popularity of retro gaming. Unfortunately, most of the reviews, specification sheets, and comparison data that once existed has vanished from the Internet, making it difficult to know what you should look for while scanning eBay and Craigslist ads. This guide will get you up to date on this aging technology.

Why you (yes, you!) should buy a CRT computer monitor

CRT monitors fell from fashion with the same breathtaking speed as portable CD players and vinyl records. Three out of four monitors sold in 2001 were a CRT. But in 2006, Sony drew curtains on the era when it ceased production of new CRT TVs and monitors.

Still, CRTs have their perks. Most have a better contrast ratio and higher refresh rates than modern LCD monitors, so content looks richer and deeper. There’s a sub-culture of first-person shooter fans who swear FPS games always look best on a high-end CRT monitor.

A CRT is also a window into an entire era of media. Films, movies, and games produced from the dawn of television to around 2004 were created with a CRT in mind. You can enjoy older media on a modern LCD or OLED, but it will never look as originally intended. A CRT computer monitor is the most versatile, practical choice for tapping into nostalgia.

One quick note: This guide is for CRT computer monitors, not professional video monitors. PVMs are high-end CRT televisions. They’re amazing for retro console gaming but aren’t designed for use with a computer.

What CRT monitor brand is best?

Sony’s Trinitron dominates the conversation just as it does in the world of retro CRT televisions and PVMs. Trinitron computer monitors are excellent, easy to find, and come from Sony, a brand people still recognize today. Other outstanding brands include Mitsubishi, Hitachi, LaCie, NEC, Iiyama, and Eizo.

Dell, Gateway, HP, and Compaq monitors are less loved, but this can be an opportunity. Large PC manufacturers didn’t make monitors in-house but rebranded monitors from others, and some use the same CRT tubes found in Trinitrons and other brands. Deciphering what’s in a rebrand can be difficult, though, so you may need to take a leap of faith.

I don’t recommend fretting brands and models if this is your first CRT. Trying to find a specific monitor is frustrating and, depending on your dream monitor, can take years (or cost thousands of dollars). Still, keep brand in mind when negotiating price. A Gateway monitor with mystery specifications might look great, but it’s not worth top dollar.

CRT monitors are old, but newer is better

CRTs were improved and refined over the years. The oldest CRT monitors commonly sold are pushing forty years of age. They have a low maximum resolution, a low refresh rate, and small physical display size.

Newer CRT monitors, such as those produced in the mid-90s and the 2000s, will look sharper, handle reflections better, and have less noticeable lines or gaps in the image they display. You’re also find better on-screen menus with extensive image quality options.

Luckily, CRT monitors often have a label indicating the year or even month of production. This is printed on the rear of the display or might be found on a sticker in this same location. Newer is better, and a CRT built this millennia are best.

What size of CRT monitor is best?

I don’t recommend going below 17 inches unless you’re trying to replicate the experience of a late-80s or early-90s computer or have very limited space. Smaller CRT monitors feel tiny by modern standards. They also tend to support lower resolutions that are only ideal for enjoying older content.

There’s such a thing as too large, too, so be cautious about massive CRTs. A 21-inch CRT monitor can weigh 50 or 60 pounds. You’re unlikely to run into a CRT computer monitor larger than 21 inches, and if you do, it can weigh nearly 100 pounds. The Sony GDM-FW900, a truly epic 24-inch 16:9 CRT, is the most well-known of these rare beasts.

19 inches is the sweet spot. This size of CRT monitor remains manageable. It’s about as tall as a 24-inch LCD (though narrower, of course) and isn’t too hard to find. With that said, 17-inch monitors are more common and less expensive, so don’t hesitate to leap on a 17-incher if you find one.

What resolution of CRT monitor is best?

The importance of resolution depends on your use. I use my CRT monitor to run Windows 95/98 in a virtual machine, play late-90s PC games, and emulate console games. All of these were designed with lower resolutions in mind, so the content I’m viewing is usually at a resolution of 1024 x 768 or lower.

If you want to use a CRT monitor to play Doom: Eternal at insane refresh rates with near-perfect response times, however, you’ll prefer the highest resolution you can find. Resolution is not the final word on CRT monitor sharpness but in general a higher resolution will appear sharper.

What is dot pitch, and why does it matter?

Resolution doesn’t determine the sharpness on a CRT monitor. But if that’s true, what does?

The answer is a specification now hardly more than a memory: dot pitch.

Dot pitch is less important if you only care to use a CRT at lower resolutions. Late-model CRT monitors will be enjoyable at 800 x 600 or 1024 x 768 no matter the dot pitch listed on their spec sheet.

Shadow mask vs. aperture grill: Which is better?

A shadow mask or aperture grill is a filter a CRT computer monitor uses to make sure electrons end up where they should be. A shadow mask does the job with a metal mask of evenly spaced holes. An aperture grill uses an array of wires instead. Sony was the first to introduce aperture grill technology under the Trinitron brand name, but Sony wasn’t the only company that sold CRT monitors with an aperture grill.

That’s not to say shadow masks were trash. Hitachi and NEC put a ton of effort into shadow mask technology to rival Sony’s Trinitron and had success. A late-model Hitachi ErgoFlat or NEC ChromaClear is a great monitor. If you’re comparing two random, mid-range monitors, though, the aperture grill will probably be brighter and more attractive.

What refresh rate is best for a CRT monitor?

Obsessing over a CRT’s refresh rate is often not worth the trouble. CRT monitors feel smooth not just because of refresh but also thanks to fundamental differences in how an image is produced. Nearly all late-model CRT monitors support a refresh rate of at least 75Hz at their maximum supported resolution and look exceptionally smooth.

Should you buy a CRT monitor with a curved or flat screen?

Most CRT televisions and monitors have curved (also known as convex) glass. This was necessary to fix some problems of CRT technology. CRT makers found ways to overcome these issues by the mid-1990s and flat CRT displays hit the market. Shoppers loved them and flat-screen models dominated the final years of CRT production.

The big difference is the most obvious: Curved CRT monitors are curved, and flat CRT monitors aren’t. Your choice should come down to the “feel” you’re going for. A curved CRT will feel more accurate to a mid-90s PC or earlier, while flat screens were more common after the turn of the millennium. Those looking to use a CRT with modern software and games will prefer a flat screen as well.

Connectivity: It’s all VGA, except when it’s not

The vast majority of CRT computer monitors you’ll encounter have a VGA video input. This is likely the only input on the monitor. It’s an analog technology that most modern computers do not support, so you’ll need an active DisplayPort or HDMI to VGA adapter. I use a StarTech adapter from Amazon.

Be careful about the adapter you purchase. Many, including the one I purchased, have a maximum resolution and refresh rate below the best CRT monitors available. It works for me because I’m mostly driving lower resolutions and my CRT monitor is a mid-range model. But I would need to upgrade if I bought a better CRT.

While VGA dominates by far, it’s not the only input you might find. A handful of late-model CRTs support a version of DVI-A or DIV-I, which can provide an analog signal. CRT monitors from the 1980s might use a different video input. Commodore 1701 and 1702 monitors, for example, can use a composite input (just as you’d find on a CRT television).

How to buy the best CRT monitor: a cheat sheet

You now have the knowledge to find the perfect CRT computer monitor for you. If you’re feeling a bit overwhelmed, however, here’s a cheat sheet.

Where to find a CRT monitor

There’s no secret to finding or buying a CRT monitor. You will need a lot of patience or a lot of money.

The fastest way to buy a CRT monitor is eBay or Etsy. Hundreds of CRT computer monitors are available, including many that fit the recommendations of this guide. You’ll have to spend several hundred dollars, however, and you can’t see the monitor before buying. Shipping is a gamble, too. Many fine CRTs have met their demise in the hands of Fedex.

Local listings like Craigslist, OfferUp, and Facebook Marketplace can help you find a more affordable monitor, but stock can be limited depending on your location. Rural readers may have to search for months or drive long distances. Try to test the CRT before you buy, especially if it’s not sold at a low price. Ask the seller to have it connected to a PC when you arrive.

Don’t neglect searching offline. I snagged my current CRT computer monitor for free from someone a few blocks away who decided to put old electronics on the curb. Yard sales and estate sales are great, too. They can be a grind if you don’t enjoy the search, but you’ll spend a lot less than you would online.

Put out the word, as well. Post on social media about your search and ask relatives if they have a hidden gem. CRT monitors aren’t easy to move or dispose of, so they’re often stuffed in a closet, attic, or basement. Many people will let you have a monitor to get it out of their hair.

Good luck on your search. Just remember: The best CRT monitor is the one you own. Don’t be too harsh on the CRTs you come across. Your first task is finding one that meets your needs and reliably works. After that, you can get picky.