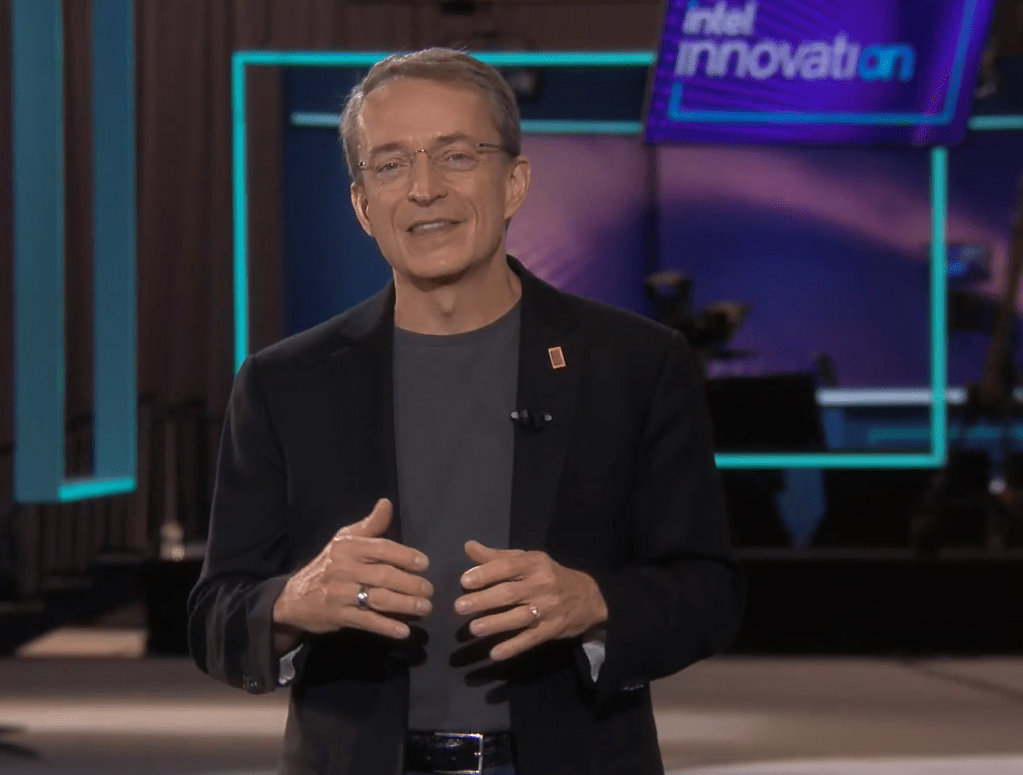 Intel chief executive Pat Gelsinger said Wednesday that he expects Intel to maintain or even supersede Moore’s Law for the next decade, revving up the pace of Intel’s manufacturing, despite having slowed down just a few years ago.

Gelsinger also said he believes the progress of manufacturing innovation will be unique to Intel, and that rivals will be unable to keep up.

It’s no secret that while silicon manufacturing has been the foundation of much of Intel’s success for generations, there’s been a fundamental limitation: Moore’s Law, which has proven to be surprisingly prescient in determining how quickly chips can be made more powerful. Historically, the “law” (really an axiom) has been that transistor density doubles over a fixed period, usually 18 months to two years. That, in turn, governs how fast processors can operate, and, conversely, how much power they’ll consume.

“Moore’s Law is alive and well,” Gelsinger said. “Today we are predicting that we will maintain or even go faster than Moore’s Law for the next decade.”

“We are entering a period of sustained if not ‘super’ Moore’s Law,” Gelsinger added. “We expect to even bend the curve faster than a doubling every two years. And we will not rest until the periodic table is exhausted. We as the stewards of Moore’s law will be relentless in our path to innovate in the magic of silicon. Like I said, Moore’s Law is alive and very well.”

Intel’s manufacturing resurgence is predicated on several different aspects, as the company has outlined before. For one, Intel is moving to Extreme Ultraviolet, a lithographic technique that replaces visible light as it carves out the silicon transistors from the wafers themselves. EUV equipment will be available to other semiconductor manufacturers, but Gelsinger said Intel will have an advantage with what is known as High-NA EUV, essentially the second generation of EUV equipment. Second, as Intel outlined in July, it’s moving to a new transistor model, known as RibbonFET, as well as a “backside” power delivery system. Finally, Gelsinger noted that even Gordon Moore, the “author” of Moore’s Law, highlighted the importance of packaging. Intel’s Foveros Omni model allows the chip die to expand in a vertical direction.

“You know, I think we’re going to be comfortably ahead of anybody else in the industry,” Gelsinger said. “I don’t think it’s that nobody else is going to be participating. But I expect as we look at those coming together, you know, we’re just going to be adding advantage over these four domains, as we look out over the rest of the decade.”

Intel launched its 12th-gen Alder Lake Core chip on Wednesday, a day after AMD reported third quarter earnings that included a much more optimistic fourth-quarter outlook than Intel’s own. AMD, however, uses third-party TSMC as its chip foundry, while Intel prefers to almost exclusively use its own fabs.