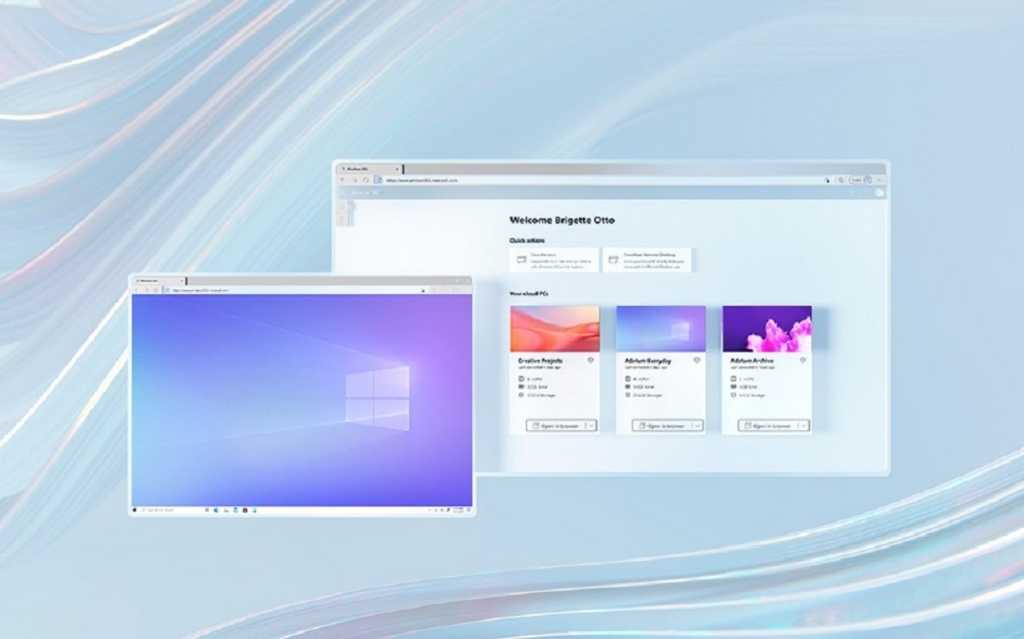 Interestingly, Microsoft didn’t say that Windows 11 would run on supported hardware, even on the cloud. Instead, the Windows 11 version of Windows 365 will run on top of what Microsoft calls a “virtual Trusted Platform Module,” instead. That virtual TPM, as well as the Windows 11 option, is now immediately available, Microsoft said Tuesday at its Ignite conference.

Windows 365 runs similarly to Netflix or many other cloud-hosted apps. In the case of Netflix, you can fast-forward the stream, and the server responsible for streaming the movie will adjust the stream accordingly. Windows 365 allows you to tap your keyboard or click your mouse, and your interactions are fed up into the cloud, too. Here, Microsoft is adding a few new tweaks: Enhancements to windows365.microsoft.com allow users to change local resource settings such as printers, microphones and keyboards on demand, Microsoft said. Microsoft is adding some improvements to Microsoft Teams and Office, too.

Microsoft also made a tweak that allows IT admins to pull a user’s access immediately, rather than wait the normally required seven days, Microsoft said.

When Microsoft launched Windows 365 this summer, it told users that Windows 11 would be coming eventually. Microsoft is still saying that with Windows 365, you’ll be able to leave your dedicated PC at home and work on “any device” in a pinch, including your Mac, your iPad, or your Android or Linux device. Microsoft didn’t announce any changes to some of the quirks of Windows 365, such as its outbound data cap and the lack of downgrades to its virtual hardware.

Microsoft also said Tuesday that the company will add the scheduling and deployments of Windows feature updates into Intune, its enterprise software management service.