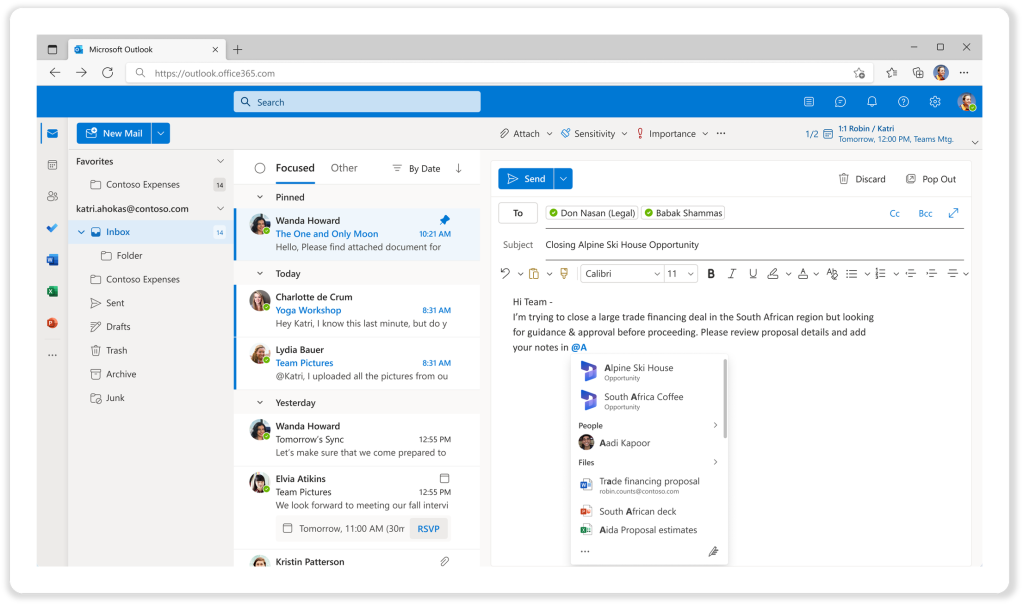 Microsoft Editor, the quietly helpful assistive technology that suggests edits in Word, Microsoft Edge, and elsewhere, has improved yet again. It now uses an AI-driven technology called Context IQ to actually predict what you’ll write next.

If you’ve used Google and Gmail, this may not be particularly impressive, as Google has suggested words and phrases for years. Smartphone keyboards do it, too. What Context IQ does is to use what Microsoft knows about you and your colleagues to eliminate some of the busy work in your workday. Microsoft announced the new Context IQ capability for Editor at its Ignite virtual conference on Tuesday.

Microsoft Editor, presumably with Context IQ included, can be downloaded for free both Microsoft Edge and Google Chrome. You’ll need to subscribe to Microsoft 365 to take advantage of it, though.

Specifically, Context IQ and Editor will include familiar tasks within the Office/Microsoft 365 ecosystem, just in a different setting. Editor with Context IQ will recognize when you want to set a meeting, for example, and it will scan your calendar and those who you want to meet with to suggest a time in the context of what you’re writing. Editor will also try and guess who you should be meeting with or communicating with based on those you’ve shared a file with — and will try to guess and link to relevant files, too.

Probably the more impressive trick will be to simply “know” the little bits and pieces of your digital life that you’d normally have to look up, such as your frequent flyer number when trying to enter it when booking a flight online. Here, the proof will be in the pudding; browsers do a good job storing credit-card information and addresses, and filling them in unprompted. If Editor can start to take over some of these other facets of your digital life, it will be helpful, indeed.

The catch, of course, is that you’ll need to allow Microsoft permission to include these nits and pieces of your digital existence, and it’s not clear where these permissions will live — in the Editor settings within your browser? In Windows? There’s always a tradeoff between convenience and privacy, and we’d bet that Microsoft won’t be alone in its push to simplify your digital life by knowing as much about you as it can.