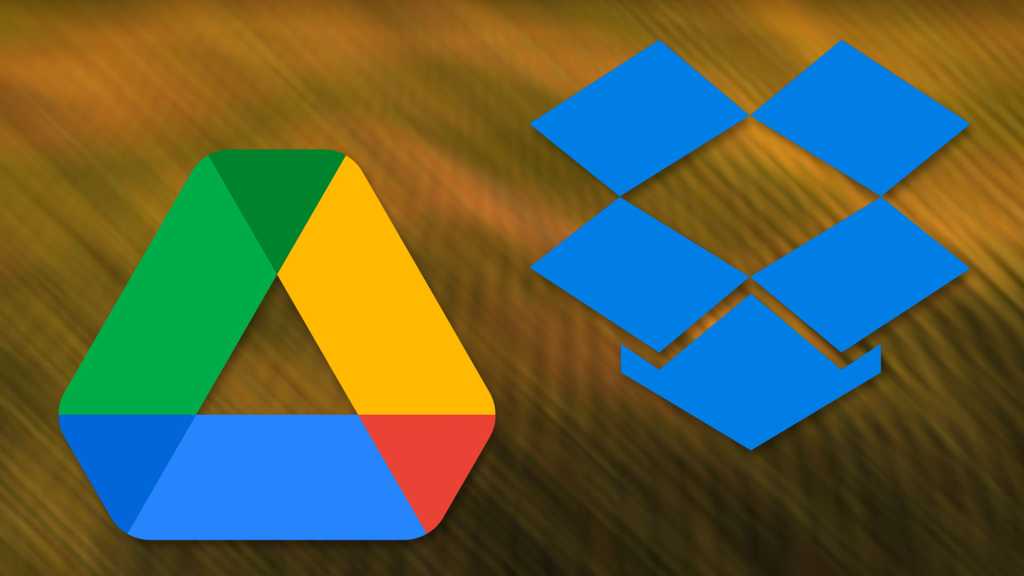 Google’s Drive and Dropbox are two of the most popular options for cloud storage and backup. Which makes sense, because the two platforms compete with each other intensely. Which one is right for you? That’s a complex question, and it comes down to several factors: your budget, your total backup needs, and which platforms you want to use them on.

Unsurprisingly, Google Drive works best if you’re heavily invested in Google’s other systems: Android, Chrome OS, and the Google Workspace suite of web apps. It’s also a better value in general. Dropbox is a better choice if you’re more concerned with speed and performance, and are willing to pay for it.

At the consumer level, both companies offer at least one approximately comparable plan for cloud storage. Here’s a quick breakdown of the various plans and prices:

As you can see, Google Drive (also known as Google One) offers both more initial, free storage, and more and cheaper options at different levels of storage. Dropbox users can boost their free storage by getting friends to sign up with referral codes, up to 16GB. But making users essentially do your marketing for you to get what’s free elsewhere isn’t a great value proposition.

Both companies offer discounts for paying yearly instead of monthly. But in terms of bang for your buck, Dropbox really only makes sense for individual users who want up to two terabytes of storage, or for teams of users who need an absolutely huge amount: more than Google Drive’s maximum 30TB.

Also, while Google allows free users to access Drive from anywhere and on unlimited devices, Dropbox makes users pay for more than three devices to have easy access via dedicated apps. You can get around this limit by using the Dropbox browser tool, but it’s a pretty huge barrier for free users.

Google also wins out on integration with different platforms. The Google Drive system is built into most Android phones and tablets, all Chrome OS-powered devices, and it’s the default way to save files in Google Docs and other Google Workspace tools. On top of that, Google Drive/One apps are available on iOS and Windows, allowing for easy uploads and downloads.

Dropbox is also available pretty much everywhere, but its integration is less seamless on mobile and Chrome OS. While it’s possible to upload and download to Dropbox on almost any platform (via the browser if not a dedicated app), it may take a few more steps. The three-device limit on a free Dropbox account is a big limiter here, too.

Both Google Drive and Dropbox integrate with a variety of other often-used services, like Microsoft Office, Slack, Adobe Creative Cloud, Zoom, et cetera. Dropbox even lets you sign in with a Google or Apple account, if you like.

While Google is a clear winner on value, and they’ve made it easy to access your files on multiple platforms, Dropbox still has an edge on usability, in my opinion. Google Drive tends to treat its storage as one big pool of data, and while it has support for the basic directory system of folders most PC users are used to, the platform would prefer you to use its built-in search tools.

Dropbox, on the other hand, assumes that you generally know where you put your stuff, and makes it easy to navigate through folders and sub-folders either on an app or in a desktop directory. It’s not effortlessly intuitive, but it’s familiar to anyone who’s been using desktops and laptops for most of their adult lives. It’s a PC-first approach, rather than the (perhaps understandable) mobile-style interface of Drive.

While Google Drive is by no means slow, Dropbox gets the edge in performance, too. When trying to upload massive amounts of both large and small data, Dropbox gave me consistently faster upload speeds. That’s a notable consideration if you plan on hitting your storage hard and frequently.

Dropbox also has a feature that makes it faster to send files around your local network: LAN sync. This tool allows files added to your Dropbox account to start copying over local Ethernet or Wi-Fi connections even before they’re fully uploaded to the cloud. In practical terms, this makes a file added on your phone (say, a new photo you took of your pet) appear almost instantaneously in the Dropbox folder on your Windows or MacOS computer, so long as both devices are connected to the local network.

It’s a small but crucial advantage if what you’re really looking for is a bucket of syncing storage that’s quick and easy to access.

As you might expect, Google comes out ahead in terms of sharing storage between family members. While Google One plans can be shared with up to five extra family members (for a total of six users) on the cheapest $2 a month tier, Dropbox only unlocks this option once you start paying $20 a month for 2TB of storage.

Individual files can be shared easily on both platforms, and there’s not much of a difference between Google Drive and Dropbox if you’re sharing accounts. But unless you need a truly massive amount of storage on Dropbox, Google Drive is better in terms of value if you want to share that storage between two or more users.

Both systems offer tools to back up your PC’s files to the cloud in a system-wide fashion… sort of. While it’s certainly possible to treat Google Drive or Dropbox as a cloud backup system, these platforms really aren’t designed for a regular emergency backup. Their slow upload speed and cumbersome backup tools put them well behind dedicated services like Carbonite or Backblaze. I wouldn’t give either one extra points of this feature. (For more on this topic, see our roundup of the best cloud backup services.) 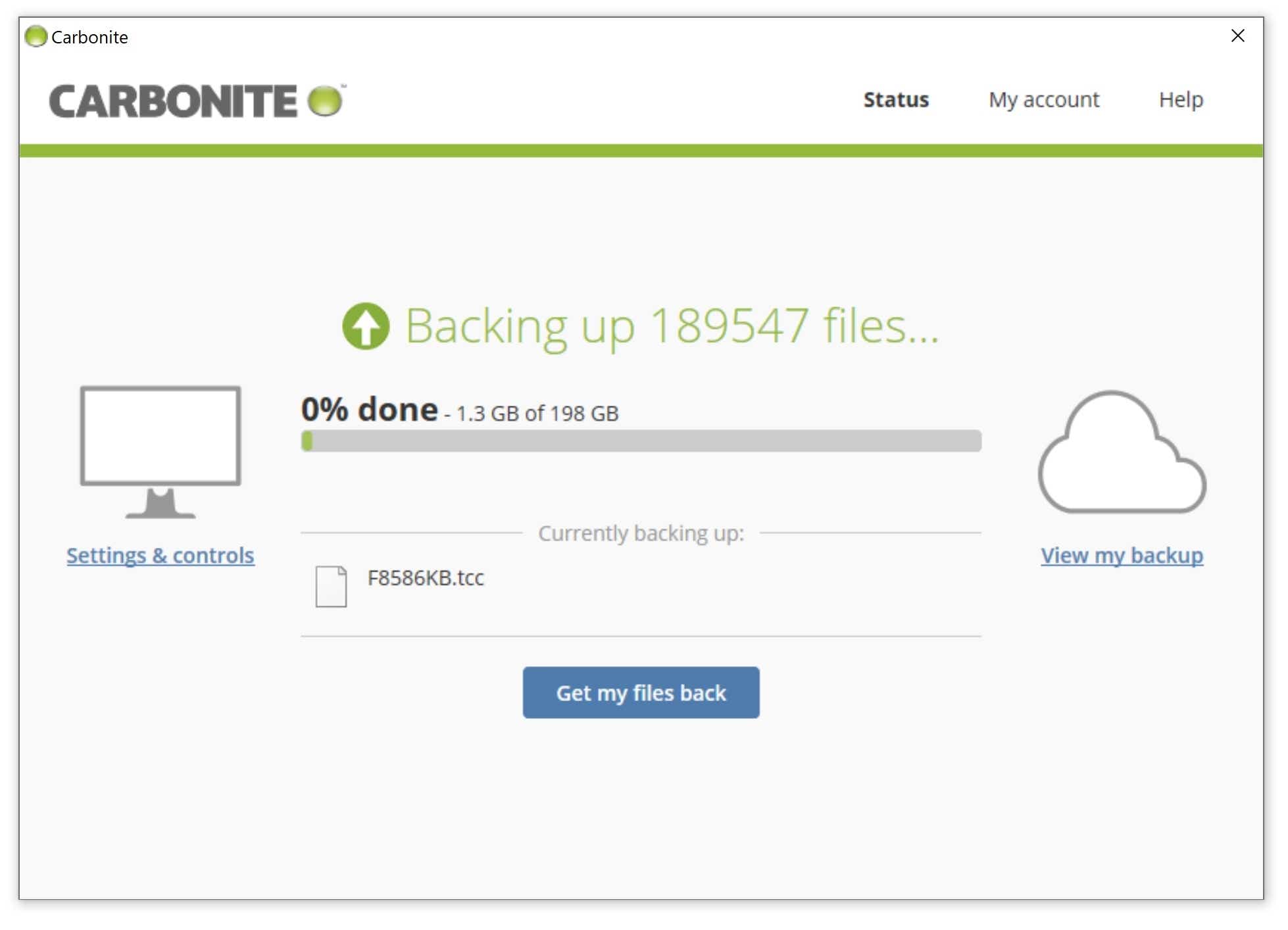 On top of the above tools, there are less tangible advantages to both systems. Purchasing extra Google Drive storage via the Google One system gets you:

How about Dropbox? Once again, Dropbox is more stingy with its tools, unlocking some of its more premium options under more expensive consumer or business accounts. Even the full text search, a fairly basic tool that you can perform yourself on local files in just about any OS, isn’t available at the free tier. Once again Dropbox’s more stingy nature is hurting it in this comparison.

Google Drive is the clear winner

While Dropbox has a superior interface and user experience (at least for people who prefer conventional PC-style file systems), and its performance and LAN sync tools can leave the competition in the dust, Google is offering a better product and a better value on almost all other points of comparison.

From the price of premium storage, to integration with desktop and mobile operating systems, to less tangible bonuses as part of the Google One system, Drive is a clear winner. That’s doubly true if you’re looking to stick to free tools.

Which isn’t to say that Dropbox is necessarily a bad choice. That extra performance and better interface might be worth it, especially for users who don’t necessarily need the massive amount of storage Google offers. Just be aware of the trade-off in value.