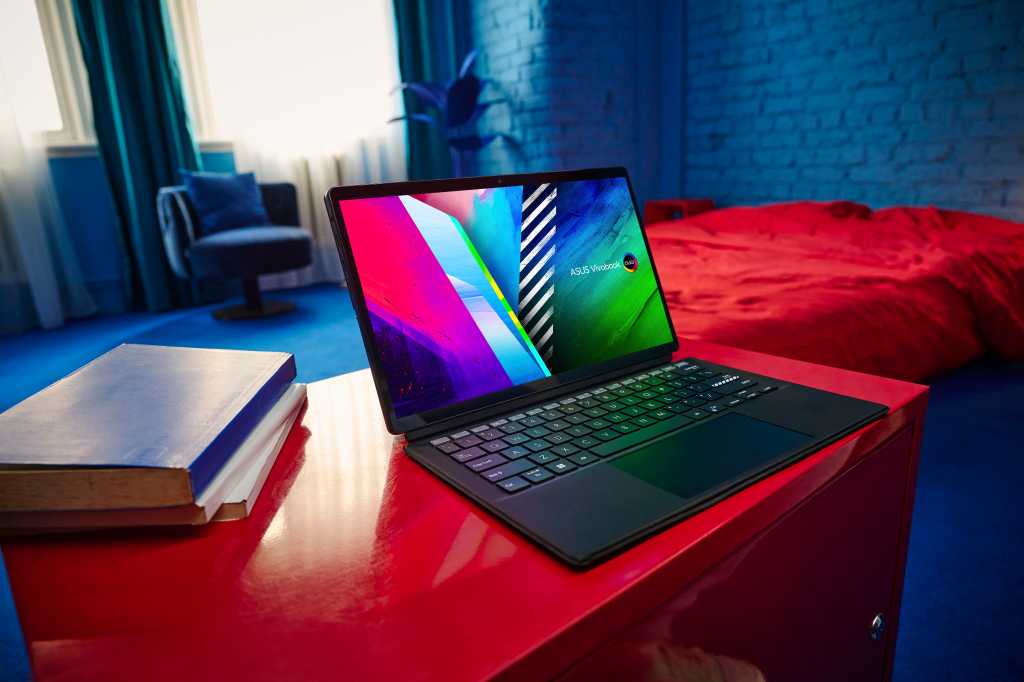 A Windows tablet with a luscious OLED screen may finally be affordable thanks to Asus’s new $599 Vivobook Slate 13 OLED.

The 2-in-1 tablet features a magnetic detachable keyboard that gives it a Surface Pro-like use style. Unlike the Surface and similar tablets though, the Vivobook Slate’s magnetic kickstand allows for both a traditional horizontal mode and a vertical mode.

The screen and its price are the big news though. The 13.3-inch OLED panel in the Vivobook Slate 13 OLED rolls a 16:9 aspect ratio with a resolution of 1920×1080. It’s rated at 550 nits of peak brightness, has a 100 percent DCI-P3 color gamut, and is Pantone validated for color accuracy. 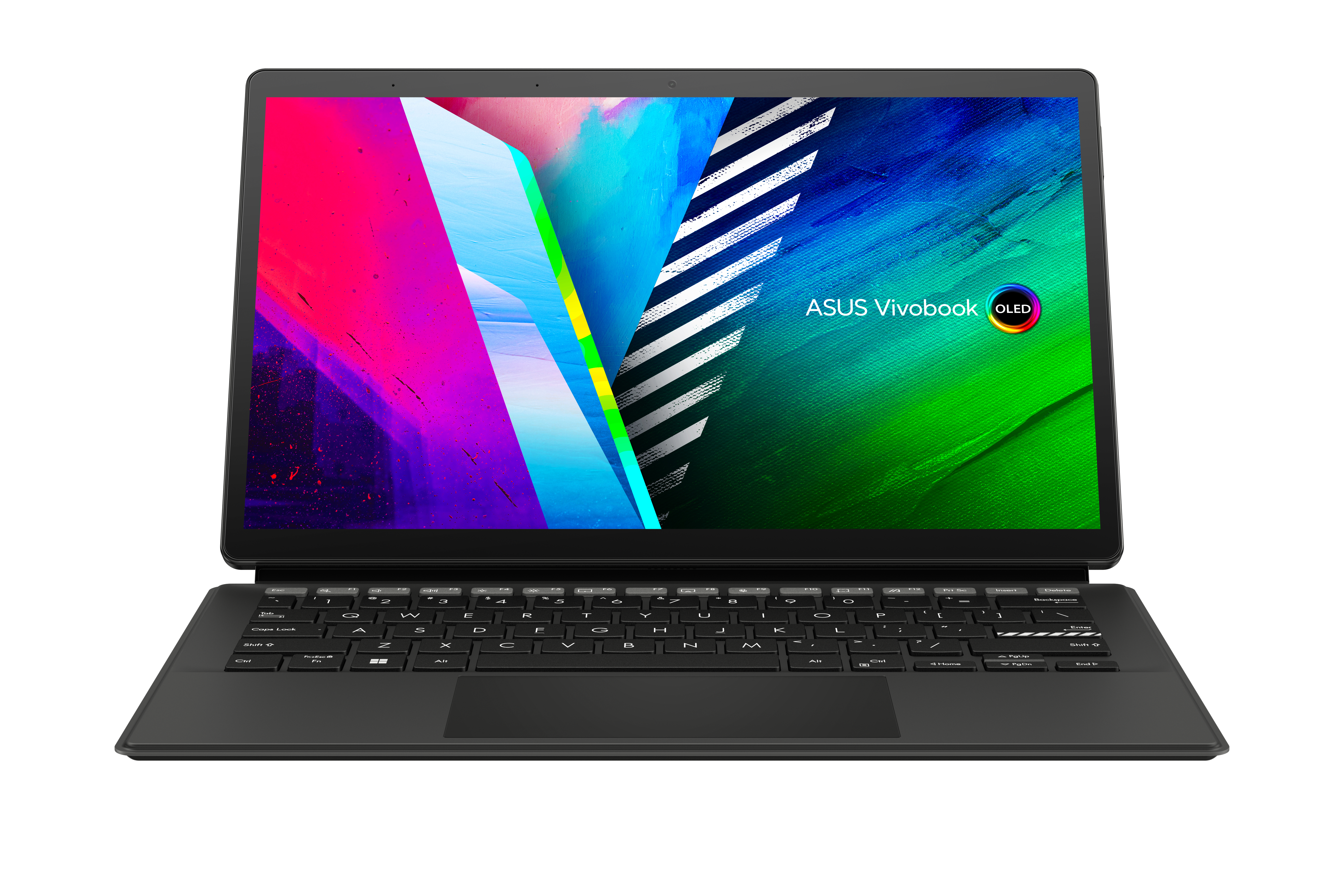 OLED panels have long been premium features in Windows devices, so the Vivobook Slate 13 OLED’s appealing price of $599, with a pen and keyboard cover, means the floor just got a lot lower.

Part of that lower cost though comes from the CPU choice. Rather than a pricier Intel Core or AMD Ryzen chip, this 2-in-1 is based on a quad-core Intel Pentium Silver N6000 CPU with up to 3.3GHz clock speeds. You may wrinkle your nose at the idea of Pentium N-class chip, which have been synonymous with meh performance in the past, but this isn’t your 10-year-old’s CPU.

The Pentium Silver N6000 features a new Gen 11 graphics engine with 32 EUs, a new media decode and encode engine, and is built on a 10nm process. So don’t turn up your nose just yet.

The Vivobook Slate 13 OLED comes with Windows 11, and Asus seems to have designed it for what a lot of people do with tablets: watch video. To help with that, Asus has integrated quad-speaker support and Dolby Atmos.

The Vivobook is charged via either of its two USB-C ports, which can also be used to charge the included pen, too. The pen itself features 4,096 levels of pressure and a 266Hz sample rate.

It’s not just a tablet though—it’s also a pretty decent laptop thanks to a keyboard with 1.4mm of travel.

The 1.7-pound tablet will be be available this month at $599 with 4GB of LPDDR4X of RAM and 128GB of eMMC storage. Asus will also offer configurations with 8GB or 16GB of RAM as well as faster 256GB M.2 NVMe SSD storage.