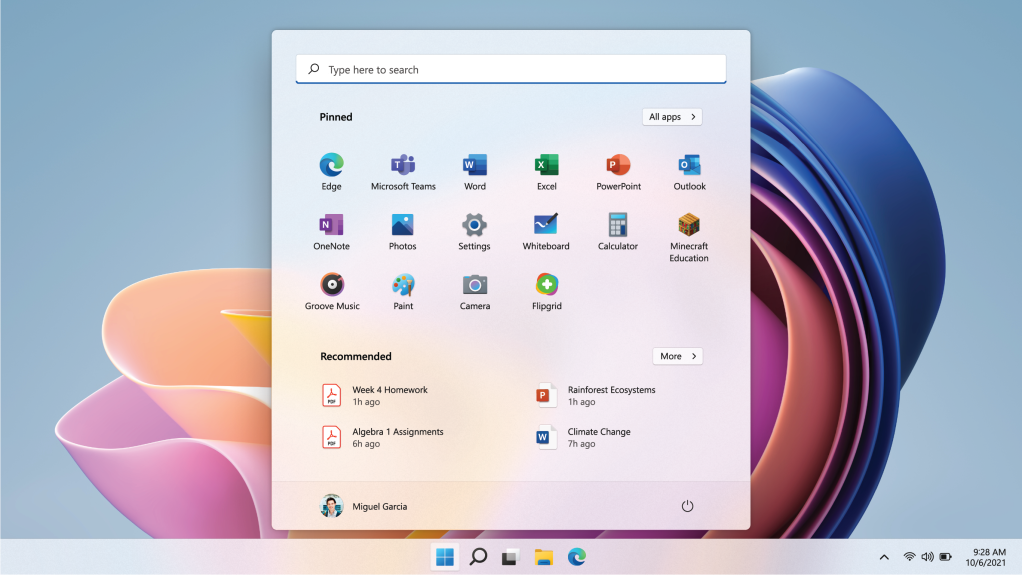 On Tuesday, Microsoft unexpectedly announced a “simpler” version of Windows, Windows 11 SE, in its latest effort to push aside Chromebooks and make Windows the operating system of elementary- and middle-school classrooms.

The new operating system has won the approval of hardware developers, too, Microsoft said. Classrooms and parents will have the option of buying Windows 11 SE PCs from Acer, Asus,
Dell, Dynabook, Fujitsu, HP, JK-IP, Lenovo, and Positivo. Even more surprising, Microsoft said it will debut its cheapest Surface yet, the $249 Surface Laptop SE. They’ll be available beginning later this year, Microsoft said.

For years, the American classroom has been a battleground for the major tech players, beginning with basic Commodore computers, then moving to early Windows PCs, Apple Macintoshes, and even iPads. In 2011, however, Google moved Chrome OS off its own CR-48 pilot laptops and onto the first Chromebooks from Acer and Samsung. For the last decade, Google-powered Chromebooks have been growing in might, influence, and features, enough to make the decision between buying a laptop and a Chromebook an important choice.

It should be no surprise that Chromebooks surged during the pandemic, or that Microsoft is making a renewed push into that territory. Chromebook sales soared as kids turned to remote schooling and parents hunted down the technology that they would normally use in the classroom. According to Canalys, Chromebook sales erupted a massive 275 percent year-over-year during the first quarter of 2021, after climbing even higher during 2020. For the year, Chromebooks even outsold Macs, according to analyst firm IDC. (However, Canalys reported on November 1 that Chromebook sales fell 37 percent from a year ago, as students returned to the classroom. Mercury Research reported similar findings in the PC CPU market.)

Microsoft is only talking about Windows 11 SE in vague terms, though company representatives followed up with more specifics on how it will differ from Windows 11. According to a blog post authored by Paige Johnson, the vice president of education marketing at Microsoft, educators have told Microsoft that “they need options that are simpler, secure, and work on more affordable devices.” Johnson described Windows 11 SE PCs as “distraction-free” and easy to manage.

According to screenshots Microsoft provided, Windows 11 SE looks exactly like Windows 11. But there’s a few key differences. For one, Microsoft did away with the distracting Widgets menu in Windows 11 SE, according to an email sent by a company representative. Apps will be launched in full-screen mode by default, too. Unlike Windows 11, kids using a Windows 11 SE PC will only be able to run two apps side-by-side, rather than four. Finally, the Start menu will only include four “Recommended” files to help kids find what they need, the representative said.

Johnson also said that the new PCs will be optimized for the most-used education experiences, including Microsoft 365, and that they’ll be configured specifically for both online and offline experiences. Microsoft called out Word, PowerPoint, Excel, and OneNote as apps that will be included on Windows 11 SE PCs. As you might expect, a Windows 11 SE PC would allow the student to work offline. Students will be able to sync files with OneDrive locally, which will then connect and sync with the cloud when back online. Naturally, school administrators will be able to manage Windows 11 SE devices via InTune for Education, keeping them up to date behind the scenes.

For years, Windows 10 S and now Windows 11 S have forbidden users to download or sideload third-party apps like Chrome or Zoom in the interest of security. But as Zoom’s usage soared during the pandemic and users switched out of Windows 10 S to accommodate it, it’s likely that Microsoft simply relented.

Well, sort of. While Microsoft will allow apps outside of the Microsoft Store to be loaded onto Windows 11 SE devices, only the IT admins will be able to perform those tasks, a company representative said. That sounds like it will prevent kids from loading apps willy-nilly. According to Johnson, Windows 11 SE also includes “broad support for web-based learning apps,” though it’s unclear whether Microsoft is simply talking about supporting something like Zoom’s web app versus a true standalone, downloadable application.

Finally, it’s unclear what will eventually happen to Windows 10 S / 11 S as a result of Microsoft’s new operating system. Microsoft originally launched Windows 10 S in June 2017 as a solution “streamlined for simplicity” for schools, similar to the language Microsoft used to describe Windows 11 SE. But Windows 11 SE certainly seems like a middle ground between Windows 11 and Windows 11 S, and possibly an altogether wholesale replacement. For now, though, both will exist: “Windows 10 in S mode is still a great option for people looking for a general streamlined Windows experience, and in fact, it continues to ship in devices like Surface Go 3,” a company representative said.

If we had to guess, however, we’d expect that Windows 11 SE will eventually be the “new” Windows 11 S, one that’s simply more forgiving than in years past.