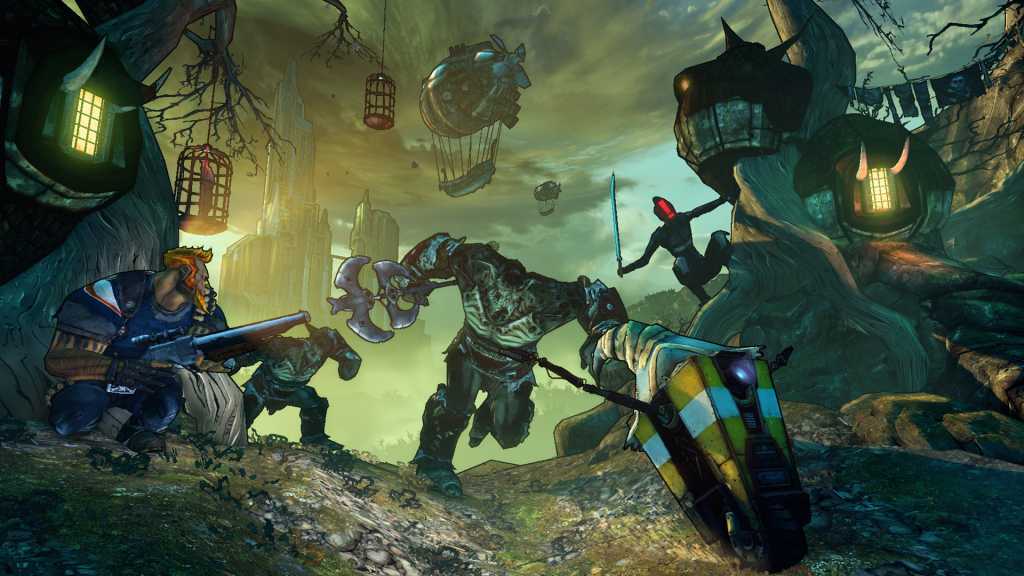 Borderlands is a series known for its particular brand of humor. But as sarcastic and goofy as the main games are, the DLC takes it up a notch, starting with space zombies and getting progressively weirder. Tiny Tina’s Assault on Dragon Keep, the final and most out-there DLC for 2012’s Borderlands 2, is now being sold as a standalone game. And, for the next few days, you can pick it up for free on the Epic Games Store.

Tiny Tina’s Assault on Dragon Keep stars the titular tween, a foul-mouthed side character from Borderlands 2 (expertly voiced by Ashly Burch, who also plays protagonist Aloy in Horizon: Zero Dawn, among many others). Struggling to process the grief following the death of a friend in the main game, she invites players to join her in a session of Bunkers & Badasses, a pen-and-paper role-playing game that will be familiar to anyone who’s ever rolled a D20.

The action then switches to the in-universe RPG, with players going through a fantasy narrative as told by Tina. Gameplay is more or less the same as regular Borderlands — go around big environments, shoot everything that moves, bring along some co-op friends if you can — but it’s an extended riff on fantasy movies and video games. The DLC’s story is filled with callbacks to the main game, and there are some surprisingly touching moments as the characters come to terms with some of its less examined low points. It isn’t necessary to have played through the Borderlands 2 story to enjoy it, but it’s highly recommended.

On consoles and Steam, the game is $10, but if you mosey on over to the Epic Games Store on PC, you can add it to your account for free between now and November 16th.