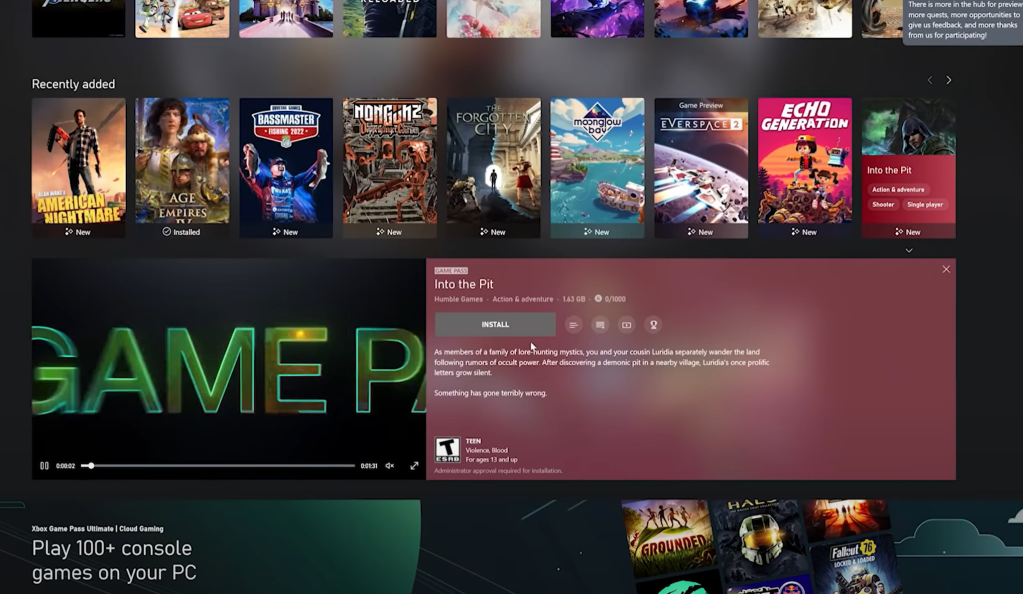 Microsoft said Thursday that it’s preparing to offer gamers the ability to save PC games downloaded from its Xbox store in whatever location they’d like, which allows greater access for modding them. It’s a freedom that other games stores have offered for years.

It’s a small but important change for PC gamers. Currently, if you download a game from the Xbox Game Store on PC (or via Microsoft’s Game Pass), Microsoft will allow you to store the game on a specific folder on the local hard drive or SSD. This area is locked by Microsoft with its own directory name and file structure.

Xbox Insiders will be able to test out a new update on the PC app that will allow users to choose their own file directory name for storing games, making them easier to find. The file folder and game files will be unlocked, meaning that users will be able to apply mods — third-party patches that change the way that the game looks and plays.

Microsoft has wrestled with the mod issue before. In 2020, Microsoft dipped its toe into modding Game Pass games via the Xbox app, but they only offered a limited selection of games. Unlocking the installation folder to allow for modifications seems much more in line with the traditional PC experience and one offered by additional game stores like Steam or Epic.

What’s not totally clear is whether you’ll be able to download Xbox games via PC and store them to an external drive. In an announcement video hosted by Megan Spurr, community lead for Xbox Game Pass, and Jason Beaumont, partner director of experiences with Xbox, Beaumont showed off an example where the user had the ability to choose any folder on the C: drive, a PC’s internal hard drive.

Since games often place the biggest demands on PC storage, being able to store those games on an external drive matters — especially with gaming PC makers saving money by limiting storage space to 512GB or so. Both Steam and Epic allow you to store and run games from an external drive. We’ve asked Microsoft for clarification on this last point. We’ll update the story when we hear back.

Remember, this capability is only available to Xbox Insiders on PC. According to Microsoft, this feature will be coming “soon.” If you’d like to become an Xbox Insider on PC, you can download the app here and help Microsoft test out these new features.