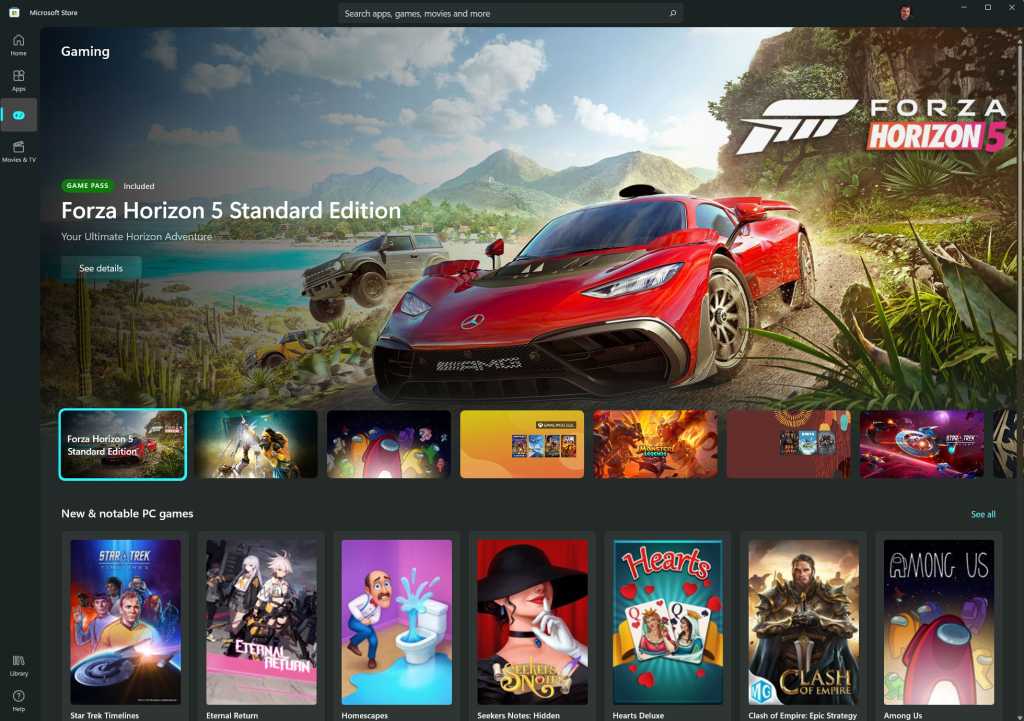 The Windows Store has been terrible for years, mocking Microsoft’s attempts at a more mobile-style integrated platform on Windows 10. The company seems to have learned at least a couple of lessons from its failures. The Windows 11 version (now rebranded “Microsoft Store”) is a notable improvement when it comes to design, though still “somewhat lifeless” due to a lack of overall content, according to PCWorld’s Mark Hachman. Microsoft apparently likes the new version so much that it’s bringing Windows 11’s revamped Store app to users still on Windows 10, starting now.

Windows 10 users are seeing the shiny new Microsoft Store experience pop up after a background update to the operating system. Bleeping Computer noticed the upgrade going out late last week. The most obvious change is a shift to the new interface, but there are under-the-hood upgrades as well. The Microsoft store can now handle a wider array of program types, from the ultra-thin Progressive Web Apps and Universal Windows Platform (UWP) applications to heavier Win32 and .NET programs, among others. Future upgrades coming to both Windows 10 and Windows 11 will allow the dedicated Xbox app to download PC games to user-selected directories with better support for mods.

Most Windows 11 users still lack the much-ballyhooed support for Android apps which was showed off at its announcement — and which might help overcome the UWP format’s inability to catch on. (MacOS and Chrome OS can install apps from iOS and Android, respectively.) But that’s one feature that, as far as we know, won’t be making its way back to Windows 10 when it becomes widely available.

The updated Windows Store experience will be rolling out to Windows 10 users in phases over the next month or so. The change is welcome, but don’t expect fundamental changes off the bat. As we said in our Windows 11 review, “There’s so much that Microsoft needs to fix with its Store app that goes beyond simple UI.”