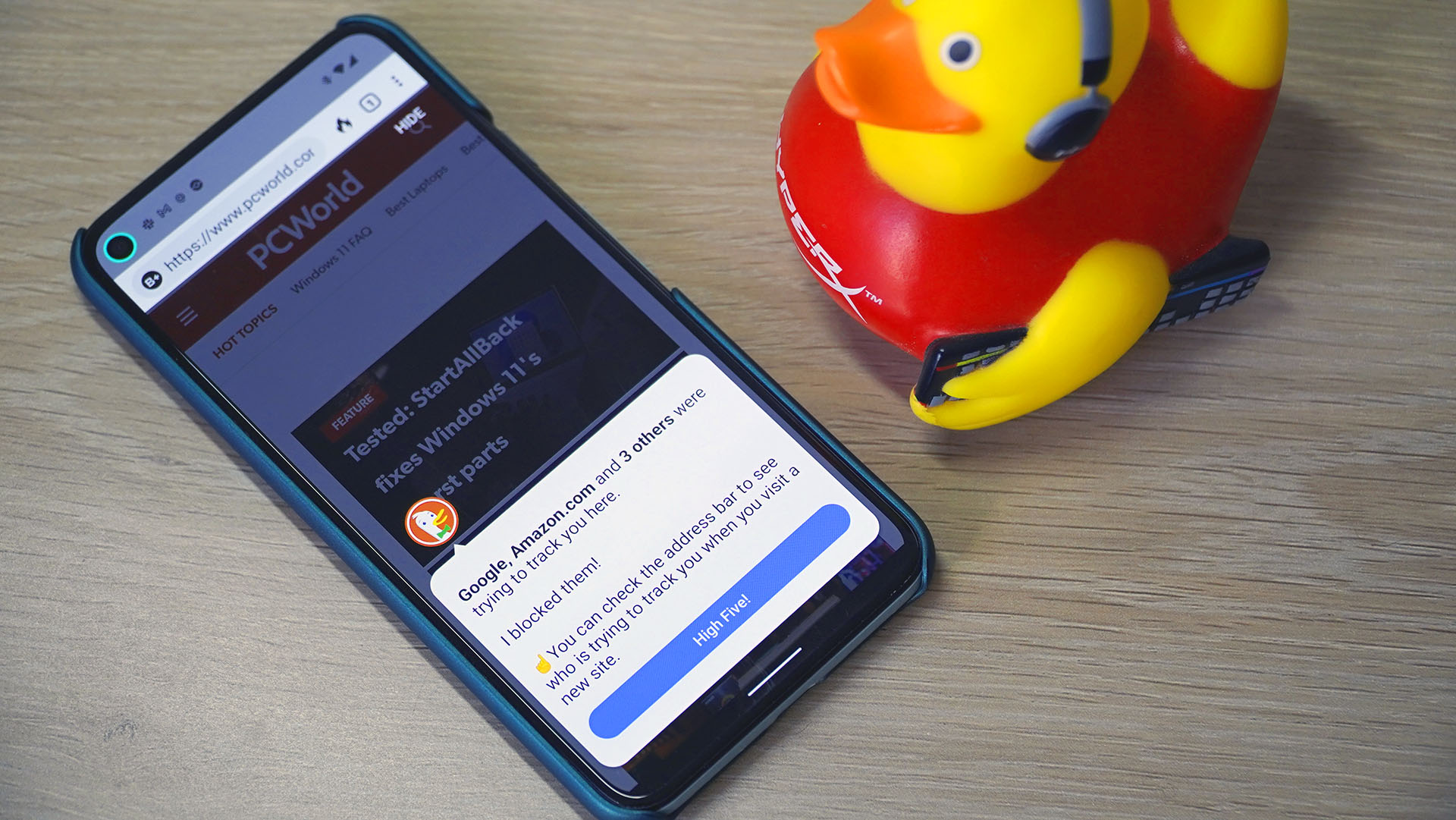 DuckDuckGo is a familiar and popular search engine for people who think their searches are their own business, and no one else’s. But your search history is only one small part of the online profile that advertisers create for you, whether you know it or not. DuckDuckGo already offers a mobile Privacy Browser, a Chromium-based alternative to the stock browser that doesn’t do any of the usual snooping. But DuckDuckGo recently went even further, announcing that it’s going to rein in the tracking behavior of every other app on your phone, too.

The feature is called App Tracking Protection, and it’ll be baked into the existing DuckDuckGo browser for Android. Essentially it’s going to replicate one of the most popular new features for iOS: giving users the direct ability to block tracking that’s baked into third-party apps installed on their phones. The DDG app will detect advertising trackers being activated from other apps, stopping that data from being sent to advertising companies to serve up targeted ads — overwhelmingly, Google and Facebook.

The updated DuckDuckGo app will offer a dashboard showing which apps are attempting to send tracking data and have been effectively thwarted in real time, though it works fine in the background. Periodically the tool will show you a summary of blocked trackers in a notification. Unfortunately the privacy-enhancing feature still needs a little work, and it’s in private beta at the moment. You can join the waitlist by opening the DuckDuckGo Android browser’s settings menu and tapping Privacy, then App Tracking Protection.