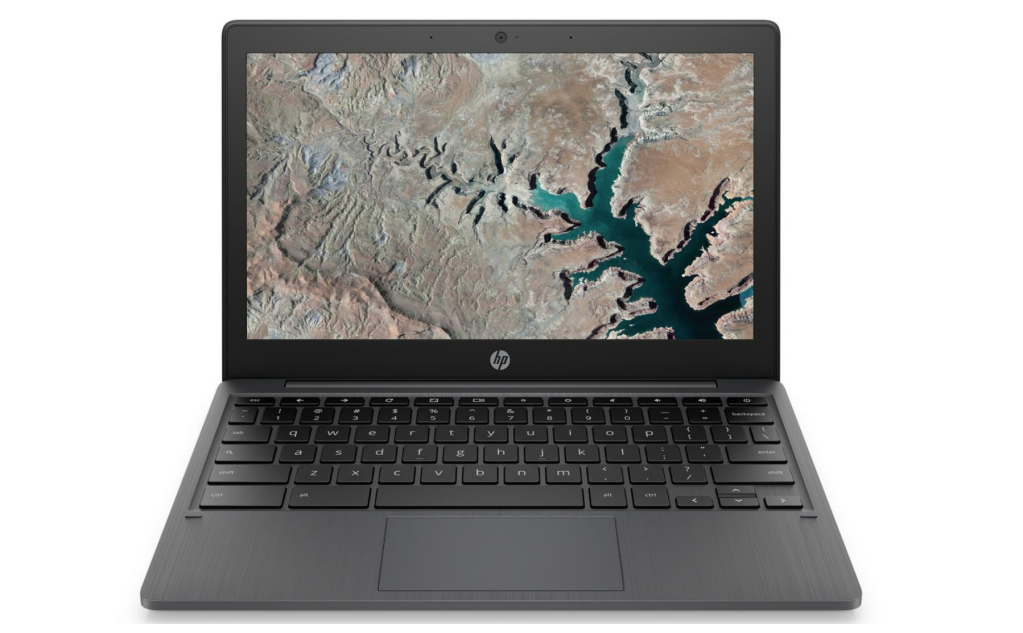 Whether you’re buying a Chromebook for school or as an inexpensive device for the family to use, Black Friday or Cyber Monday can be a great time to shop for Chromebook deals. We’ll tell you what Chromebooks to buy, where to find them, and, of course, the best Chromebook deals currently being offered by major retailers — now with deals updated for Cyber Monday. There’s a $87 Chromebook that, while on the small side, doesn’t look half bad.

If you’d like some advice on what Chromebook to buy (do I really need an Intel chip, or can I buy a Chromebook with an Arm chip instead?), you’ll find buying tips and links to popular retailers below our list of Chromebook sales. Our buying guide below points out a number of the gotchas that you might not be aware of.

Chromebook deals may also appear on our best laptop deals for Cyber Monday, too.

Right now, this is the best deal on the best Chromebook we can find on Cyber Monday, and we feel comfortable in unreservedly recommending it. This is a 14-inch Chromebook with a 1080p screen, 4GB of RAM and 64GB of onboard SSD storage, with an up-to-date Celeron N4500 processor that launched this year. There’s a 720p webcam, and it even comes with a bonus wireless mouse and laptop sleeve for free! Support lasts through June 2026.

Of course, you’ll have to be a Costco member to land this deal, which is the only catch. Otherwise, buy this now!

If you’re looking to spend the least you can on a Chromebook, this Walmart Cyber Monday deal is about the best we can find today. It does require you to go against our buying advice and buy an 11.6-inch, 768p display, which might be a little small for some viewers. There’s only 32GB of onboard SSD storage, too — but this is essentially a netbook, and if you treat it as such you’ll be fine. The Celeron N4020 inside of it should be no problem, however.

This is a deal that we’d encourage you to lean heavily on Walmart’s 30-day return policy, and try it out for yourself. Support should last through June 2026.

See the Samsung Chromebook 4 at Walmart

If you don’t have a Costco membership, consider this Chromebook at Best Buy. Don’t be afraid of the two-year-old Mediatek MT8183 Arm processor, as it appears to power Chrome OS just fine. The large 14-inch 1080p display should be solid for home or school. The 4GB of RAM and 64GB of storage is on par with the competition. While we couldn’t find this Chromebook listed under Google’s AUE guidelines, it was introduced earlier this year. A Lenovo product sheet indicates that it should be supported until May 2027.

We like the rather vast 15.6-inch display, and Samsung’s displays are usually very good. This Chromebook offers 4GB of memory and 64GB of storage—pretty normal where SSDs are concerned. A pair of USB-C and USB-A ports round out the I/O capabilities. We’re a little less enthused about the N4000 Celeron, a chip made in 2017, which could be a little laggy if you’re accustomed to having lots of tabs open at once. But the price is right, and support should last through June 2026. Walmart also carries this same Chromebook for the same price: $199.00.

On paper, we’d recommend the Samsung Chromebook 4+ deal, above, if only because the Celeron N3350 processor inside of it is poky — this is a 5-year-old chip. But we’re not seeing any complaints of slow performance, and there’s a nice big 1080p display on top of the 4GB RAM/64GB storage. We think this Asus Chromebook deal is a little iffy because of the possibly slow performance, but if there’s a Target close to you, you can always buy and return it if it doesn’t work out. Support should last through 2016.

This Chromebook has some attractive features, including a 12-megapixel rear (world-facing) camera that kids could use to take photos. With a 12.2-inch (1080p) display, though, it might be a bit small for some users, and at three pounds it might be a bit heavy to lug around. It folds back to create a tablet mode, however, which is great for Android games. And it includes a stylus! This is an all-time low price (discounted an extra $5 from Tuesday!), so if you can live with its mix of pros and cons this deal is worth looking into. Support lasts through June 2024.

Buy the Samsung Chromebook Plus V2 at Amazon

If you like the concept of a Chrome OS tablet but think that the Chromebook Plus V2 price is too high, consider the Lenovo IdeaPad Duet, which we looked at last year. You can buy the Lenovo IdeaPad Duet for $229 at Walmart.com, $70.99 off the $299.99 MSRP. This tablet ships with 4GB of memory and 64GB of integrated storage.

Support runs through June 2029, which could be the longest support lifespan of this holiday’s deals.

Black Friday Chromebooks: what to buy and how to decide

If you’re confused about whether or not to buy a Chromebook or a laptop, we’d suggest starting with our guide to Chromebooks versus laptops, where we explain how each platform works, which is better for work and play, advice on which laptops and Chromebooks to buy, and so on. Google is also trying to promote “Plus” and “Premium” branding to designate what more expensive Chromebooks can do. Those terms aren’t that common on retailer sites, but we’ve included Google’s explanation below of what each means.

Simply put, buy a Chromebook with an appropriately sized display, a sufficiently powerful processor (a Celeron or above), and one that’s not too old. That’s a gotcha: Chromebooks have a scheduled lifespan. After a certain period of time, they won’t receive patches and other updates, and many discounted Chromebooks may not be supported for that long.

How can you tell? You can check this for yourself at Google’s Auto Update Expiration (AUE) page to find out how long specific Chromebooks will receive updates. As a rule of thumb, add six years to the release date of the Chromebook. To be absolutely sure, however, check the Chromebook’s Settings menu. And don’t trust the retailer! Best Buy advertised a Galaxy Chromebook 2 13.3-inch as a Black Friday deal. According to the AUE page, support expired in 2019.

We recommend a 1080p display, at a size of (probably 13 inches or above). Kids may be just fine with an 11-inch Chromebook, but we prefer a 1080p display for adults’ and even children’s eyes. Eye fatigue is real!

There’s really a vast range of Chromebook configurations, with everything from no-name Arm processors to powerful Chromebooks with the latest Core chips. Chrome OS demands far less of the processor than Windows, primarily because Chromebooks are still machines for web browsing, first and foremost. A Chromebook with a Core i3, Pentium Gold, or even a Celeron will probably be just fine for what you ask of it: web browsing, web-based schoolwork, and streaming Netflix and YouTube. Be a little wary, though: Chromebook makers will try to slip five-year-old Celeron processors inside of them. That’s okay, though not ideal.

A Chromebook with an Arm chip inside of it will probably be OK, too; though chips from vendors like Mediatek and other Arm vendors aren’t as well known. If you’re concerned, we recommend simply buying a Chromebook with the more popular Celeron chips inside them, but also research the chip.

At press time, we found a Lenovo Chromebook Flex 3 11-inch on sale for $159.95 on Amazon, normally $319.99. That’s a great price, but the Mediatek MT8173C processor inside of it was released in 2015. We’d only buy that Chromebook if you were happy trying it out and then returning it if it didn’t meet your expectations. (For more, read our specific article on what Chromebook processor we recommend.)

A quick word on streaming video: YouTube offers an interesting feature called “Stats for nerds,” which is actually a really simple way of gauging how well your Chromebook runs when streaming video—which is probably going to be one of the most CPU-intensive tasks you’ll ask your inexpensive Chromebook to do. Simply start playing any video, right-click the video window, and select the “Stats for nerds” option. Then find the frame counter. Choppy or stuttering video occurs when your processor/GPU can’t keep up. Some stuttering is normal and undetectable, and dropping about a frame per second (as this example shows) won’t be noticeable. But if you think to yourself, hmm, this looks bad—and want some numbers to back it up with, this tool can help.

Don’t worry too much about memory. You’ll find Chromebooks with 4GB of memory on average, and that’s going to be just fine for a few browser tabs.

Local storage is another area where Chromebook makers will cut corners, and this is acceptable, too. Google, naturally, encourages you to store documents in the cloud. Photos can be stored in the cloud, locally on the hard drive/SSD, on an SD card slot (if one is included), or on an external hard drive. Chromebooks with as low as 32GB of eMMC storage are common. Everything will be a bit poky as a result, but probably not too much.

Webcams have been an afterthought for many years, and this is really a matter of personal preferences. Your child’s teacher may not care how well their students look if they’re being taught remotely, but Zoom and Google Meet meetings are still an important part of working life. Look for at least a 720p webcam if this matters to you.

Where can you find Cyber Monday Chromebook deals?

While Google itself maintains a well-organized Chromebook store, it doesn’t highlight any deals or discounts. You’ll need to dig through retailer sites for those. Many retailers mix Chromebook deals in with their laptop deals, as we’ve also do in our list of the best laptop deals for Cyber Monday. In the list below, we’ve linked directly to Chromebook deals where we could.