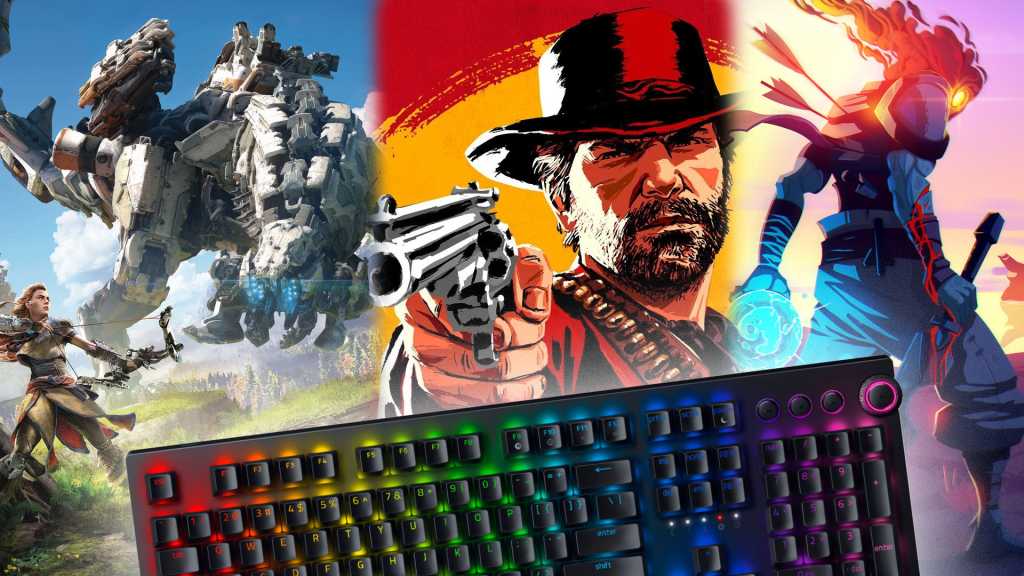 The bacchanalia of consumerism that is Black Friday is generally focused on physical items — you can’t really market a “doorbuster” for a subscription deal to your local newspaper. But there are plenty of digital game stores that get in on the fun around this time of year, too. It’s definitely worth a look to see if you can find some deals, especially if you want some new titles to show off that new PC hardware you’re loading up on.

While there are literally hundreds of discounts to be found on PC games across the various storefronts, the absolute best bang for your buck is probably Microsoft’s Xbox Game Pass for PC, which is already the best deal in PC gaming at full price. Normally $10 a month for Netflix-style access to a few hundred PC games, a current promotion is letting players subscribe for three months for just one measly little dollar. In terms of sheer volume of games, you’re unlikely to ever see a better deal anytime this year.

At the time of writing, this promotion is working even if you’ve taken advantage of similar Xbox Game Pass discounts before. With high-profile games like Halo Infinite and Forza Horizon 5 coming out this season, it’s a great way to check out some of the newest blockbusters.

If you prefer to buy your games one at a time, here are a few that stood out to us. Check them out below, in no particular order:

This sprawling post-apocalyptic sandbox game has an amazing mix of robo-dinosaur combat and surprisingly excellent sci-fi storytelling. Pick up the PC version to take advantage of mouse and keyboard bow-and-arrow action.

If you’ve been waiting for more than a decade for a new Left 4 Dead game, wait no more: This is essentially it, coming from a new development team that includes a lot of the old one.

One of the best 2D Metroidvanias of its year (and there were a few!), Dead Cells mixes punishing difficulty with rogue-lite power expansion and tight, lightning-fast combat.

Essentially Minecraft in 2D, with a bit more of a story focus. There’s nothing wrong with any of those elements, especially if you’re looking for a slow burn craft-em-up.

Curse of the Dead Gods

This top-down combat game has a lot in common with Hades, but its creepy aesthetic and light-dark power setup will keep you on edge. The Aztec and Maya-inspired setting is particularly cool.

A recent classic of the military simulation genre, this open-world shooter maintains a healthy online player population nearly a decade after its initial release. A vibrant modding community has helped a lot—Arma 3 mods served as the inspiration for both the battle royale genre and DayZ.

Sequel to a hilarious and unique Metroidvandia, Guacamelee 2 expands on the original’s luchador-inspired combat and movement with even more colorful and unique levels.

Look, if you’re a gamer and you haven’t heard about RDRII, I don’t know what to tell you. It’s one of the most acclaimed open-world games ever made, and it’s getting a significant discount right now.

Fans of the Dreamcast classic Rez, line up: your day has come. Sayonara Wild Hearts is technically a rhythm game, but it’s more of a playable pop album, mixing rhythmic button presses with mind-bending visuals.

Originally a PS4 exclusive, this wide-open zombie shooter is now available on PC. While its setting and story are nothing to write home about, writhing hoards of hundreds of undead are a visual treat — if your GPU can handle it.

Just Cause might not be the best open world series, but it’s certainly one of the most fun. The third entry brings back its parachute-and-grappling hook movement system and ups the ante with a wingsuit. Once you’re done blowing up absolutely everything, Just Cause 4 is also on sale.

This third fourth entry in the looter-shooter series finally ups the ante by moving the action off of planet Pandora, inviting you to explore a snarky universe of loot with your co-op friends.

This online survival game has a lot in common with ARK, but it’s set in the iconic world of Conan the Barbarian. Explore, collect materials, fight off baddies and monsters, and build up a base full of overmuscled heroes.

Strategy fans who find conquering just one planet to be frustratingly limited have a lot to lobe in Stellaris. This critically-acclaimed take on real-time strategy has an entire universe to explore and dominate.

This voxelated top-down game has you building a train track through a small but colorful world, upgrading an always-moving locomotive as you go. Bring a friend: This one plays best in co-op.

The Saints Row series is long in the tooth now, but if you’ve never played this more goofy and cartoonish cousin of Grand Theft Auto, give it a chance. You might find that its ridiculous take on the crime sandbox is appealing. Saints Row 4 is also on sale.

Disco Elysium is essentially an old-fashioned point-and-click adventure game with a few RPG elements, but its amazing dialogue, worldbuilding, and convention-defying gameplay made it an instant classic—it was our favorite PC game of 2019.

What’s worse than trying to find a date to the prom, just three weeks away? Trying to do so when you attend a school full of classic movie monsters. This dating sim is a fun and goofy alternative to some of the more dramatic entries in the genre.

This top-down twin-stick shooter is all about blowing away as many aliens as possible in as spectacular a manner as you can manage. Bring some friends along: 4-player co-op is encouraged, but watch where you’re shooting!