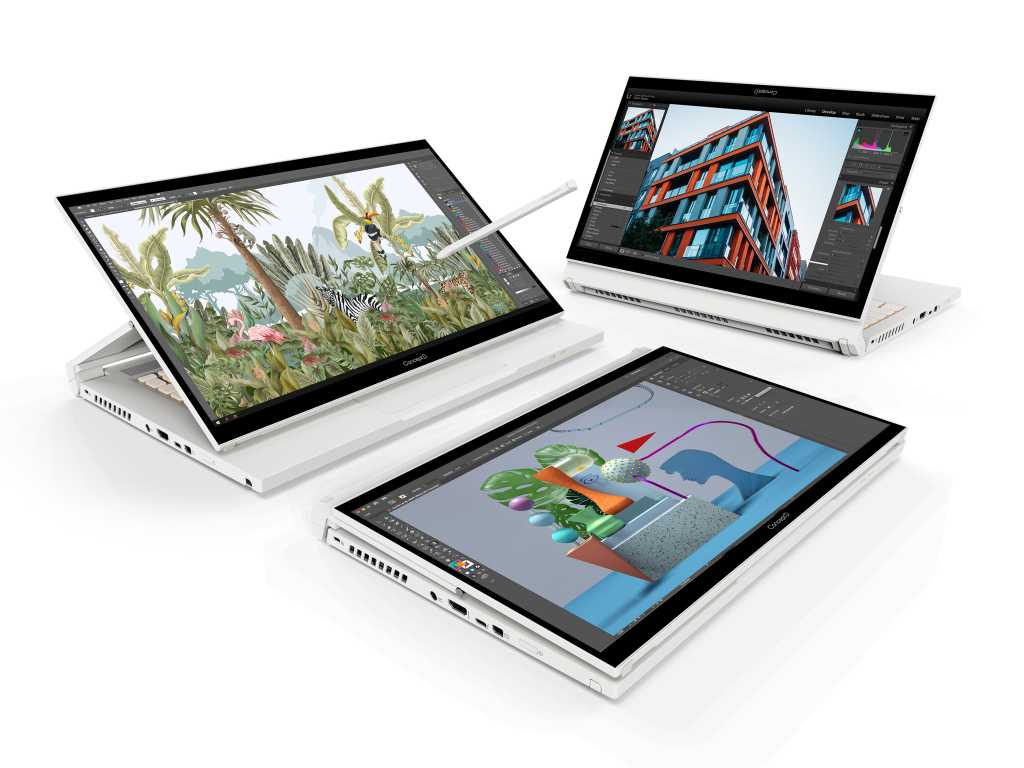 Microsoft’s Surface Laptop Studio may have felt like the future, but the Acer ConceptD 3 Ezel was the past — as in, the first to market with a pull-forward laptop design. And right now, the powerful Acer ConceptD 3 Ezel is way, way cheaper than Microsoft’s Surface Laptop Studio. (We’ve confirmed that this deal is live as of 9:15 AM PT on Black Friday.)

For Black Friday, Acer is selling the ConceptD 3 Ezel for $869.99 via Amazon, a staggering 42 percent or $630 off of the normal $1,499.99 purchase price. The version of Microsoft’s Surface Laptop Studio that we reviewed cost $2,699. In other words, you can buy the ConceptD 3 Ezel, a laptop that’s very similar to the Microsoft Surface Laptop Studio, for 66 percent less!

(Maybe you’d like something with a bit more oomph in the GPU department? Consider the $699.99 Acer Nitro 5, on sale for $250 off for Black Friday instead. Acer’s budget gaming laptop includes an Intel Core i5-10300H processor and Nvidia GeForce RTX 3050 graphics behind a 144Hz 1080p screen.)

The ConceptD uses a pull-forward design where you can simply pull the screen forward, supported by the hinge, either for inking or an in-your-face perspective on streaming media. You can also fold it flat, too. We would definitely characterize the Surface Laptop Studio as a more refined experience, with a smoother hinge. But the ConceptD is sturdier — and, as the price certainly indicates, a heck of a lot cheaper. Grab it while you can, though, as there are limited quantities available.

Updated at 9:20 AM on November 26 to confirm that the deal is live.