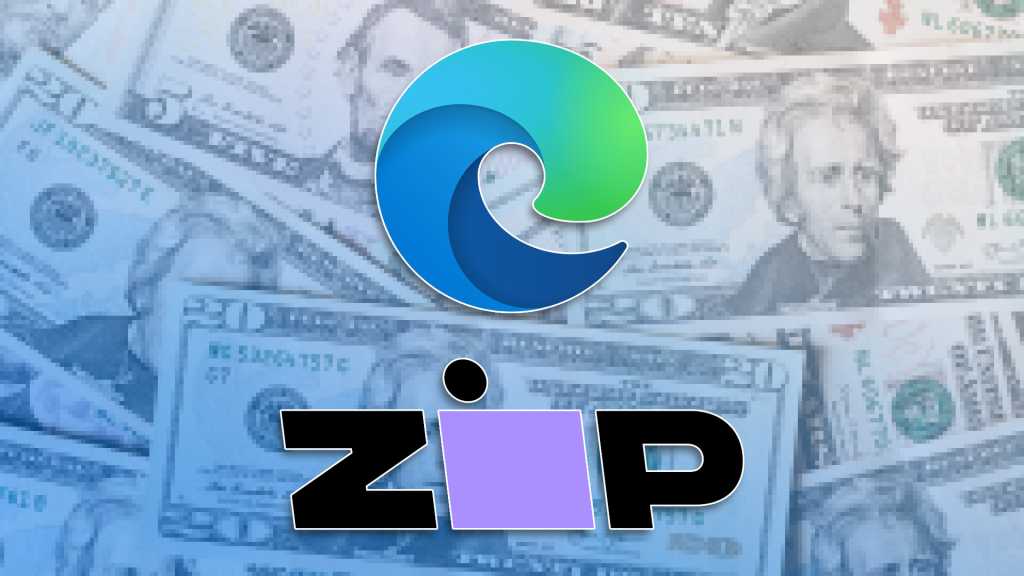 Microsoft has been working diligently to make Edge a more viable alternative to the likes of Firefox and Chrome, going so far as to completely rewrite it based on Chromium code. The company is also looking to differentiate its official browser by loading it with helpful tools for online shoppers — a strategy that could prove lucrative as well. While most of these choices have been met with approval, the latest one is getting some scorn instead: a new built-in tool for the Zip financing service.

Zip is one of a crop of new buy now, pay later services that break small- and medium-sized purchases into more manageable chunks, eschewing conventional interest payments for low flat fees ($1 per payment, $4 maximum). It competes with the likes of Klarna, Splitit, and various other installment options from more established companies like PayPal. As an alternative to older rent-to-own or layaway setups, it can make sense for cash-strapped buyers, though those $1 fees are proportionally larger on smaller purchases.

But why Microsoft chose to include a branded financing tool in Edge, and why Zip in particular, isn’t very clear. The feature was announced in mid-November — just in time for holiday shopping to ramp up — as an addition to the browser’s existing coupon and price comparison tools. The integration bakes in Zip’s application, signup, and checkout system into the browser, linking it to the same Microsoft account you use to log into Windows. Microsoft claims that using Edge’s version of the Zip tool, it can be applied to any standard purchase made in the browser (instead of on a store-by-store basis) between $35 and $1000. It’s only available in the United States for now.

Like most Edge features it rolled out in the Canary build first, but as of now, it should be available to most standard Windows users in the v96 release. The feature doesn’t seem to be appearing for everyone; some quick testing in Canary didn’t show it on either Amazon or Microsoft’s web store.

Edge users made their displeasure known almost immediately. The announcement post on Microsoft’s site has over 170 replies at the time of writing, almost universally negative. “This sounds like an awful idea that will only be seen as a shameless cashgrab,” writes Cameron_Bush. “Please, please stop bloating the browser with these revenue grabs,” adds BioTurboNick, who claims to have created a comment account specifically to say so. “This should be an extension at best. It is not a feature I’m looking for in any browser,” says bppatton.

User-applied tags to the post include “dirty,” “embarrassment,” “exploitative,” “predatory,” “scam,” “bloat,” and “usury,” among others. Reactions among users at other places around the web, including forums, comment sections, and Reddit threads seem to echo this general sentiment.

A common refrain on Microsoft’s post and others is accusations that the company is adding unnecessary features to Edge in the name of revenue. For the time being it isn’t obvious exactly how, or if, Microsoft is benefitting from this feature in a monetary sense. According to the support page for Edge’s buy now, pay later (BNPL) tool, “Microsoft is not involved in providing the loan and does not collect a fee for connecting users to loan providers.” But that terse statement leaves a lot of options open for less direct monetization.

We’ve reached out to Microsoft for comment on the company’s relationship with Zip. A representative said, “Microsoft isn’t providing financing nor taking a fee as the FAQ states. Microsoft has nothing further to share beyond the FAQ at this time.”

At the very least, adding such a situational, mercantile feature to a browser Microsoft has worked so hard to improve over the last couple of years could be seen as a step backwards. As many users have noted, this could have been an optional extension instead of a mandatory, universal feature.