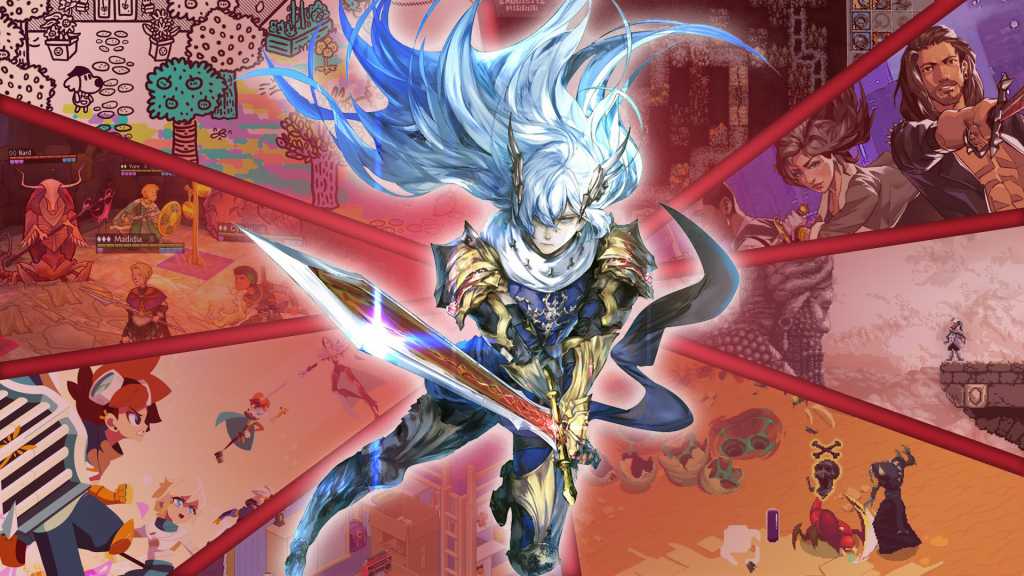 PC gaming is awesome. But the requirement to invest hundreds (or thousands!) of dollars into expensive hardware to get the most out of it is, well, not. That’s doubly true when a confluence of circumstances means finding a decent graphics card is an undertaking about on par with searching for the Holy Grail in El Dorado.

So, if you’re rocking a more practical low-power laptop, or your desktop’s best years are behind it, you might be looking for a few games you can play on a machine that doesn’t double as a space heater. As I’ve done for the last several years, I’m rounding up the best PC games of the year that you can run on just about any Windows computer, no graphics card required.

Here are my picks, in no particular order.

Moving sucks. As someone who’s done it (oh God) fifteen times in thirty years, I feel like I can confidently attest to this. But there’s nothing that beats the feeling of satisfaction you get when all your stuff is finally unpacked, each bit of your life’s bric-a-brac precisely in the right place. Unpacking is a game that attempts to catch that experience.

It’s an irrepressibly chill game, encouraging the player to tweak the music and lighting to create a zen-like state of organization and customization. Nerds who need to have all of their action figures and gaming accoutrements just so on the shelf will be particularly pleased when a room is complete.

A lot of “remastered” games have felt pretty lackluster lately, slapping a high price tag on an old game and calling it a day. Not so with this true remaster of the much-loved SNES classic. Actraiser was a weird mix of side-scrolling hack-and-slash with city-building god games (literally, your villagers will pray to you and you’ll protect them with natural disasters).

The reimagined Renaissance is a bit contentious, as not every fan of the original likes the remixed combat and the new tower defense mechanic. But as a throwback to a game that was shockingly unique for its time, it’s worth a look for fans of the 16-bit era. The soundtrack, available as a modern orchestral score or throwback beep-boop-opus, is a particular highlight.

Actraiser Renaissance is $30 on Steam.

Top-down pixelated action-RPGs are easy to find these days. Undungeon stands out from the pack with gorgeous pixel art and a dark sci-fi story that’s deeper than a mineshaft. For those who want to really chew on a unique world and protagonist, Undungeon delivers.

In addition to its slowly-unfolding world and narrative, the game offers some deep systems to jump into as well. Your creepy player character upgrades their abilities and weapons by swapping out their own organs. Now that’s what I call self-improvement!

On more or less the opposite artistic pole from Undungeon, Cris Tales is a bright and colorful take on classic Japanese RPGs. Well, one JRPG in particular: Chrono Trigger, because this one also has a tone of time-traveling and time-based powers. Come for the gorgeous anime-inspired 2D art, stay for the old-fashioned turn-based party combat.

The game uses a mix of 2D and 3D graphics to show you its settings in the past, present, and future on the same screen in a unique exploration mechanic. But don’t worry, while some of its animated segments get so over-the-top they’d make Final Fantasy blush, the gameplay won’t suffer even if your machine chugs on some of the simple polygonal elements.

Story-based romance sims aren’t for everyone. But what if you could have a meet-cute with a love interest who then turns into an awesome sword, and then go on a dungeon crawl for your first date? Such is the quirky, genre-mixing premise behind Boyfriend Dungeon, splitting the difference between dating sim and top-down hack-and-slash roguelite.

The different weapons offer different combat approaches in the dungeon sections, and as is the theme, different choices in personality and gender identity in their human forms. The art is lovely and occasionally steamy per dating sim norms, and the same can be said for the full voice cast. Level up your relationship and you’ll level up your fighting prowess, and vice versa. While combat isn’t exactly a revolution, it’s certainly enough to carry the unique premise.

The original Axiom Verge was a shameless love letter to Metroid — and that wasn’t a bad thing. The sequel doubles down on this, almost literally, with a dual map system that has you constantly switching between the main player character and her robo-buddy in an alternate dimension.

The contrast between the two characters makes for a refreshing approach to exploration and puzzle-solving. While the combat and pixel art aspects of Axiom Verge 2 don’t rise above the original, it’s definitely worth a run-through for fans of the Metroidvania genre who want to see some new ideas in play.

The adventure genre is jam-packed with murder mysteries. Overboard turns this concept on its head: you play the murderer, and the goal is to keep your crime hidden. You’ll have to maneuver your way around a boat full of inquisitive passengers using your conversation skills, keeping them from discovering your guilt until you reach your destination and make your escape.

Agatha Christie’s mystery novels are a clear inspiration, but playing as a charming murderess offers a refreshing inspiration for both the game genre and its literary forebears. You can try to lead the investigators in circles, or if you’re feeling particularly devious, try to pin the crime on a scapegoat and get off scot-free.

Overboard is $15 on Steam and GOG.

Loop Hero is…well, a game that kind of defies description. It’s part base builder, part idle game, part Dark Souls-inspired RPG. You’re a hero in a dark fantasy going round and round a 2D loop, but you don’t directly control movement or combat. Instead you’ll gradually fill in the map (“remember” it, according to the lore) with locations and features you unlock as your hero gets stronger.

Eventually, if you survive long enough, your tiny fantasy world gets fleshed out, as the monsters you fight gain challenge. There’s an element of trial-and-error randomness in the tile and loot drops, but gamers who love digging into statistics and slowly uncovering a world will dig it.

In Dungeons & Dragons, your attacks, defenses, and other interactions are often determined by random number generation in the form of dice. In Wildermyth, randomized generation is basically the entire world: everything from your fantasy protagonists to your world-shaking conflicts are procedurally generated.

There’s a lot of charm in the webcomic-style art, and the combat and progression systems are simple with a few interesting quirks. The biggest appeal is the ability to follow your heroes’ entire lives, building multi-generational adventuring parties with relationships, children, and grandchildren. Eventually you’ll run out of randomized stuff to see, but it’s a fun ride for tactical RPG fans anyway.

Wildermyth is $25 on Steam.

This 2D game is so aggressively cute that you might think it’s designed for kids. But the zen, Zelda-inspired gameplay surrounds a surprisingly deep story, which you’ll unfold by coloring the black-and-white setting with your magic paintbrush. Great 2D design and music help to keep the player engaged.

The game’s artistic options unlock in delightful and complex ways, even though the design eschews conventional combat for exploration and puzzle-solving. An appealing aspect of the game’s world is that your paint is permanent: you’ll see the fruits of your artistic labors stay consistent as you progress through the story and map.