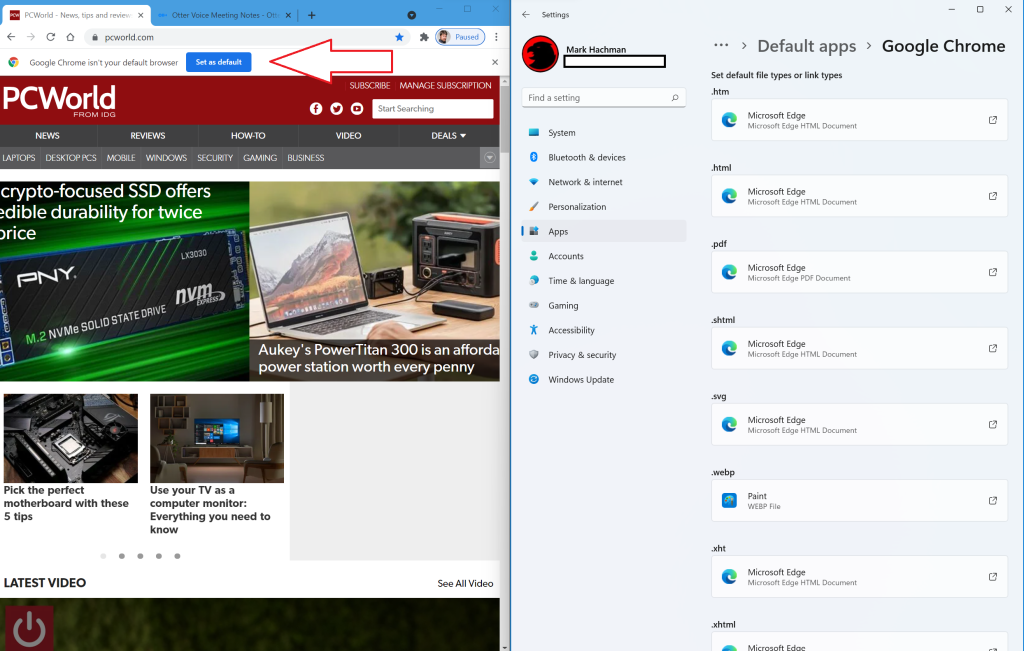 One of the most egregious errors Microsoft made with Windows 11 was preventing users from easily downloading and installing alternatives to the Edge browser. Microsoft’s recent Insider build appears to remedy this.

On Wednesday, Microsoft introduced Windows 11 Insider Preview Build 22509 for the Dev Channel, which introduced minor but welcome tweaks to the Taskbar and Start menu. According to developer Rafael Rivera, there’s another tweak: a “set default” button that will finally allow you to download an alternative browser to Microsoft Edge.

As PCWorld’s Windows 11 review indicated, there’s no easy way to change between browsers. While you can download a browser like Chrome, the stable version of Windows 11 forces you to select a default browser for each and every file type, a laborious process that Windows 10 eliminates by simply allowing users to create a default browser profile for every file type a browser typically handles. With the new Insider build, there’s now a “Set default” button that again sets many of the new file types to the browser of your choice.

Many, but not all. The new change simply tweaks the settings for HTM, HTML, HTTP, and HTTPS file types, according to a Microsoft statement released to The Verge, but Edge will still be called for PDF files, SVG files, and so on. In other words, it’s a start, but not a comprehensive change. Still, with EU representatives reportedly being asked to investigate “bundling” practices involving Microsoft Teams integration inside Office—and possibly Windows 11 as well—Microsoft may now be more sensitive to the issue of consumer choice than it has been in the past.