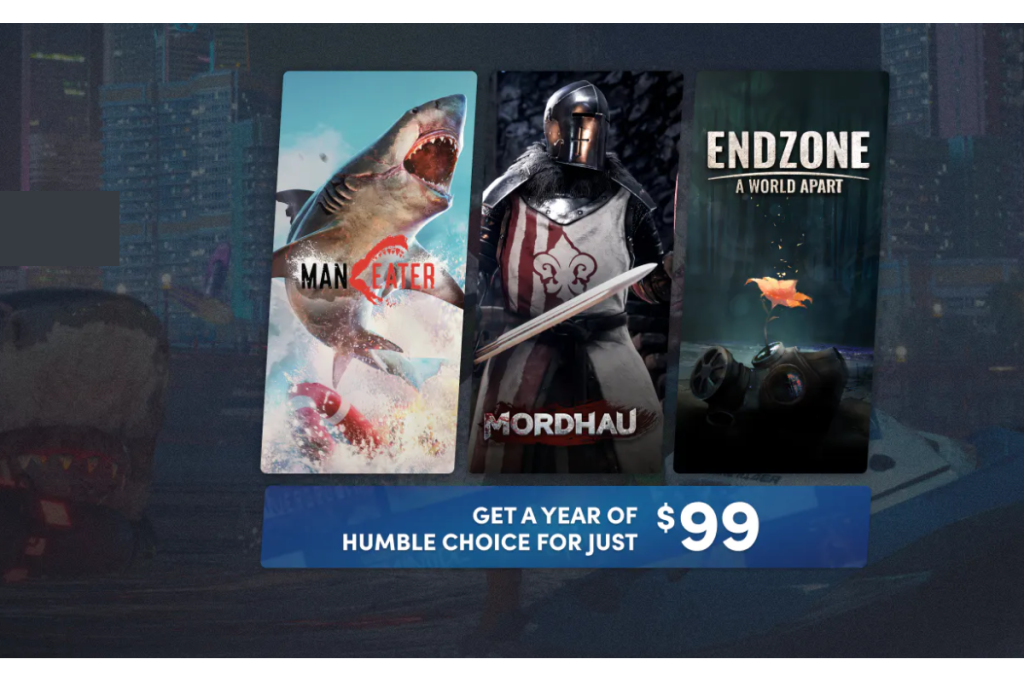 Not sure what to get the gamer in your life this year? Try a year of Humble Choice for $99 with the checkout code HOLIDAY21. Humble Choice is the best gaming deal behind Xbox Game Pass Ultimate and right now you can save $80. After the first year, the price returns to its usual $180. This deal is for new customers only.

With Humble Choice, you get a selection of 12 games every month and keep them all or redeem only the ones you want. It’s a standout deal and almost as good as the smorgasbord of games you get access to with Xbox Game Pass. You also get discounts on other games from the Humble Store.

Some of the highlights from 2021 include Amnesia: Rebirth, Civilization VI Control, Metro Exodus, PGA Tour 2K21, and The Surge 2. There are tons of other games such as some surprisingly engrossing indies, but these are some of the big ones from months past.

This month you can get the following games: Maneater, Mordhau, The Survivalists, and 8 Doors.

All of the games are redeemed on Steam and some months include extra games on top of the 12 major games.

It’s an excellent deal and right now you can get it for close to half off.