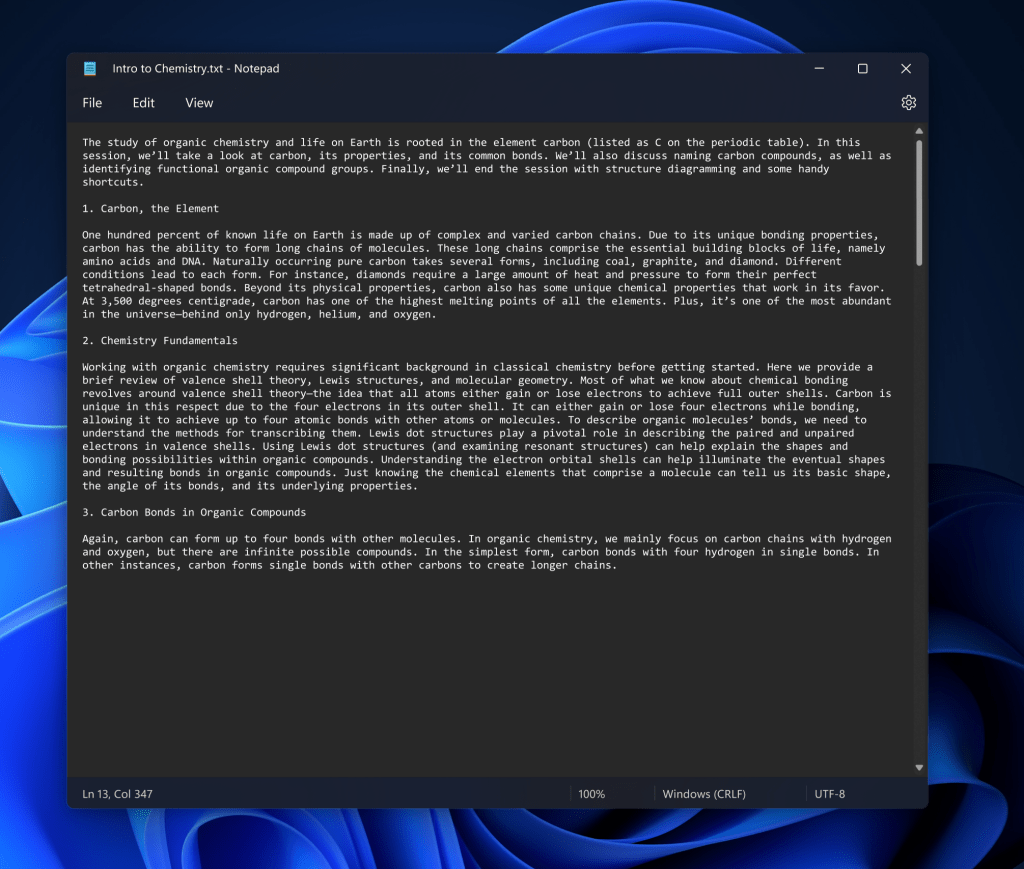 Microsoft has decided that Windows 11 is an ideal launch pad for an update to Notepad. The venerable utility will now receive a new dark mode as well as some practical improvements.

However, not everyone will receive the new Notepad right away. For one, Microsoft is rolling out the new Notepad via the Dev Channel of its Windows Insider program. More importantly, Microsoft hasn’t said anything about making the new Notepad available to Windows 10—it seems to be a hook designed to entice you into getting Windows 11.

So what does the new Notepad offer? The most obvious changes will be aesthetic: the rounded corners that are characteristic of the Windows 11 Mica design aesthetic, as well as a new dark mode that won’t blow out your retinas if viewed late at night.

But there are two more practical improvements, even if they might seem a bit overdue. First, Microsoft is adding a new “find and replace” experience that looks more in line with Windows apps like Mail: a big drop-down box will let you hunt down specific words and phrases in your document. Second, you’ll be able to quickly fix any mistakes you might make via a feature Microsoft calls a “multi-level undo,” where you can tap CTRL-Z multiple times to undo in reverse order any mistakes you might have made.

Unfortunately, such basic features as autosave haven’t yet made it to Notepad, forcing you to manually save every so often. (The current version of Notepad places a small asterisk next to the filename to indicate that unsaved changes have been made.) Numerous Notepad alternatives have been available for years, however, including Notepad++ and Metapad, both of which are free and open source.

Microsoft’s tweaks to Notepad are among a number of updates Microsoft is making to its Windows 11 apps, including Paint, Photos, and even the Clock.