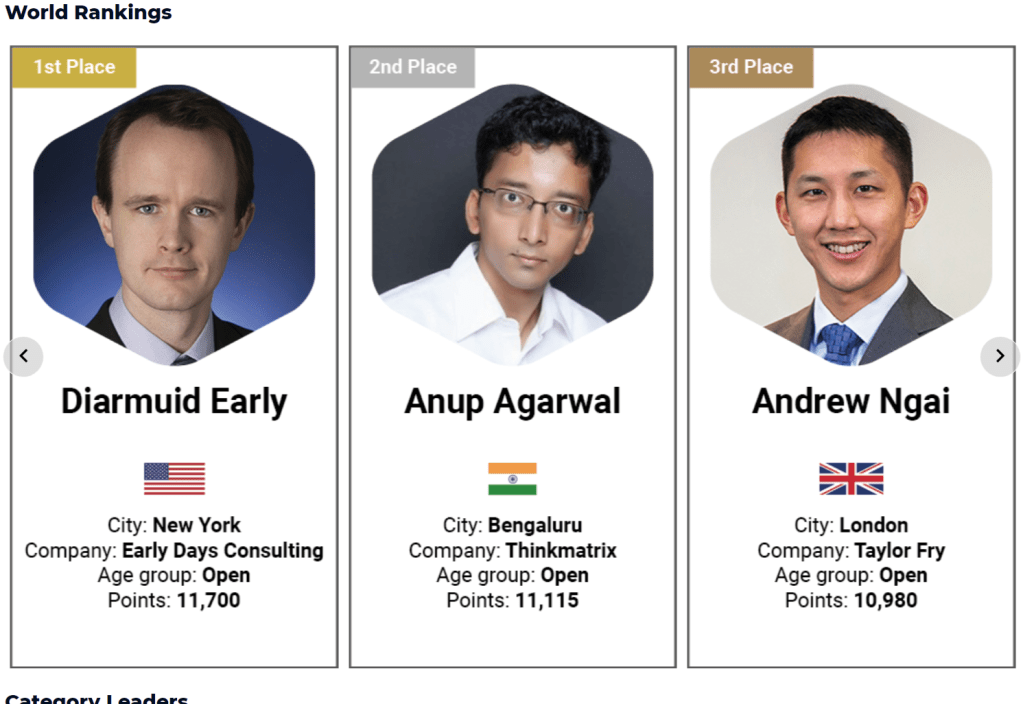 Editor’s Note: Spoilers for who won the competition at the end of this post, following the link to the archived stream of the event.

Move over, League of Legends. Does anyone even care about Overwatch? No, the real future of esports is spreadsheets and Microsoft Excel. Don’t believe us? Then tune in to ESPN3 or YouTube this weekend to find out.

No, this isn’t a joke. The Financial Modeling World Cup will be held this weekend entirely in Microsoft Excel. And the finals (the quarterfinals, semifinals, and the final match) will all be broadcast live as they happen at 9 AM PT. Everyone’s playing for a total prize of $10,000 — funded by Microsoft, of course.

The FMWC consists of 128 participants from each region of the world — Africa, Asia/Pacific, Europe, North America and South/Latin America. The qualification round began on Nov. 13, moved through various stages in December, and will finish up on Saturday. Many of the prior sessions were recorded such as the American competition on Dec. 4.

The FMWC takes place every year, pitting the world’s top financial modelers against each other. Yes, there’s even a ranking system. Diarmuid Early of Early Days Consulting is listed as the top modeler of the FMWC leaderboard with 11,700 points, just above Thinkmatrix employee Anup Agarwal. Naturally, the leaderboard is formatted as a spreadsheet.

Each round consists of case studies which are provided to the contestants at the time of the event. According to FMWC rules, each case study consists of a problem that’s between 1 and 5 pages long with a list of questions that the contestants need to solve. To move up in the game, each contestant needs to fully answer the questions as well as produce and submit financial models… in a spreadsheet.

At least in the early rounds of the World Cup, the tone felt very much like a typical esports competition — introductions of the players (who took the competition very seriously) as well as the sort of jovial, collaborative commentary from known community members. That included Bill Jelen, a Microsoft MVP who goes by “Mr. Excel.”

Nerdy, sure, but it was also surprisingly fascinating to watch professional Excel gurus deconstruct and solve a problem from scratch. You can watch the finals at this YouTube link or on the stream below.

In the end, Australia’s Andrew “NGOAT” Ngai edged Michael Jarman, disappointing the “Jarmy’s Army” that followed Canada’s entrant. The final pitted the two together in what was described as a “Heroes of Might and Magic” competition, where one fictional nation sent soldiers, knights and archers to conquer the other. A clearly disappointed Jarman was unable to find a flaw in his model that by the final gun, allowing Ngai to overwhelm him, 734-280, out of a total of 1,000 available points for either side.

If you’re interested in trying your hand at the problems the FMWC faced, you can download them from the FMWC shop, along with a selection of various merchandise. If you’d like to start training for next year’s competition, the PCWorld shop is also offering the “Ultimate Microsoft Excel Business Intelligence Certification Bundle” for $44.99 (98 percent off) with approximately 42 hours of automated instruction on various aspects of Excel, from financial modeling to advanced formulas and functions. (The software offer is not affiliated with the FMWC.)