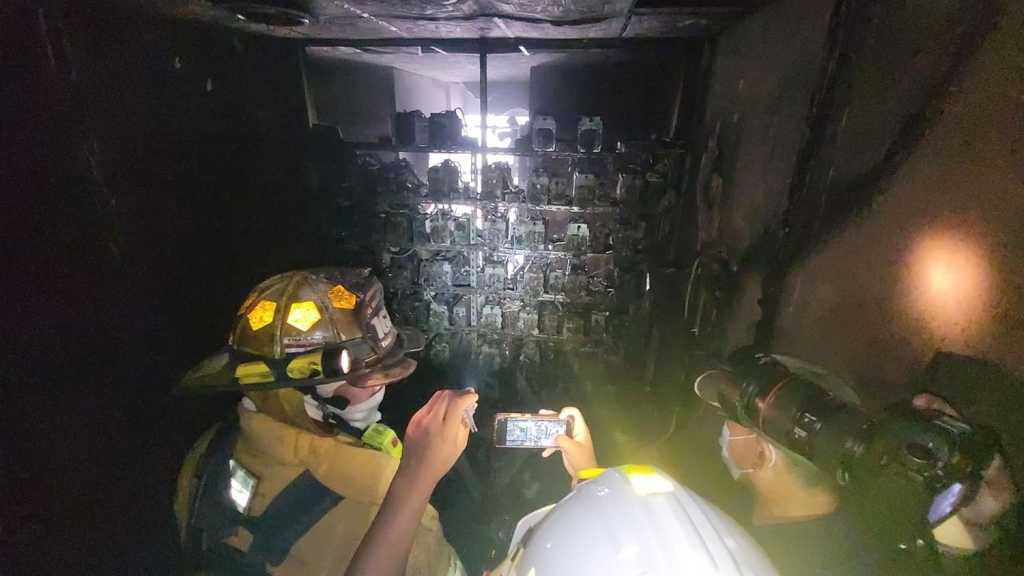 There are a lot of factors at play in the current shortage of graphics cards: higher demand for PC upgrades, a manufacturing crunch, scalpers inflating secondary markets. But perhaps none are more reviled by gamers than cryptocurrency miners, who repurpose devices previously used for entertainment to try and spin electricity into speculative cryptographic gold. Last week gamers got to revel in a bit of schadenfreude, as a suspected crypto mining farm in Thailand burst into flames.

No one was in the building when the three-story data center in Chiang Mai caught fire on December 3rd and the blaze was quickly contained by firefighters before it could spread to nearby structures. But, according to ChiangMaiCityLife.com, 72 servers were destroyed in the fire, hardware worth an estimated two million baht (approximately $60,000).

While the initial news report does not identify the servers specifically as crypto mining computers, eagle-eyed internet users noticed that the burned-out husks of the servers in one photo appear to be a mix of purpose-built ASIC miners and GPU-based mining rigs. It isn’t clear what started the fire, though dozens of servers in close proximity, crunching numbers and generating massive amounts of heat in search of commoditized pseudo-currency, are probably high on the list of suspects.

Cryptocurrency mining uses high-powered computer equipment to both validate the transactions of existing “coins” and generate new ones in a decentralized system that relies on cryptography instead of conventional economic institutions. Bitcoin and other cryptocurrencies are often criticized as merely commoditized means of storing wealth instead of viable alternatives to existing currency systems and the massive amounts of electricity needed to keep these systems running and generating speculative value is becoming an ecological nightmare.

Let this be a lesson to gamers and crypto miners everywhere. Proper ventilation and cooling is essential for your computer’s performance and the continued safety of whatever building it happens to be in.