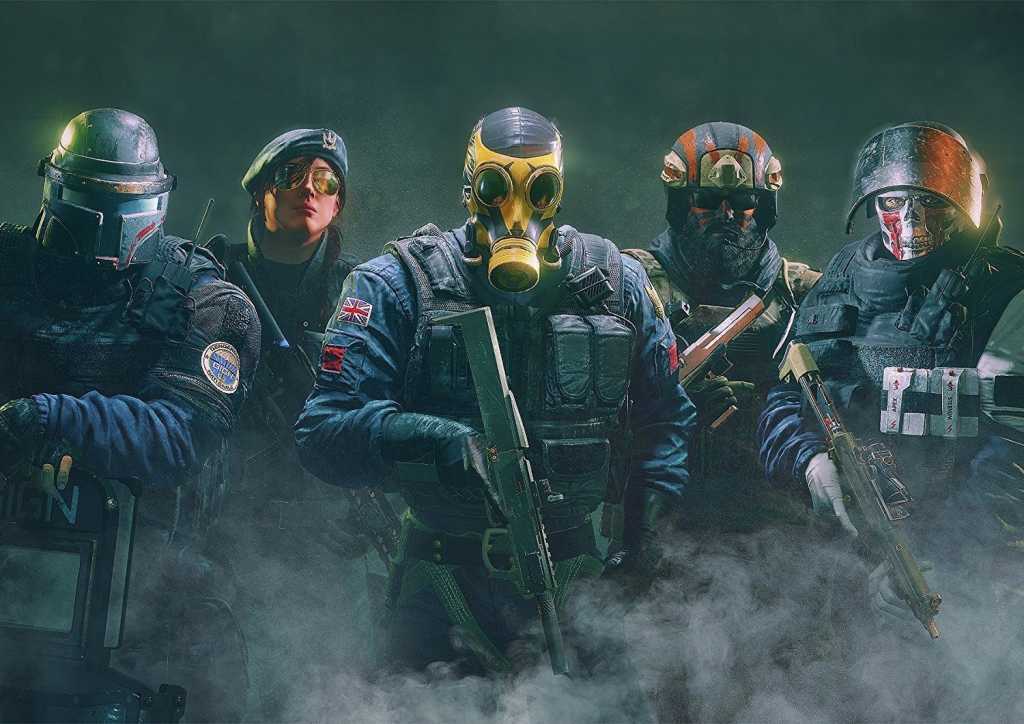 If you haven’t used your Ubisoft account in a while, there’s a chance the game publisher might nuke your account for being inactive— that’s the reality one gamer said he discovered after stepping away from PC gaming for more than a year.

“In 2020, I sold my PC because I was gaming way too much and it went a bit over the healthy way of doing it. I made a choice to work and attend school,” a Norwegian gamer named Tor, who wished to be identified only by his first name, told PCWorld. He sold off his Core i7 and GeForce GTX 1080 Ti machine, and began relying on his phone as his only piece of technology.

But by the summer of 2021, Tor decided to get back into gaming, so he purchased a new gaming PC, only to discover he was unable to log into his Ubisoft account. Tor told PCWorld he was able to reset the password, but eventually learned the account had been closed, taking several hundred dollars of purchased games with it. All Ubisoft titles from Tom Clancy’s Rainbow Six Siege series to Assassins’ Creed and more were gone. But none of the other services he uses had been cut off. Only Ubisoft disappeared, he said.

Ubi officials, however, flatly insist whatever happened in Tor’s case isn’t normal and that it has never deleted any account that hasn’t been logged into in less than four years. The company also says any account that has a purchased game tied to it, would also not be up for closure at all.

Despite what the company says though, Tor insists his account and games are gone.

“Ubisoft told me they can’t recover it. It’s deleted, permanently locked,” he said.

Looking through his email account for answers, Tor said he found a single warning of inactivity and eventual account deletion sitting in his spam folder. You can see that email below in its original language and also translated to English.

Tor contacted Ubisoft support with the email in hand, and found that despite being able to reset his email password—which would indicate his account is still in Ubisoft’s system—there was no longer a way to access games he had paid hundreds of dollars for. Ubisoft’s support rep told him, “If the account is closed, there is no way to restore it.”

Surely, this can’t be a policy of the company can it? Unfortunately, it is. Looking through Ubisoft’s international terms of service agreement, it’s spelled out for all to see: “We may suspend or close your Account and your ability to use one or more Services or part of the Services, at any time, automatically and at our sole discretion where… upon notification, where your Account has been inactive for more than six months.”

The policy later states that in consequences of account termination or suspension, no credit will be given back. On face value, it’s an unusually harsh policy, and if you take the time to uncover and read a particular Ubisoft support page, you’ll glean it’s all tied to Ubisoft’s interpretation of General Data Protection Regulation (GDPR): “Please be reassured that Ubisoft does not automatically close inactive accounts,” the support page says. “However, per our Terms of Use, in rare instances we can take action to comply with some local data protection legislation. This is only if we have strong reasons to believe that the account in question will remain unused. We may also close long-term inactive accounts to maintain our database. You will be notified by email if we begin the process of closing your inactive account.”

More about GDPR soon. For now, let’s look at how other games platforms handle account inactivity.

What other games publishers do

Looking at the terms of service of several popular games publishers, few laid it out the same as Ubisoft. Blizzard and Good Old Games say nothing of closure from inactivity. While Epic games says inactive game accounts may have their names changed, its terms don’t mention closure of the account and loss of any games.

“Steam does not deactivate inactive accounts,” a Valve spokesman said. “(It’s) also worth noting that we do not count/include these accounts in our active user data reports or statistics.”

Although rare, there are still some publishers that spell out instances when an inactive account might get closed.

Microsoft, for example, said if someone uses Minecraft Realms and then goes inactive for 18 months, the company may erase the data from its server. Minecraft Realms, we should point out, is a different case, as players have to pay a monthly fee and the levels are stored on the server. In Tor’s Ubisoft case, however, the games “purchased” don’t require a monthly subscription.

Riot’s Valorant, we should mention, is free to play so there isn’t much to lose. However, if you did purchase any DLC or add-ons tied to an account, that would likely be lost. Riot games doesn’t spell out how long until an account is wiped, though.

They can do what they want

Ryan Morrison, an attorney who specializes in video game law, said even if a publisher or game service doesn’t spell out closure of an account due to inactivity, it’s still possible it can happen at any time on any service.

“They can delete your account for any reason they want,” Morrison told PCWorld, underscoring we don’t buy games from these games services, we license them. Morrison said it’s similar to a physical book being purchased versus a book purchased for an Amazon Kindle: You’re not buying a book when you pay Amazon, you’re buying a license to display that book.

“They can revoke that license pretty much whenever they want,” he said.

Morrison, a gamer himself, said he isn’t endorsing policies like Ubisoft’s, but legally, game publishers and services have the right to nuke your account when they want to. He did say there could potentially be reasons it makes sense to close inactive accounts. Blizzard, for example, faced problems where users would create dozens and dozens of accounts to camp user names. Vendors have also acted to clamp down on players creating multiple accounts to game the system as well.

In Tor’s case, even if Ubisoft is on solid legal ground, it does raise the question of why the publisher would waste the energy to even kill inactive accounts. Its support note says the company doesn’t automatically do it, yet Tor’s isn’t the only example we’ve found.

One person in Ubisoft’s own support forum wrote in February 2021, “I got that ‘Ubisoft Account Closure Due to Inactivity’ email yesterday evening, my time. To be honest, I thought at first that it was SPAM!” Others responding to the post also reported receiving the same email.

Another gamer in the Ubisoft subreddit wrote in January, “So, today I get this email, telling me that due to inactivity they’re going to be closing my Ubisoft account. That’s pretty sketch on its own, seems real shady to just close accounts that people potentially have products on just because they haven’t had the means to play at present.” Several gamers responded to the post, saying they also received the email, with some also believing it to be a spam or a phishing scam.

“We have implemented the account deletion process in compliance with the requirements of the GDPR (Article 5.1.e on the obligation to limit the data retention period). Our policies are aligned with legal requirements and with the standards of the industry. This measure also acts as a protection for our players against fraud,” the spokesman said.

Ubisoft said it does take account deletion seriously, that it’s not done willy-nilly, and four criteria are considered before it happens:

Before an account is deleted, Ubisoft said, the gamer should receive three emails over a 30-day period offering to restore the account to active status. The user will also receive an error message when logging in warning of the pending deletion.

Obviously, several of the factors wouldn’t apply to Tor if he is accurate in saying he took less than two years on his break and also bought several games directly from Ubisoft.

To this Ubisoft told us, “Considering the specific case you mention, the player mentions that their account has been deleted when they had only been inactive for less than 2 years (he mentions that he was away for two years maximum on that account) and that he had purchased PC games through Ubisoft Connect (and not Steam or Epic for instance, in which case entitlements would be linked to their accounts on these platforms).” The Ubisoft spokesperson continued, “This case doesn’t fit within our criteria for inactive account deletion, so our customer support team will reach out to the player to get his username so they can start an investigation and take the appropriate measures.”