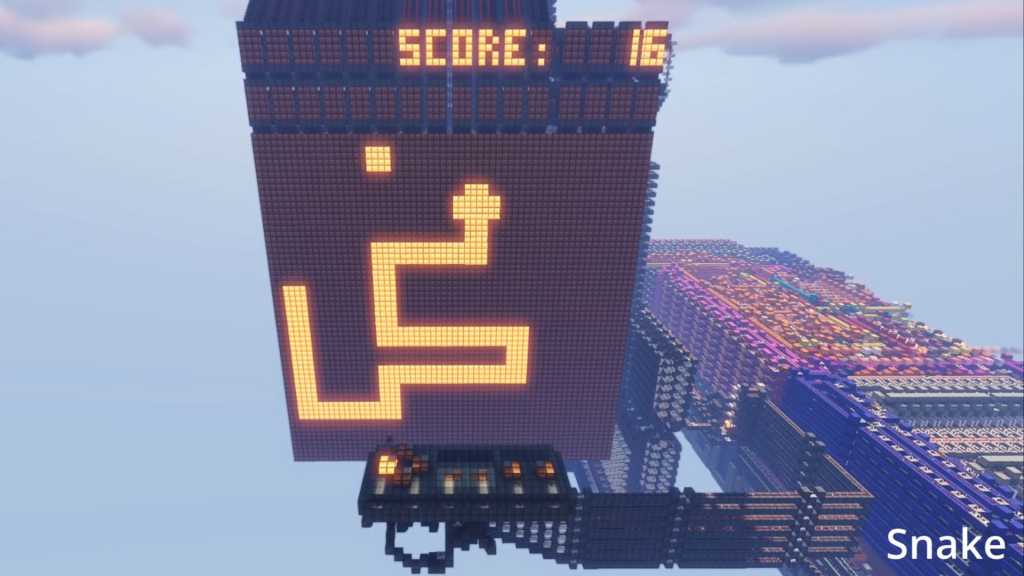 Computer chips have become so tiny and complex that it’s sometimes hard to remember that there are real physical principles behind them. They aren’t just a bunch of ever-increasing numbers. For a practical (well, virtual) example, check out the latest version of a computer processor built exclusively inside the Minecraft game engine.

Minecraft builder “Sammyuri” spent seven months building what they call the Chungus 2, an enormously complex computer processor that exists virtually inside the Minecraft game engine. This project isn’t the first time a computer processor has been virtually rebuilt inside Minecraft, but the Chungus 2 (Computation Humongous Unconventional Number and Graphics Unit) might very well be the largest and most complex, simulating an 8-bit processor with a one hertz clock speed and 256 bytes of RAM.

Minecraft processors use the physics engine of the game to recreate the structure of real processors on a macro scale, with materials including redstone dust, torches, repeaters, pistons, levers, and other simple machines. For a little perspective, each “block” inside the game is one virtual meter on each side, so recreating this build in the real world would make it approximately the size of a skyscraper or cruise ship.

When connected to an in-game 32×32 “screen” and “controller” (manipulated by a Minecraft player avatar jumping on block-sized buttons), the Chungus 2 can play interchangeable 2D games like Tetris, Snake, or even a graphing calculator. Some programs need the Minecraft server to be artificially sped up in order to make the 1Hz processor fast enough to use. Each program is also built virtually in Minecraft, plugging into the computer like a game cartridge the size of a freight train.

The project is an incredible application of computer science in action, created in a way that makes its principles immediate and visual. The video showing off the Chungus 2 is dramatic enough, but if you want to check it out yourself, you can download and run it on your own server at mc.openredstone.org. If we wait a few years, we might just get a Minecraft CPU that’s powerful enough to run Minecraft, at which point the universe will probably implode.