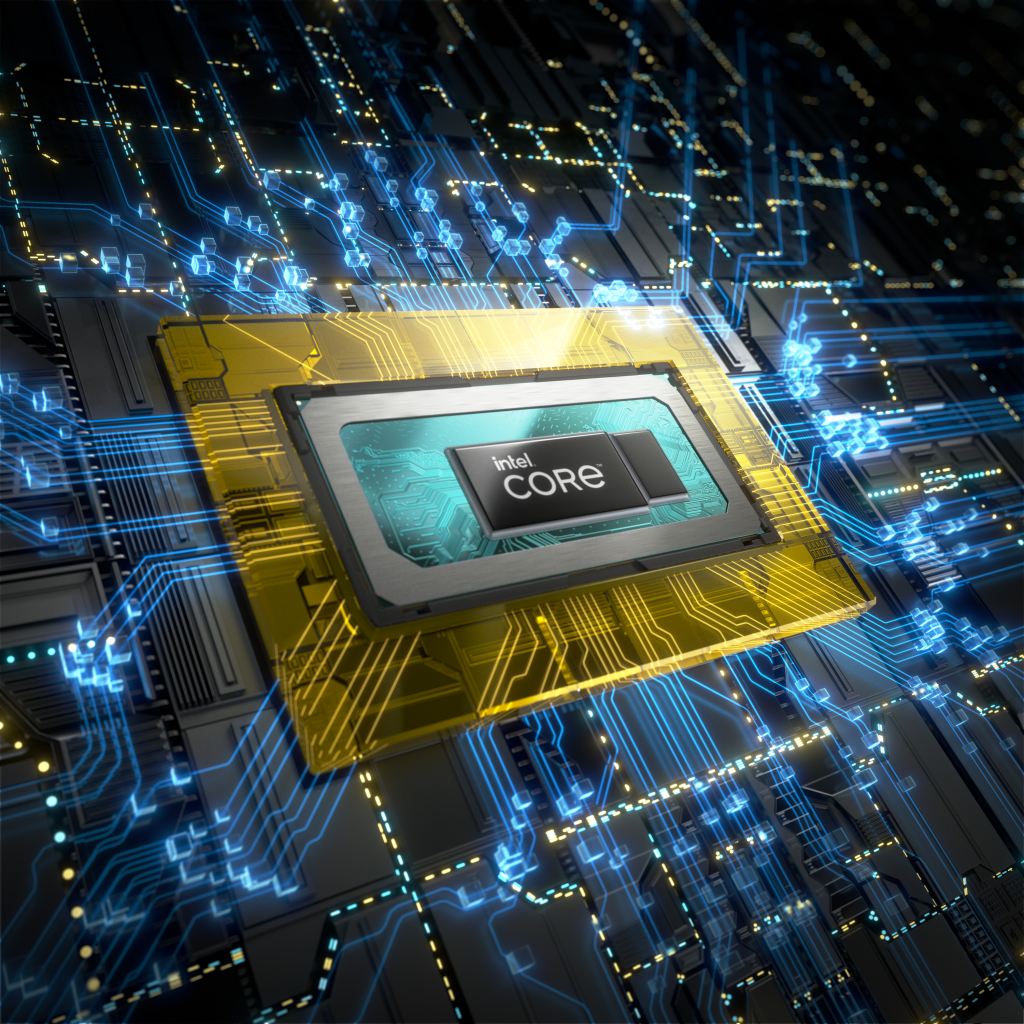 Intel launched its “Alder Lake” 12th-gen Core H-series mobile processors at CES 2022 today, preparing for a future wave of gaming notebooks in the new year. One unexpected surprise is the new “P-series” processor class, which will address what the chip manufacturer calls “performance thin-and-light laptops.”

In October, Intel launched the desktop version of Alder Lake and it had more to say about filling in the gaps in its desktop processor lineup on Tuesday. (We’ve addressed this in a separate story.) But the new lineup of eight H-Series mobile Alder Lake chips are designed for gaming as well, prompting the manufacturer to call the mobile H-series parts the “world’s best mobile gaming platform” with gains of about 28 percent compared to its11th-gen Core chip, Tiger Lake.

Intel said that its 12th-gen Alder Lake mobile CPUs are now in full production and the company expects over 100 notebook PCs based on the new H-series mobile chips, according to Daniel Rogers, director of mobile product marketing.

lntel also announced new 12th-gen “Alder Lake” CPUs for desktops, plus an expansion of its Evo platform. Intel also said that it has begun shipping its Arc GPUs, too.

Remember, Intel described the Alder Lake architecture earlier this year with its mix of performance and efficiency cores. The mobile H-series lineup consists of eight chips with between 8 and 14 total cores, subdivided into two groups of processors with four and six performance cores. The flagship processor will be the Intel Core i9-12900HK, with a Core i5-12450H at the low end of the processor stack.

The 11th-gen Tiger Lake chips included eight cores while the Alder Lake chips include six performance cores at most. According to Rogers, Intel believes that the instructions-per-clock improvements in the 12th-gen CPU core overcomes that limitation. “We found [through] our testing is that in general the IPC improvements of the [performance] cores are able to handle those cases effectively without regression,” he said.

All of the new Alder Lake-H parts consume 45 watts, though turbo speeds demand more power. Interestingly, Intel believes that its power-performance ratio is better than the Apple M1 Max, based upon a specific spec_int benchmark. The CPU manufacturer allows laptop makers to go below spec, targeting 35W with a 45W processor, or go the other direction and over-provision a laptop.

The two-chip Alder Lake-H package supports a x8 PCIe 4.0 configuration for external graphics, a pair of x4 PCI 4.0 connections for dual SSDs, and 12 lanes of PCI 3.0 connectivity for other I/O. The package also supports four Thunderbolt 4 connections, too. Other than that, the chipset supports ten USB 2.0 ports and four USB 3.0 ports along with Wi-Fi 6e. The chipset also already supports Deep Link, which will provide synergies between it and the discrete Intel Arc GPU Intel, which will launch next year.

Intel executives said that the H-series processors are actually PCI Express 5.0 compliant. However, without any PCIe 5 hardware to test against, the company decided to limit its official capabilities to PCIe 4.0.

One new feature we haven’t heard about before is something called Intel Double Connect, which runs on top of the Intel Killer AX1690 Wi-Fi radio. In one mode, it intelligently puts the game traffic on the high-speed 6GHz or 5GHz band, placing all of the background operations on the slower 2.4GHz band. It also can act like the ancient “shotgun” technology that bound old 56Kbit modems together, binding the channels together for an effective 3Gbps network bandwidth.

Memory support includes the wide variety of architectures Intel included in the desktop version of Alder Lake, too: DDR5 for best performance, LPDDR4X for efficient power/performance, plus DDR4 and LPDDR5 for more value-oriented systems.

How fast is Intel’s Alder Lake?

All of the benchmarks Intel showed paired the H-series chips with an Nvidia GeForce RTX 3080, running at 1080p on High settings and on top of Windows 11.

Intel also showed off how the new H-series i9-12900HK chip could be used for content creation, too. The chip delivered 44 percent more performance in the Adobe Creative Cloud-based PugetBench benchmark, beating out AMD’s Ryzen R9 5900HK. (AMD will likely launch its next-gen Ryzen 6-series cores soon, possibly at CES.) Using a standardized test on the Blender renderer, the Core i9-12900HK completed it in 30 percent less time than the Core i9-11980HK and the Apple M1 Max.

Guy Therien, an Intel fellow, also noted that Intel’s Thread Director middleware can also dynamically limit the number of cores that the CPU can address, essentially placing the PC into a low-power state.

What’s next for Intel’s Alder Lake

In some ways, Intel is taking a “go slow” approach to the remaining members of its 12th-gen mobile Core lineup. While the company eventually revealed details of both the “P” and “U”-series processors, executives didn’t spend a lot of time talking about them. We do know that the new P-series chips address what the manufacturer is calling the “performance thin-and-light segment” that will include chips with up to 14 cores and integrated Xe graphics — blurring the lines between performance laptops and ultraportable PCs.

Intel also revealed details of the upcoming U-series processors (15W for thin-and-light PCs and 9W for tablets) that will populate the traditional thin-and-light and tablet segment. Intel executives didn’t discuss Chromebooks, but the Pentium and Celeron processors could address those segments. Remember, too, that we should be hearing from AMD soon about what their plans are for bringing its next-gen Zen architecture to laptops.

However, Intel won’t release a so-called “H35” processor, the 35W chip Intel launched with Tiger Lake, for ultrabook-class gaming. “We will no longer use the ‘H35’ term in branding, but 12th-Gen Intel Core H-series will scale in systems starting at 35W that power ultraportable, super-thin laptops,” an Intel representative said via email. “Because of its scalability, 12th Gen Intel Core H-series will also power many designs from ultraportable to thin enthusiast running at 45W – and Halo designs running up to 65W.”

“In summary, the 12th gen H series is the fastest mobile processor ever,” Rogers said.

During its keynote address, Intel executive vice president Greg Bryant told the audience that the next-gen Core processor, code-named Raptor Lake, is already booting Windows and is on track to launch in late 2022.

This story was updated at 11:19 AM with additional details.