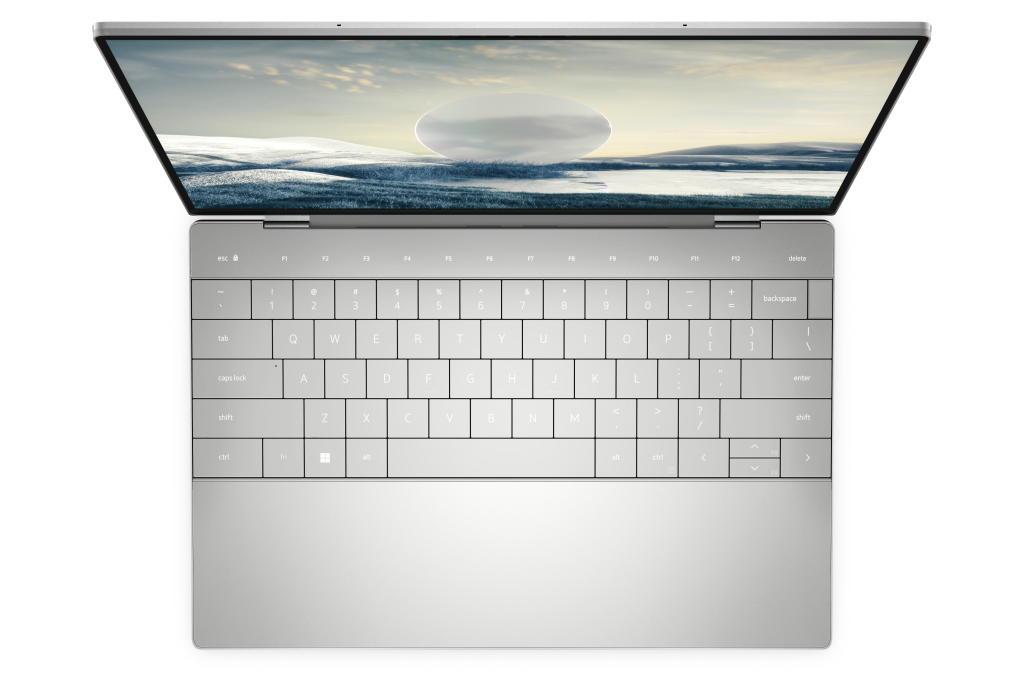 Dell’s original thin-bezel XPS 13 set the pace for all other laptop designs, and now Dell is looking to do it again with its gorgeous new XPS 13 Plus. The star of the show? Dell has loaded the XPS 13 Plus with Intel’s new 12th gen Alder Lake processors, giving the machines a formidable performance boost.

But let’s start with the physical design, and that conversation begins with a striking difference that sets the XPS 13 Plus apart from the slightly lighter XPS 13: the integration of a haptic trackpad into a seamless portion of the palm rest. Traditional trackpads are typically stuffed into a rectangular porthole cut into the palm rest area. But in the XPS 13 Plus, the trackpad’s footprint is invisible, giving the laptop a magical feeling of not having a trackpad at all.

On most conventional laptops, we’re used to a physical click when using the trackpad. With the XPS 13 Plus, the haptic trackpad is reminiscent of a smartphone screen: Your finger senses a pulsing vibration as you move your cursor across the screen. Apple has used haptic trackpads in its MacBooks for some time, but those laptops still include the conventional rectangular cutout versus the more elegant seamless look of the XPS 13 Plus.

Dell borrows another page from Apple with its use of capacitive function keys across the top, ditching rubber dome keys. Dell said it’s not trying to copy Apple’s failed Touchbar, but rather just wants to save space. Physical buttons are taller than capacitive touch button, and since you’ll never be wailing on a mute or F4 key like you would on the letter A or E, the lack of physical function buttons is unlikely to bother you as much. Dell says saving this space, as tiny as it is, still allows the laptop to be thinner, and improves space efficiency for extra hardware inside.

And to seemingly prove that Dell can indeed be just as “courageous” as Apple, the company made the decision to remove the headphone jack. The upside is you get both a left and right Thunderbolt 4 port. Dell said it didn’t make this decision to anger you or to save 50 cents on a component. Company officials told PCWorld they removed the jack for legitimate engineering reasons. Analog headphone jacks may only look like a tiny hole on the side of a laptop, but what you don’t realize is just how deep the jacks have to be. Between removing the physical jack and moving to the capacitive touch function keys, Dell opened up more space for performance parts. Speaking of which…

The first XPS 13 Plus will pack Intel’s newly unwrapped 12th gen Alder Lake CPUs, with model versions ranging from the 12-core Core i5-1240P to the 14-core Core i7-1280P. These are the 28-watt variants of the 12th gen chips, and although we have no performance numbers yet, we can safely predict they’ll offer the most performance we’ve ever seen in an XPS 13, hands down. It’s a very safe bet, as all previous XPS 13 models max out with either the 11th gen 4-core “Tiger Lake” CPUs, or the much older and slower 10th gen 6-core “Comet Lake” CPUs. Graphics for all XPS 13 Plus versions will be Intel’s Iris Xe, which is probably pretty decent, especially when paired with increased memory bandwidth.

In that area, Dell will offer configurations from 8GB of LPDR5/5200 to 32GB of LPDDR5/5200. LPDDR5 will offer a decent increase in bandwidth over LPDDR4X, but not quite the doubling of bandwidth we saw in the segue from DDR4 to DDR5 in desktops. Still, more bandwidth typically aids graphics performance, and in this case, LPDDR5 will offer significant power savings, too.

Storage will range from a 256GB PCIe Gen 3 SSD to a 2TB PCIe Gen 4 SSD using a standard M.2 slot. This last point is important as the XPS 13 2-in-1’s use of a permanent SSD was highly controversial. Dell skips the anger here. Likewise, you’ll find a “normal” dome keyboard with 1mm of travel.

The 13.4-inch, 16:10 aspect ratio screen will range from a 4K UHD+ touch 3840×2400 500-nit screen with DCI-P3 color gamut to a 3456×2160 OLED screen, as well as two FHD+ options. Battery capacity is 55 watt hours with 2×2 Wi-Fi 6E and Bluetooth 5.2 capability. Finally, for those who want a better webcam, Dell continues to eschew a 1080p resolution camera, but it does use a new Windows Hello biometric module that separates the infrared camera from the RGB camera for better low light image quality.