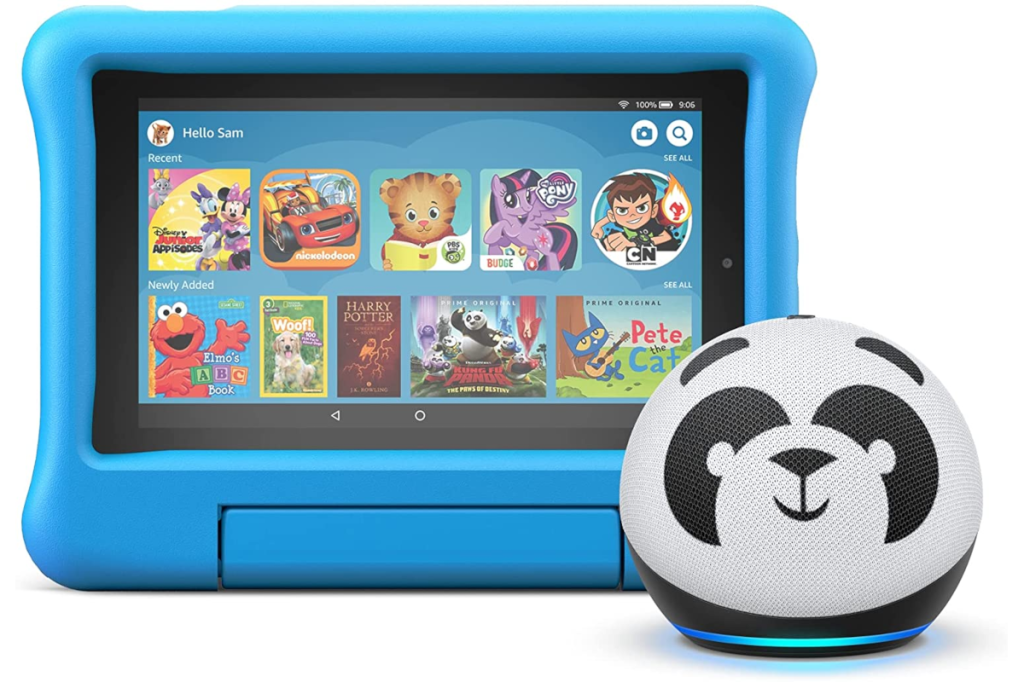 Time is running out before Christmas, but there’s still time to get a few more gifts on schedule from Amazon. Today, you can get the Fire 7 Kids Tablet along with an Echo Dot Kids for just $80 and it’ll arrive before Saturday. That’s the all-time low and $15 off the most recent price. This deal ends just before midnight on Tuesday evening, Pacific time.

The Fire 7 Kids Tablet is essentially the Fire 7 tablet in an extra protective case along with a few extras. The tablet itself is fantastic for getting access to apps in Amazon’s Fire Store and accessing Amazon content. Even though it runs Android, this tablet doesn’t come with Google’s Play Store, though you can install the Play Store on most models. For a Kid’s Tablet, however, access to the Play Store may not be something you want.

In addition to the 7-inch tablet, you also get a year of Amazon Kids+. This gives you free access to a large library of apps, games, e-books, videos, audio books, and more. After the first year, a subscription will cost $2.99 per month.

The kids tablet also comes with parental controls, so the kids aren’t up all night watching movies.

You also get an Echo Dot Kids that comes in a friendly-looking panda outer shell. Kids can use it to play music, ask Alexa questions, and set alarms.