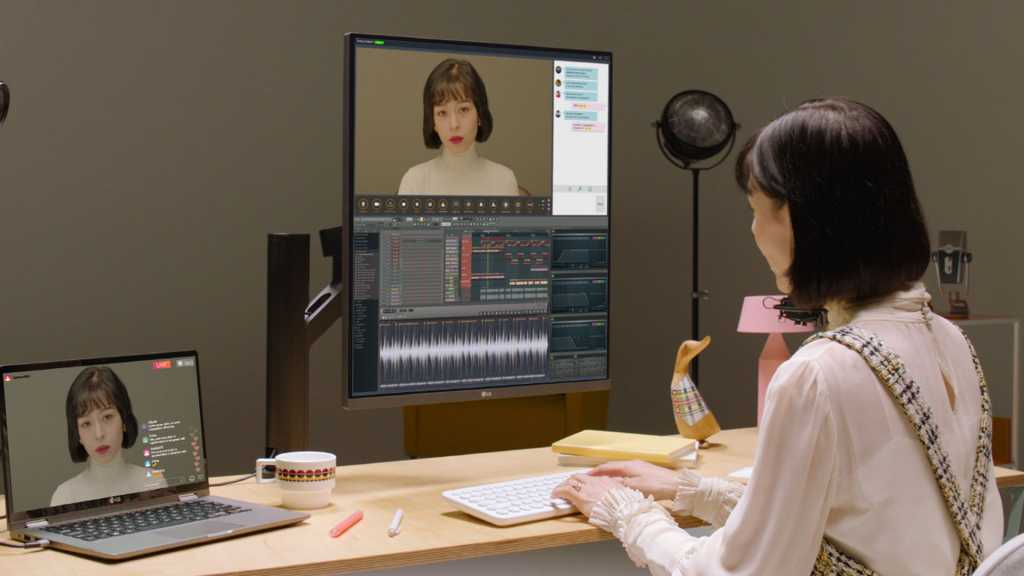 Though the vast majority of computer screens are now a video-friendly 16:9 aspect ratio, we’ve seen some experimentation lately. Almost all of it has been with ultrawide and mega-ultrawide screens, like a series of massive 49-inch displays aimed at gamers which are effectively two 16:9 monitors side by side. LG has decided to go in the opposite direction with its new DualUp 28MQ780 monitor design. It’s basically two standard widescreen monitors stacked on top of each other, for a nearly-square aspect ratio of 16:18. Yes, that’s taller than it is wide.

The NanoIPS panel is 2560×2880, effectively double that of a 1440p screen. The size is a bit less than that resolution might imply: 27.6 inches diagonally, meaning you could replicate similar screen real estate with two 21-inch monitors (or more likely beat it with two 24-inch screens). At 300 nits of brightness, 1000:1 contrast ratio, and presumably a standard 60Hz refresh rate, it’s not going to win over many gamers… not that a lot of modern games would know what to do with that resolution, anyway.

No, LG is aiming squarely [editor’s note: Michael, we talked about this!] for the suit-and-tie set with the DualUp. In addition to an Ergo stand that clamps onto a desk edge to save space, it comes with the popular “vertical split view function” (essentially virtual monitor zones) to more effectively manage windows, either side by side or one on top of the other. I can see this being a popular option for users who spend hours in word processor and spreadsheet applications every day.

The screen can handle two HDMI inputs and one DisplayPort, and one USB-C port for video and up to 96 watts of power delivery for your laptop. Two USB-A ports help handle accessories. There’s also a mobile-style auto-brightness detector, which is welcome, plus two 7-watt speakers, which are less so. LG isn’t saying how much the DualUp monitor will cost when it goes on sale sometime next year, but you can expect to pay a premium for that novel panel shape and resolution.