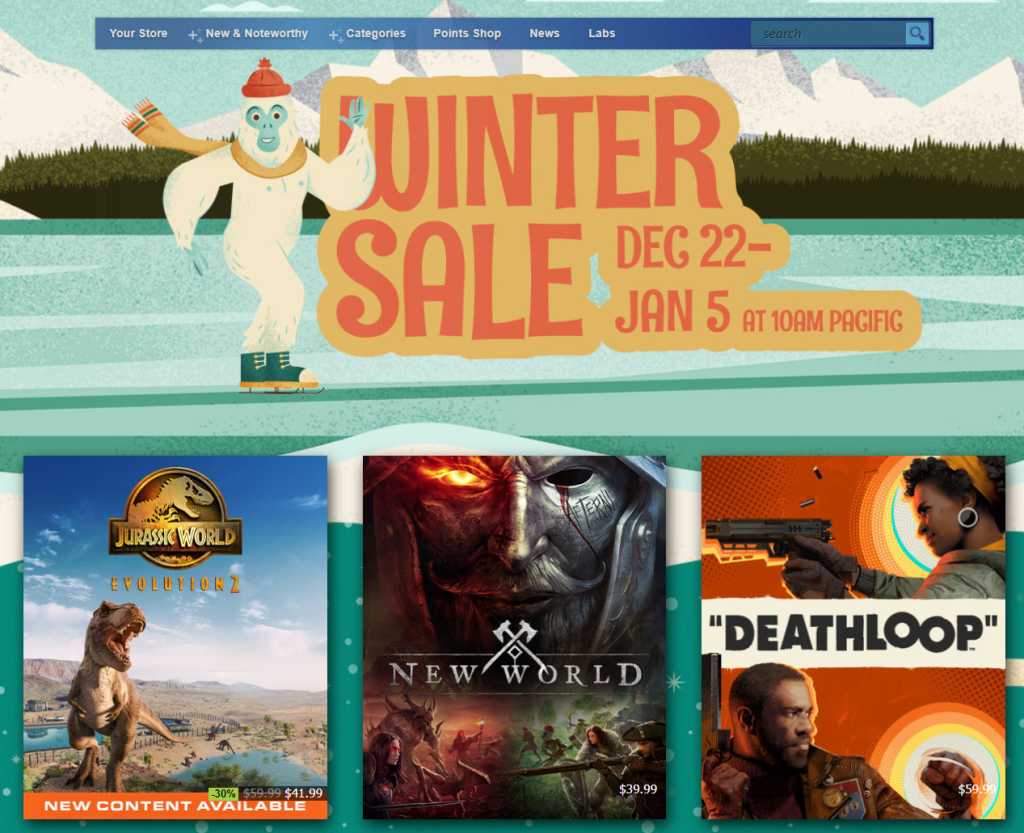 ‘Twas the week before Christmas, and all through the house, the kids had the fiber connection maxed out. While Mom and Dad slumbered off egg nog and beer, LEDs glowed with holiday cheer. The children scrolled long lists of games on their screens: ‘Twas time for the yearly Winter Sale on Steam. With credit card info and wishlists filled in, they lit up their graphics cards for a winter game binge.

Not to be outdone by the Epic Games Store, Steam’s traditional holiday sale has now formally begun. Typically the biggest and most dramatic of the service’s semi-regular promotional events, this one runs from today until January 5, offering discounts of up to 75 percent ( or more) on hundreds of game downloads for Windows, MacOS, and Linux. Notable discounts include:

The Epic Games Store is stepping up its competition with Steam, and indeed, might be outdoing it this year. In addition to the free weekly game the store has been giving away to its users all year, it’s been offering one free game every day since last week, and will continue to do so through next week. On top of that, Epic is offering a $10-off coupon on any game that costs $15 or more…and that discount can be applied over and over on unlimited purchases.