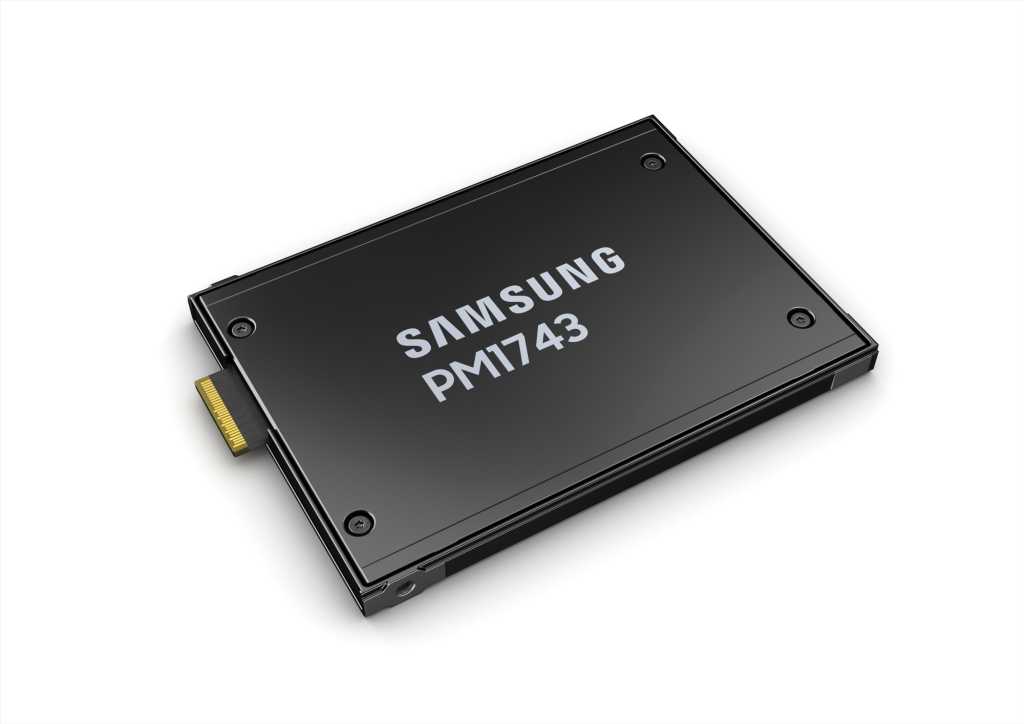 Samsung’s new PM1743 might be aimed at servers, but as the first PCIe 5.0 SSD to arrive, it’s should still titillate storage nerds about what’s likely to come for consumers.

The PM1743 essentially offers double the potential bandwidth over drives based on PCIe 4.0. Doubling of the interface doesn’t mean much if the drive can’t use it, but it looks like the PM1743 soaks up the speeds. Samsung officials said the drive is capable of hitting 13,000MBps read speeds and random read speeds of 2,500K IOPS.

That adds up to a smooth 1.9x to 1.7x performance boost over Samsung’s stunning PCIe 4.0-drives. Write speeds are rated at 6,600MBps, with random write speeds of 250K IOPS, which is also nearly a doubling over the previous Samsung drives.

Samsung said the drive will be offered in capacities from 1.92TB to 15.36TB in the traditional 2.5-inch form factor or the newer 3-inch EDSFF “ruler” form factor. The company expects to go into mass production of the drive in first quarter of 2022.

So what does the arrival of Samsung’s first PCIe 5.0 SSD mean for consumers? It’s always a chicken or egg scenario with new standards, but now that the first PCIe 5.0 desktops are finally here with Intel’s 12th-gen Alder Lake CPUs, you can guess that consumer-focused PCIe 5.0 SSDs with tantalizing double-digit read speeds are in the works too. Here’s hoping we start seeing PCIe 5.0 drives show up on our roundup of the best SSDs sooner than later.