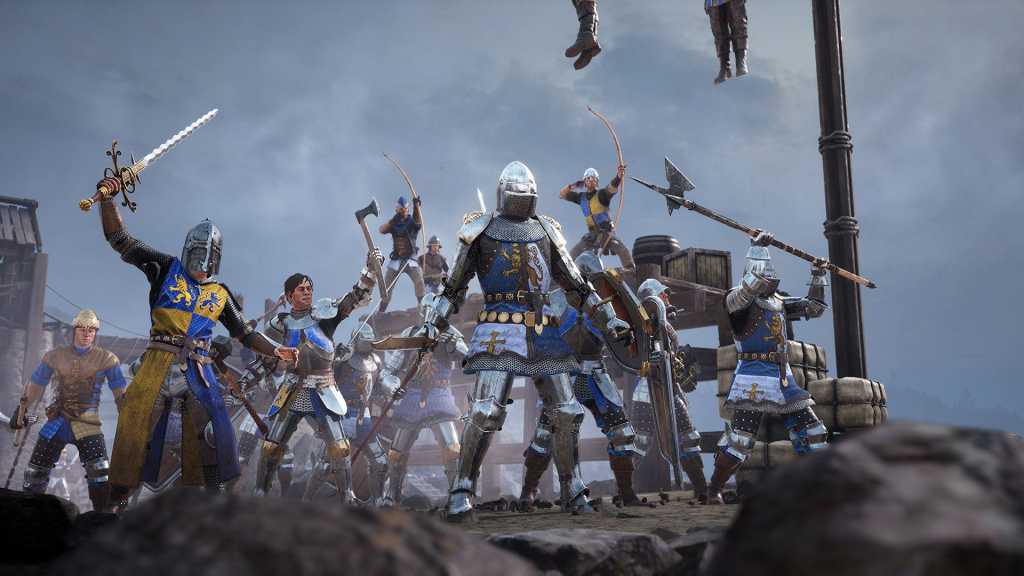 Gaming never went out of style, but over the last couple of years, it’s evolved from a fun hobby into an essential lifeline. Games provide more active experiences that can help you forget that you’ve been staring at the same walls for weeks, letting you explore far-away virtual worlds or hang out with friends in the virtual safety of multiplayer lobbies. Gaming exploded in popularity in 2020, but it stayed vital in 2021 despite an avalanche of game delays and the near-complete unavailability of graphics cards.

Now it’s time to celebrate the best. We asked PCWorld’s staff to share their favorite PC games of 2021. Without further ado, here they are.

Forza Horizon remains the best pure arcade racer around, and Forza Horizon 5 perfects the series’ bombastic open-world action. Chasing down vehicles hidden in barns throughout Mexico never gets boring, and there’s new races or goodies hiding around seemingly every bend. Simply changing car classes can change the feel of almost every race (before you even wade into tuning your vehicles) and you can even create your own racing challenges, or play challenges crafted by others. If you’re a completionist who wants to cross off every box and collect all 500-plus cars, you’ll be blasting down streets for a long, long, long time—and enjoying every over-the-top second of it. Forza Horizon 5 is pure, unadulterated joy, and that’s coming from a dude who isn’t a gearhead.

You can snag Forza Horizon 5 on Steam, but it’s also available as part of a $10 per month Xbox Games Pass for PC subscription, the best deal in PC gaming. Several of the games on this list are, actually. —Brad Chacos

This is sci-fi horror at its best. Chernobylite tasks you with exploring an alternate history version of the area in and around Chernobyl, armed with makeshift weapons in hopes of finding your long-lost wife. If you’re into sci-fi, horror, or the history around the Chernobyl disaster, this is a must play. It plays similar to shooters like Metro and Stalker, but with added team building, base building, and branching story mechanics that make it truly unique. This game was made for someone like me, and I enjoyed every single minute of it—even when it scared the hell out of me with its creeping monsters and haunting landscapes. —Adam Patrick Murray

For me, one AAA title stands above the rest this year: Deathloop, from Dishonored developer Arkane. While this first-person shooter doesn’t break a lot of new ground in terms of mechanics, its remix of die-respawn-die-again gameplay and Dark Souls-style “invasion” multiplayer are worth checking out. But the real draw is Deathloop‘s world, a bizarre mix of time-bending sci-fi and retro-futurist 1970s architecture, deliberately evoking classic entries in Black film. The vocal performances of the two leads, player-protagonist Colt and time-hopping assassin Julianna, are especially engaging. —Michael Crider

Two psychological horror game greats (Bloober Team and Silent Hill‘s Akira Yamaoka) team up for a truly haunting tale of a spirit medium who can inhabit both the real and spirit worlds. The Medium is set in post-communist Poland in 1999. The story takes plenty of twists and turns along the way, but it’s the dual-worlds gameplay that truly sets this game apart. You can inhabit and control the medium in both worlds at the same time to solve puzzles, escape monsters, and unravel the secrets of the story. Add luscious, system-punishing ray-tracing tech and a phenomenal soundtrack and you have a game that pushes the limits of your gaming rig AND your wits. —Adam Patrick Murray

Final Fantasy XIV is more than just a game to me, it’s a work of art. Between the gorgeous dungeons and the vibrant landscapes, it’s one of the most beautiful games I’ve ever played. The story is also creative and engaging, and I’ve found myself getting attached to the main cast of characters. For an MMO, the community is surprisingly laid-back as well. Most of the players I’ve been paired up with in dungeons are patient and understanding. It’s a far cry from the hyper-competitive players in games like World of Warcraft, for example. If you’re looking to try out a new MMO, I’d highly recommend Final Fantasy XIV. —Ashley Biancuzzo

While some of those on PCWorld’s staff dismiss Halo as ‘just a console shooter,’ gamers like me who’ve played Halo from the beginning have been eagerly awaiting the next chapter in the saga. The new semi-open world of Halo Infinite’s singleplayer campaign is a big departure from Halo games of yore, but 343 has nailed the transition and provided a fresh experience for returning players while also making it a fantastic entry point for those new to the series. Zip-lining around as Master Chief feels terrific, and blends in seamlessly with the series’ classic rock-paper-scissors gameplay. The story is also surprisingly touching for a Halo game. But while the new open world is fun, it’s the multiplayer that will keep me coming back for months to come! —Adam Patrick Murray

I haven’t even played Halo Infinite’s campaign yet. I’ve been too busy spending time with my friends in its multiplayer. Infinite’s multiplayer modes have a perfect balance between satisfying kills based on skill, and dumb but STILL VALID moves like bouncing a plasma coil off someone’s head. It’s hard to quit. (I fall in the second camp of play, if it’s not clear.)

In terms of ability, I’m so far below ranked play (which starts at Bronze) that I belong in Rusted Tin, but it’s fine. I mow people over with a Ghost when I can; I sneak up on people in the middle of kill streaks and death slap ’em; I busy myself with running up to the flag while everyone else is killing each other (you know, the actual objective). I still have a ton of fun as my friends carry me with their rampages, and there’s always a lot of laughter and hooting in our voice chat as we report on our activities within the map.

Last year, I picked Sea of Thieves for its goofy dumb fun; Halo Infinite does it one better. You see, it doesn’t just allow you to pull off wonderfully stupid stunts. There’s also always the tantalizing lure of someday improving and pulling off the same kind of cool kills as other players. So yeah, I’ll get to the campaign at some point. I probably should, so I can properly figure out the gear everyone inflicts on me.

But see it all for yourself: Infinite’s multiplayer is free to play, so you can hop right in too. And don’t skip over Fiesta mode. In fact, try that one out first. (You’re welcome.) —Alaina Yee

I can’t think of a more ‘PC-ass PC game’ of 2021 than Chivalry II. It’s a first-person, 64-player medieval combat game born from an ultra-popular Half-Life 2 mod, and it has a dedicated Shout button that does nothing more than make you feel badass running to meet your death. Through a wide-ranging blend of multiplayer modes and maps I’ve experienced some of the most fun and silliest moments I’ve ever had in a video game, and even when I die I have a damn good time doing it. Chivalry II won The Full Nerd’s best PC game of 2021 award for good reason, and I can’t wait to meet my opponents on the battlefield and duel to the death! —Adam Patrick Murray

Like last year, I dipped in and out of many more games than we could ever list here, so I wanted to cast a spotlight on a few more you shouldn’t miss—mostly indies.

Hitman 3 is the pinnacle of the Hitman series’ over-the-top murder sandbox gameplay, nailing absolutely every aspect. It’s not just great, it’s almost infinitely replayable. Loop Hero is another remarkably replayable game, an RPG with stats and monsters and a story, but one where you don’t directly control the hero—instead, you kit them out and place cards that shape the world around the titular loop. Inscryption bills itself as “an inky black card-based odyssey that blends the deckbuilding roguelike, escape-room style puzzles, and psychological horror into a blood-laced smoothie.” And well, yep. And as always, shout-out to XCOM 2, the alien-toppling tactics game that remains my go-to five long years after its debut. “Long War” mods kept both XCOM and XCOM 2 feeling fresh long after the base games started feeling stale, and I can’t wait to try out the new “Long War of the Chosen” mod that just launched earlier this month, building upon XCOM 2’s fantastic “War of the Chosen” expansion. —Brad Chacos