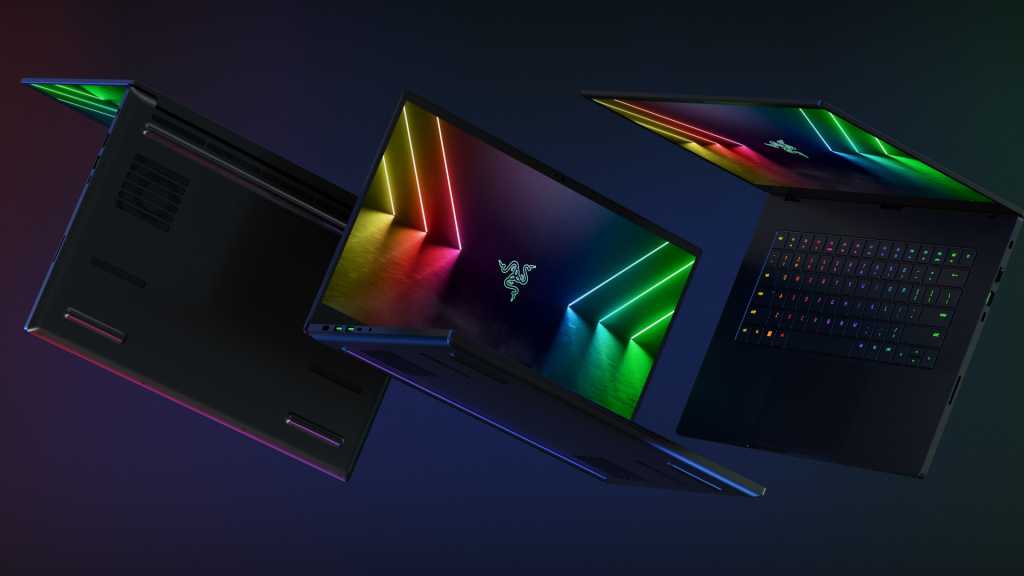 Razer is one of the most visible brands in PC gaming, thanks in no small part to its Blade laptops. The company isn’t interested in falling behind on that score. To that end, Razer announced brand-new versions of the Blade 14, 15, and 17 laptops at CES 2022, all packing the latest CPU options from Intel and AMD and the latest and greatest GPUs from Nvidia. All three will go on sale at the beginning of the first quarter this year.

The refreshed line of Blade laptops includes larger, more comfy keyboards, new laser-milled speaker grilles, and a refined hinge that makes the laptops thinner. All three laptops get the usual RGB keyboards and glass trackpad, but wireless has been upgraded to Wi-Fi 6E and Bluetooth 5.2. Users also get a handy Windows Hello-compatible IR camera in addition to the 1080p webcam.

The refreshed Blade 14 is Razer’s AMD-powered machine, with just one processor across all three configurations: the new AMD Ryzen 9 6900HX packing eight cores and 16 threads. That CPU brings an integrated Radeon 680M GPU for less intense tasks. But when you’re ready to step up, you get access to an Nvidia GeForce RTX 3060, 3070 Ti, or 3080 Ti (16GB), depending on which model you choose. AMD’s MUX switch means the laptop can dynamically flip between integrated and discrete graphics.

The base model uses a 144Hz 1080p screen, with the two more expensive options going for 2560×1440 IPS panels at 165 hertz. All three machines use 16GB of DDR5 memory and either one or two terabytes of PCIe gen-4 storage. Along the left side is the proprietary 320-watt power port (though the adapter is only 230 watts), USB-C Gen 2 (also accepts power with at least 20 volts), USB-A, and a headphone jack. On the right you get HDMI and another USB-C and USB-A port. The battery is 61.6 watt-hours.

The Blade 15 is Razer’s first laptop with 12th-gen Intel CPUs. It’s coming with the same 14-core i7 12800H across most models, with RAM starting at 16GB and storage at 1TB (with one open M.2 slot in the chassis). Graphics cards are the same trio as with the Blade 14, but they’re paired to more impressive screens: a 240Hz QHD panel on the base model with optional upgrades to a blistering 360Hz 1080p display. On the left side it gets an extra Type-A USB port, with the right side gaining a full-sized SD card reader. The battery is boosted to 80 watt-hours.

If your wallet can handle the strain, read on for the details of the Blade 17. On top of all the same specs as the Blade 15, complete with a 4K 144Hz screen upgrade at the high end, Razer’s most powerful laptop can be configured with 4TB of NVMe storage… and that still leaves one M.2 bay open for even more. 16GB or 32GB of DDR5 memory is standard with a 64GB upgrade available. Ports are the same as the 15-inch model, plus a fold-out 2.5Gb Ethernet port for hardwired gaming. The Blade 17 also has room for a new eight-speaker array (though it’s still playing in stereo) and a slightly boosted 82 watt-hour battery.