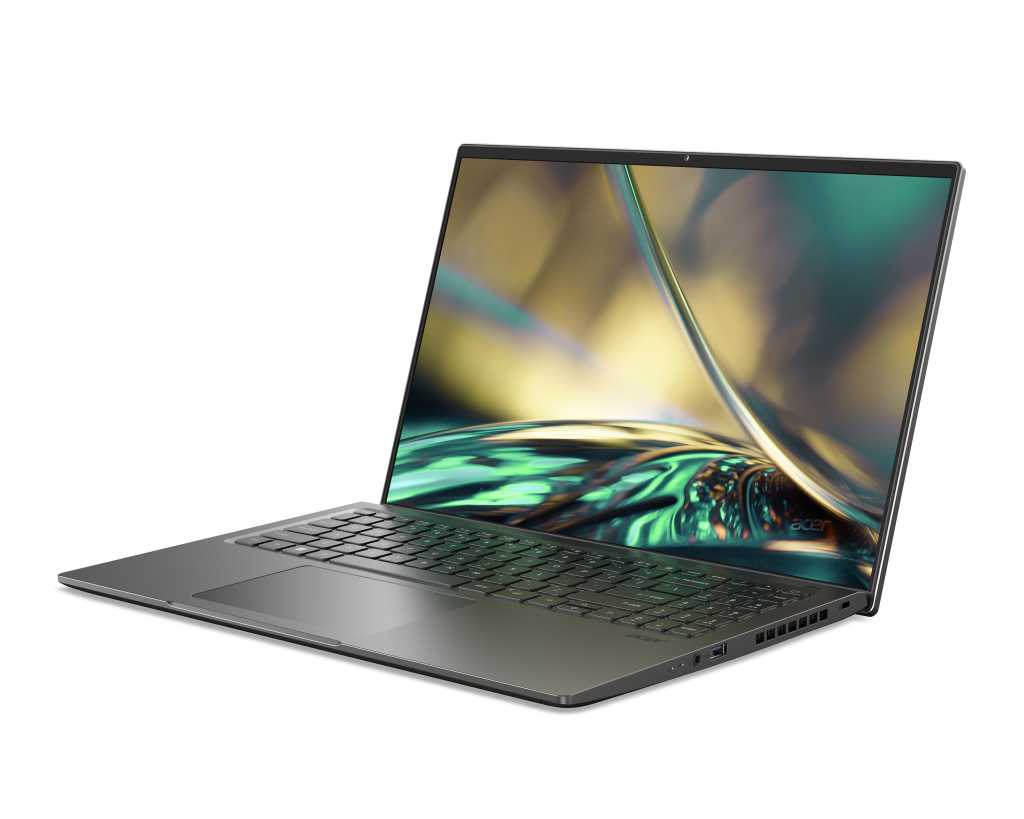 Intel has yet to formally launch its new Arc discrete mobile GPU, but it’s already scored a design win: inside a new 16-inch version of Acer’s Swift X laptop.

Acer is launching a pair of new Swift X notebooks this week at CES 2022, albeit with several key questions left unanswered. We don’t know when the new Swift X models will ship, or how expensive they’ll be, either. Still, launching the new Arc chip might just be meaty enough.

In August, Intel revealed that its next serious foray into the discrete GPU market would be branded under the name Arc. Interestingly, much of what we know about Arc has been focused on what we presumed to have been a desktop GPU, with support for hardware-based ray tracing and the Nvidia DLSS 2.0-like XeSS technology. Intel has also said that Arc will debut during the first quarter of 2022, so the time is now for an Arc launch, if not actual silicon.

There’s also precedent: The Acer Swift 3X was the first laptop to include a discrete Xe Max GPU inside of it, so launching the discrete Arc GPU in an Acer Swift X laptop makes sense. Intel performance strategist Ryan Shrout also teased some graphics news this week, likely the Arc debut.

Not surprisingly, Acer is saying that the 16-inch Swift X (the SFX16-52G) has been branded as an Evo platform, the name Intel gives to notebooks that have undergone special collaboration between Intel engineers and the PC maker’s own design team. Naturally, both the 16-inch Swift X as well as the more traditional 14-inch model (the new SFX14-51G) include 12th-gen Core (Alder Lake) CPUs inside of them.

Here’s what we know of the new 16-inch model: It will include an Alder Lake chip with up to 12 cores (four performance cores, and eight efficiency cores) inside of it, all behind a 2560×1600 16-inch display that boasts 400 nits of brightness and 100 percent coverage of the sRGB color gamut assisted by the Acer Color Intelligence technology. Dual fans and dual heat pipes will help cool the laptop, too. Memory options will range upwards to 16GB of LPDDR5 memory, as well as 2TB of PCIe SSD storage. The Swift X will also include Wi-Fi 6E and a pair of Thunderbolt 4 ports, too, alongside two more conventional USB 3.2 Gen 1 Type A ports and a Windows Hello-certified fingerprint sensor.

The Swift 3 we reviewed in 2020 was disappointingly weak, but the Iris Xe Max boosted the performance of the Swift 3X to four stars in our 2021 review. Will the addition of the first Arc chip propel the Swift X to an Editor’s Choice award?