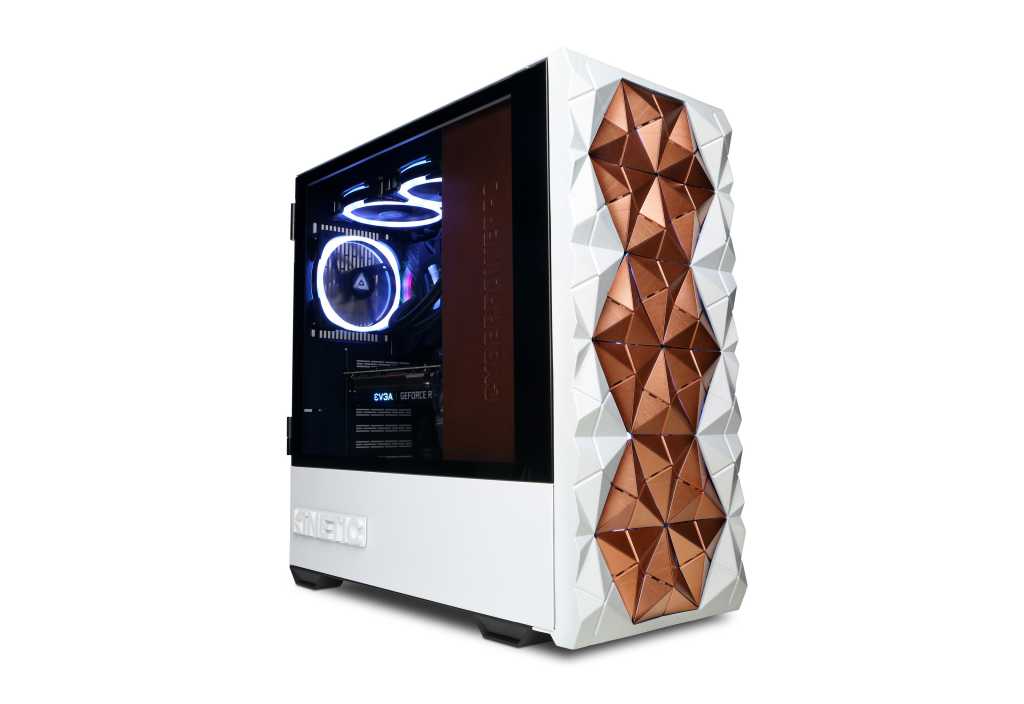 Is it alive? That might be your first thought when you see CyberPower’s new Kinetic Series PC in action. At a glance, it looks like it’s breathing.

CyberPower’s new case actually features 18 individually automated ports that open or close to increase or decrease airflow. Rather than try to explain it in words, the GIF below gives you a much clearer sense of the Kinetic’s highly unusual design.

CyberPower said each of the openings are attached to a collar that moves the surface by twisting a screw drive. Every five seconds, the system will sample the temperature and open or close the vent as needed. If it’s 70 degrees, for example, the vents will stay closed, but above that each vent will open slightly to increase airflow.

CyberPower’s Nam Hoang said the company has been working on the different mechanisms and actuators for more than six months but has finally found the smoothest and lowest-profile solution. The case can fit up to a 360mm radiator and will accept full ATX motherboards and up to seven 120mm fans or five 140mm fans.

CyberPower said the Kinetic isn’t about maximum airflow that some enthusiasts may seek—it’s about “intelligent airflow.” There’s another type of airflow that may be far more more important to enthusiasts that CyberPower isn’t considering, and that’s stylish airflow. That is, how can you get good airflow while looking absolutely awesome while doing it. The Kinetic Series appears to tick those boxes.

Obviously cases with powered vents or manual vents aren’t unique, but we don’t recall a case ever doing it as wildly cool as this one. The company said it expects to ship systems in the Kinetic Series by the third quarter of this year and is actually considering selling the case on its own—which it expects to retail for about $250—if there’s demand for it.