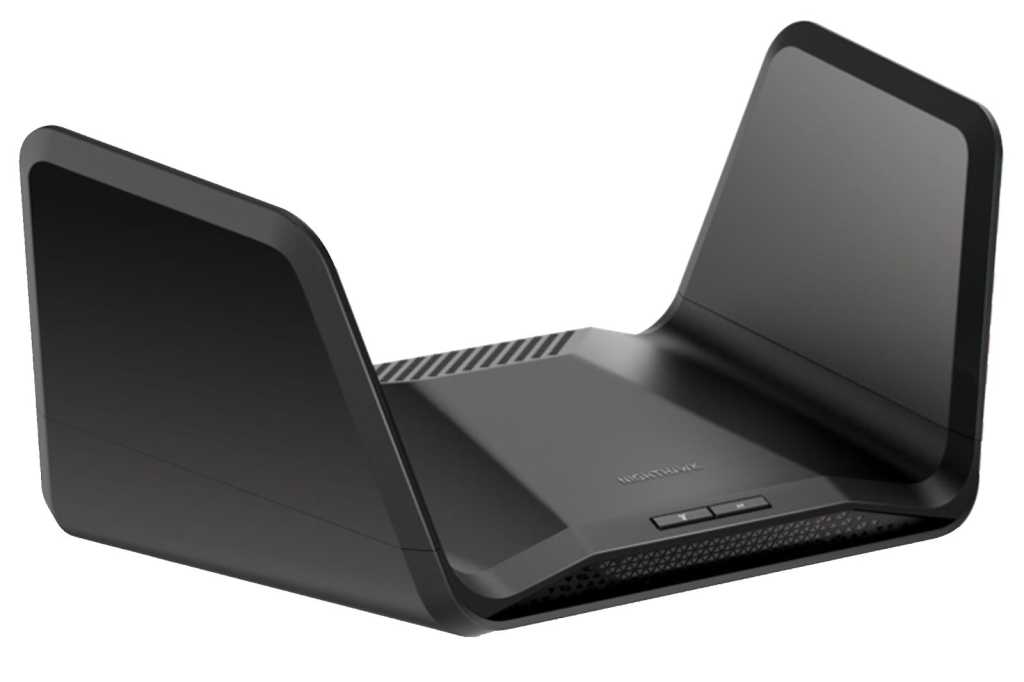 The Nighthawk RAXE500 was one of the first-out-of-the-gate Wi-Fi 6E routers, and in my estimation, the only one so far to truly show the promise of Wi-Fi 6E. While other existing 6E routers I’ve used have been impressive, allowing me to peek behind the curtains to see the low-latency, high-bandwidth future of Wi-Fi, Netgear’s initial release in this space was the first one to throw the curtains wide. It was prohibitively expensive, however, and overkill for most networks.

As you’d expect, now that the early adopters have had their day in the sun, Netgear is bringing the technology down the price tier a bit with their announcement of the Tri-Band Nighthawk RAXE300 ahead of CES 2022. It’s expected to cost $399 at release, and will bear the same winged, internal-antenna design used on other Nighthawk routers. The RAXE300 has a few small physical differences, however, like a USB-C port rather than dual USB 3.0 ports, and a matte black plastic appearance, as opposed to glossy. Otherwise, port selection is the same, with a single gigabit WAN port, four gigabit LAN ports—two of which support link aggregation—and a single 2.5 Gbps configurable LAN/WAN port. If you have a DOCSIS 3.1 modem and the right Internet plan, WAN link aggregation is likewise supported.

Internal differences include a quad-core CPU that’s clocked ever-so-slightly lower than before, at 1.7GHz instead of the 1.8GHz found in the RAXE500. The RAXE300 also loses four spatial streams, transmitting and receiving over a still-very-good eight MU-MIMO streams. Four of the remaining streams are given to the more commonly used 5GHz band, while the 6GHz band is de-emphasized, left with only two spatial streams, or a total link speed of 2.4Gbps. Except for the edgiest of edge case users, I doubt most people would see any meaningful difference. It’s possible that more users would notice some degradation in 2.4GHz throughput, as two streams are likewise cut here, dropping total available link bandwidth to 600MHz, which is fairly low for this price range.

Netgear says the RAXE300 will cover up to 2,500 sq. ft., or a mid-to-large home. Netgear uses the same figure for the RAXE500 but in comparison charts they say it will cover a very large home. My guess is both fall closely on either side of a somewhat arbitrary dividing line—2,500 is a nice, round number, after all—and we won’t see any marked difference, but we’ll try to suss that out when we can get our hands on one for direct comparison.