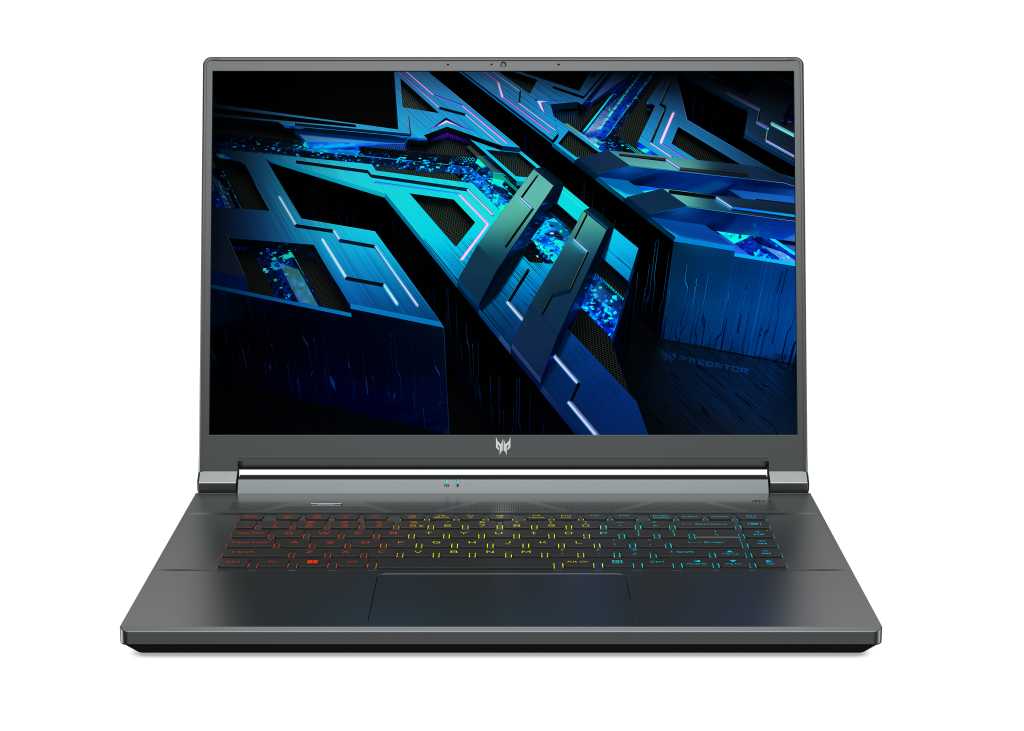 Acer’s new Predator Triton 500 SE laptop attempts to be everything for all people. A gaming notebook, a content-creation powerhouse, and a notebook PC that can survive for hours off of a single charge. Even the price isn’t that excessive at $2,299.99.

Acer launched its premium notebook at CES 2022 for shipment in March along with new, redesigned versions of its Predator Helios gaming laptops as well as a number of flexible configurations used by its Acer Nitro 5.

Acer characterizes the Predator Triton 500 SE as a “special edition” laptop for both home and work, combining a 12th-gen Intel Core i9 (Alder Lake) and an Nvidia GeForce RTX 3080 Ti inside, as well as 32GB of 5200MHz LPDDR5 memory and up to 2TB of PCI Express Gen 4 SSD storage.

The display is where Acer begins to connect the work and play aesthetic. The 16-inch, 2560×1600 IPS display combines both a high refresh rate (240Hz) for gaming as well as 500 nits of brightness and 100 percent coverage of the DCI-P3 color gamut, which are desired features for content creators. (Acer makes available an HDMI 2.1 port for connecting a second display, too.)

Productivity is partially defined by battery life and Acer’s made an effort here, as the Triton 500 SE includes a 99.98Wh battery. The company hasn’t specified how long the battery is expected to last. Though the laptop is somewhat thin (14.1 inches by 10.3 inches by 0.80 inches thick), the battery and additional components add significant weight. The laptop itself weighs 5.51 pounds, which is hefty but not unusual for a heavy-duty gaming machine. That’s probably due in part to what the company touts as superior cooling, with two AeroBlade 3D fans and four heat pipes complement thermal foam strategically placed around the interior and the liquid-metal thermal paste on the CPU.

Otherwise, the Triton 500 SE’s features are relatively standard for the 12th-gen Core (Alder Lake) feature set. Two Thunderbolt 4 USB-C ports allow for external expansion, and both Intel’s Killer-branded 2.5G Ethernet controller and Wi-Fi 6e wireless communicate back and forth to the router.

Like the Triton 500 SE, the Helios 300 includes features like an external HDMI 2.1 port and two USB 3.2 Gen 2 ports (one with charging). However, there’s a single Thunderbolt port, not two. While it adds WiFi 6e technology, it also includes Intel’s Killer DoubleShot Pro, which allows chaining the two WiFi channels together for increased bandwidth.

Finally, Acer allows users to select from multiple Acer Nitro 5 laptops, the company’s budget gaming offerings. Pricing will begin at $1,049.99 with shipments beginning in March. Various configurations will ship over the subsequent months, including the manufacturer’s first use of the AMD Ryzen 6000 series processors (inside the AN515-46).

The Nitro 5 series offers numerous configurations, so that users will be able to choose between either an Intel 12th-gen Core (Alder Lake) or the new Ryzen 6000 processor and up to an Nvidia GeForce RTX 3070 Ti laptop CPU. Acer didn’t say whether that was due to any supply-chain shortages or whether the company preferred Nvidia’s GeForce RTX GPUs or those from AMD. Display options include IPS panels with 1440p (2560×1440, 165Hz, covering 100 percent of the sRGB color gamut) and 1080p (1920×1080, 144Hz).

Acer’s Nitro laptops include the NitroSense app, which allows users to overclock the laptop via a single click. Inside are a pair of fans, intakes on the top and bottom of the chassis, and four exhaust ports.

Memory and storage options will differ based upon your choice of processor technology. Those who choose the Ryzen 6000 option will receive a Nitro 5 configured with DDR5 memory, with 16GB of memory upgradable to 32GB. Those who choose a 12th-gen Core will get 16GB of slower DDR4 memory, also upgradable to 32GB. Conversely, the Nitro 5 laptops all ship with two M.2 SSD slots, but only the Core option ships with a pair of PCI Express Gen 4 slots plus a SATA hard drive option. The Ryzen versions include one Gen 3 SSD slot, one Gen 4 SSD slot, and the SATA connection.

Port layout will vary by processor technology. The Intel-powered Nitro laptops will include Thunderbolt 4 while the AMD versions will include USB4, a subset of the Thunderbolt specification. Otherwise, both versions include an external HDMI 2.1 port as well as USB 3.2 Gen 1 and 2, offering 5Gbps and 10Gbps connectivity. All of the laptops include DTS:X Ultra audio, too.

We’ve included a composite of the various specifications below.