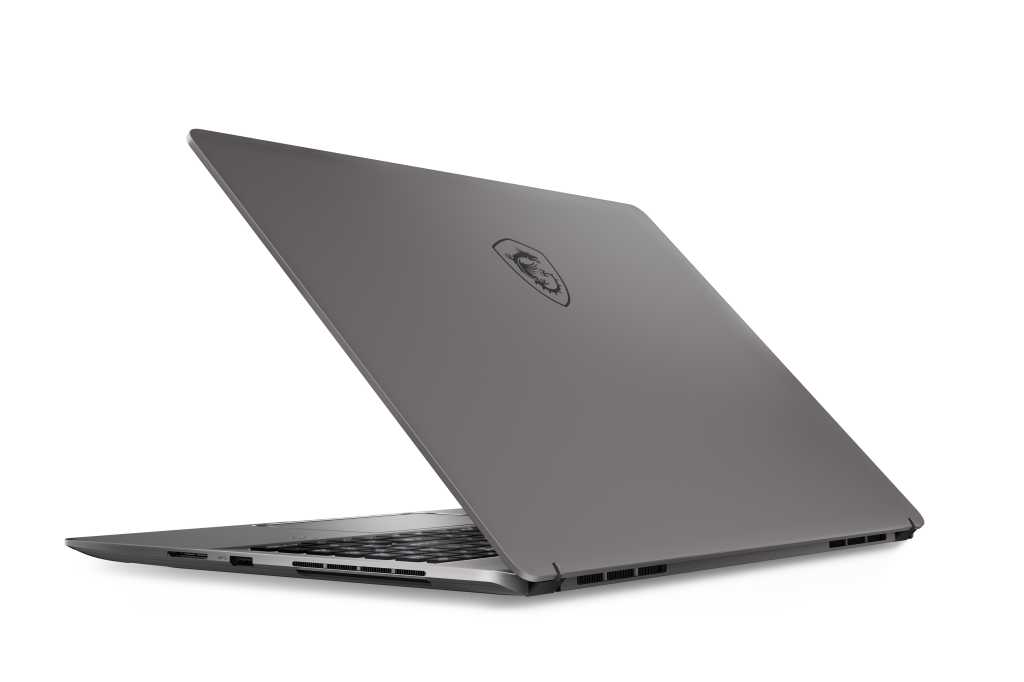 Just what are the limits of a thin and light laptop? MSI looks to test that with its new Creator Z16P, which manages to jam a 14-core 12th gen Core i9-12900H CPU and—we repeat—and Nvidia’s new GeForce RTX 3080 Ti GPU into a fairly thin portable.

How thin? The Z16P is 0.75-inches thick, or just over 19mm. The laptop’s footprint is about 14×10 inches, which makes it pretty petite for the hardware it packs.

Of course, with this much hardware in such a small package, cooling immediately comes to mind. To make this all work MSI resorted to a vapor-chamber design instead of conventional thinner heat pipes. In this application, the vapor chamber allows the laptop to better distribute the thermal load of the GPU and CPU since it has more surface area shared between them. A conventional gaming laptop is usually built for heavy GPU loads with the cooling biased more toward that component. In a content-creation laptop, the CPU might be driven as hard as the GPU—and rarely will both be under duress simultaneously—so the vapor chamber helps share the load more.

MSI says the 12th-gen Creator Z16P with conventional heat pipes (used in lower-spec versions of the laptop) can offer a 40 percent improvement over the older 11th-gen-based Creator Z16. With the vapor-chamber design in the Z16P, MSI says an additional 20 percent can be had on the highest-end Z16P.

As the laptop is aimed at content creation, MSI doesn’t skimp on the screen, a 2560×1600 IPS touch panel with a 165Hz refresh rate and spec’d for 100 percent of the DCI-P3 color gamut. For pen users, MSI supports an optional MPP 2.0 pen that charges over USB-C.

The Z16P supports up to 64GB of DDR5/4800 memory and up to a 2TB NVMe SSD. The laptop also features Wi-Fi 6E and a 1080p webcam. Those who want the latest SD card slot will also appreciate that MSI uses an SD Express card reader in the laptop rather than a pedestrian UHS-II reader that no professional laptop would dare include, right? The laptop is powered by a conventional 240-watt DC-in charger, or barrel charger, and features a 90 watt-hour battery.

The good news is that MSI realizes some people want even more, so it’s also introducing the Creator Z17. It features a 16:10 aspect ratio 17-inch screen, also with touch and pen support, and offers up to the same 14-core 12th-gen Core i9-12900H CPU and GeForce RTX 3080 Ti as the Z16P. It’s just slightly heavier and larger than its 16-inch sibling and also skips the vapor-chamber design.

Before you dismiss the larger Creator Z17 as being just “an inch bigger,” you should know that it actually offers about 13 percent more screen real estate than a 16-inch 16:10 panel, and is actually slightly bigger than a 17.3-inch laptop. Confused? Read our story to understand why our screen sizes make no sense.

MSI said the laptops will be available for pre-order beginning January 25, with the first laptops shipping by February 1.