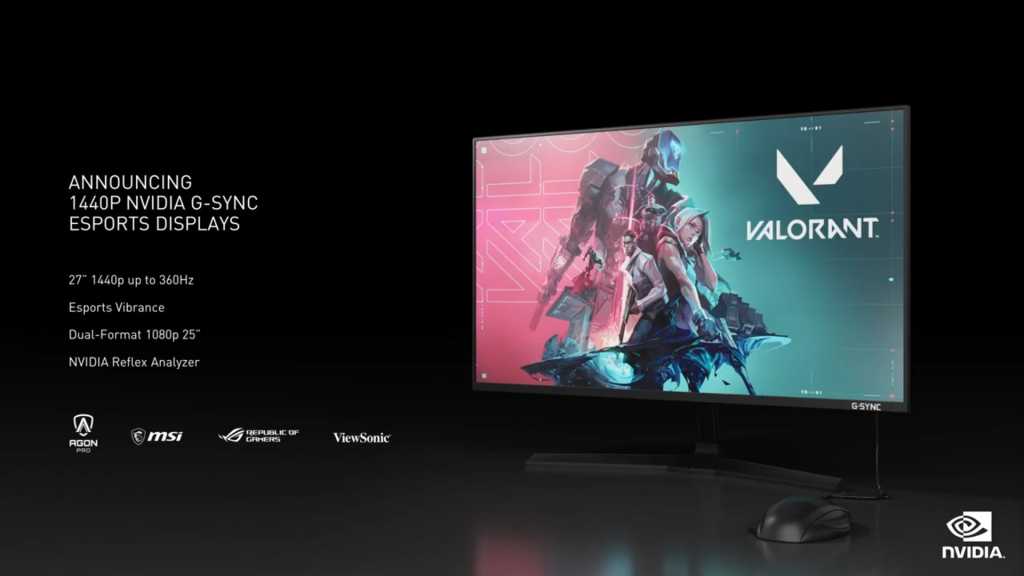 Nvidia has been touting the advantages of incredibly fast displays for a while now, showing off the way that 360Hz panels (showing six times the frames of a standard monitor) can enhance performance for eSports gaming. But those monitors make a sacrifice in resolution: 1080p, something that feels a little stifling when every TV on the Walmart shelf has four times that many pixels. At CES 2022, Nvidia announced a breakthrough for these high-speed monitors, a bump up to 1440p (2560×1440) resolution.

Nvidia says that this next generation of 27-inch, 1440p panels can enhance the experience of eSports “athletes” with up to a 3% improvement in aiming due to the extra resolution. Naturally, these 360hz monitors also benefit from the usual Nvidia bells and whistles, including G-Sync to prevent screen tearing and a built-in performance overlay to show framer per second and latency with a keyboard shortcut, which Nvidia calls its “Reflex Analyzer.”

For games that are more visually intense and can’t hit 360 frames per second at 1440p, some of these monitors will include a “dual-format” mode, showing old-fashioned 1080p resolution at 25 inches of physical space on the panel. This leaves pretty sizeable virtual bezels around the screen, but if you absolutely can’t live without that extra speed, it’s an impressive option.

The new class of 27-inch, 1440p, 360Hz monitors will begin to appear on the market later this year. Nvidia says it has partnerships lined up with AOC, MSI, Asus, and ViewSonic. What about pricing? If you have to ask, you’re clearly not hardcore enough.