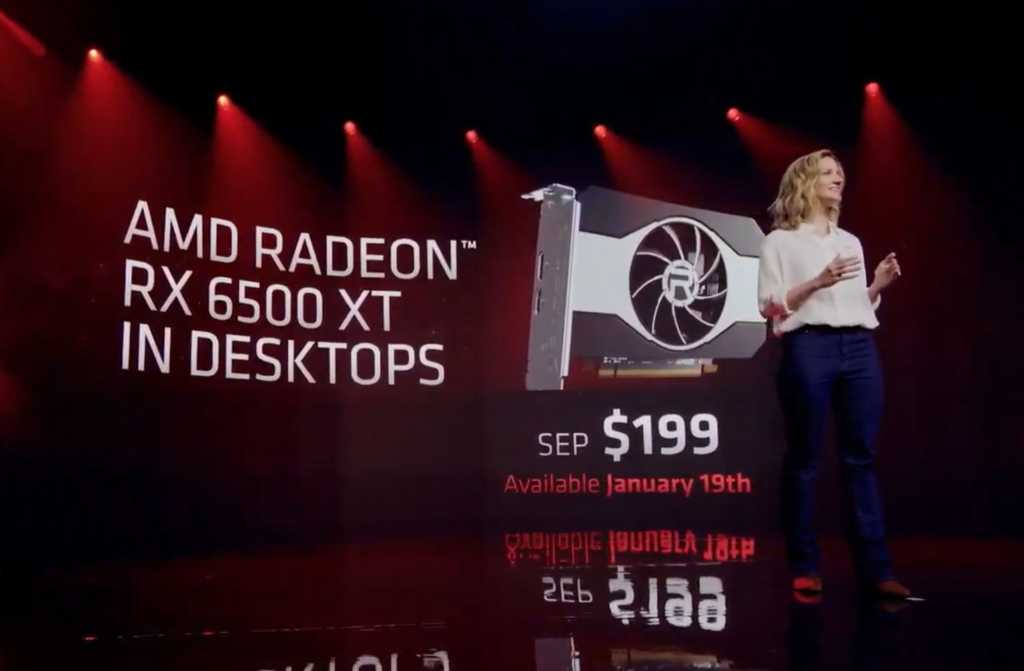 Neither Nvidia nor AMD divulged many hard technical details about their new budget graphics cards, which are both set to hit the streets later this month. From what was revealed, it’s apparent that these will be entry-level graphics cards, capable of decent 1080p gaming with modest graphics settings. Going off the performance charts teased by each vendor—shown below—I’d expect the pricier RTX 3050 to possibly be the faster gaming option, looking at how each compares against the older GTX 1650. But I won’t be surprised if the Radeon RX 6500 XT winds up in the hands of more PC gamers. Not because of the lower price, but because it has a puny 4GB of memory that would’ve made the card dead on arrival a year ago. Now, it could be its salvation.

There are a lot of reasons why graphics cards cost so much right now, and those reasons have evolved as the pandemic stretched on. One constant, though? Booming demand for cryptocurrency like Bitcoin and Ethereum. Mining bitcoin requires specialized hardware, but cryptocoins like Ethereum get churned out on off-the-shelf PC graphics cards. When Ethereum prices boom, consumer graphics cards disappear, because miners can milk easy money out of them. Innocent gamers simply can’t compete with battle-hardened miners deploying bots, backroom deals, and every other trick in the book in the quest for profit.

But mining Ethereum requires more and more memory over time, and in late 2020, that capacity ticked over the 4GB barrier. If your graphics card has 4GB of VRAM—like the Radeon RX 6500 XT—it flat-out can’t be used to mine Ethereum. Nvidia’s GeForce RTX 3050 may very well wind up nudging past AMD’s graphics card in gaming benchmarks, but its 8GB of GDDR6 memory makes it yet another potential target for miners. AMD’s new budget card simply isn’t—at least not when it comes to the most popular cryptocoin for GPU miners.

After originally filing this story, I had an opportunity to chat with AMD CEO Lisa Su and Radeon vice president Laura Smith as part of a small roundtable with journalists. They confirmed that the 4GB capacity for the Radeon RX 6500 XT was an intentional choice.

“There’s a lot of dynamics that are involved in the availability of the GPUs we have,” Smith said. “We have really optimized this one to be gaming first… You can see that with the way we’ve configured the part. Even with the four gigs of frame buffer, that’s a really nice frame buffer size for the majority of triple-A games, but it’s not particularly attractive if you’re doing blockchain-type or mining activities. We’ve tried to make some gamer-first transitions for the things we don’t control, but we have influence over, to optimize that card to be as accessible as possible to the use of gamers.”

And that’s why less might very well wind up meaning more with these new long-awaited budget offerings. Sorry to be the bearer of bad news but the GPU crisis won’t end anytime soon. A graphics card with a fairly weak GPU and a paltry 4GB of memory was met with groans just a year or two ago. But after a year of tumbleweeds blowing across a bleak GPU landscape—we’re PCWorld and we’ve had to point gamers on a budget to cloud gaming and even consoles, ugh—an affordable graphics card that delivers humble but honest performance with a configuration that helps it skirt the attention of mining sharks could be just what the doctor ordered.

If AMD can make enough Radeon RX 6500 XTs to satisfy the pent-up demand, that is—no small feat in itself. Again, there’s a lot of reasons why graphics cards cost so much right now. But cutting miners out of the equation could do a lot to help the crunch, and Lisa Su told PCWorld that “We really are positioning the launch such that at a $199 price point, it is affordable to the mainstream, and we intend to have a lot of product.”