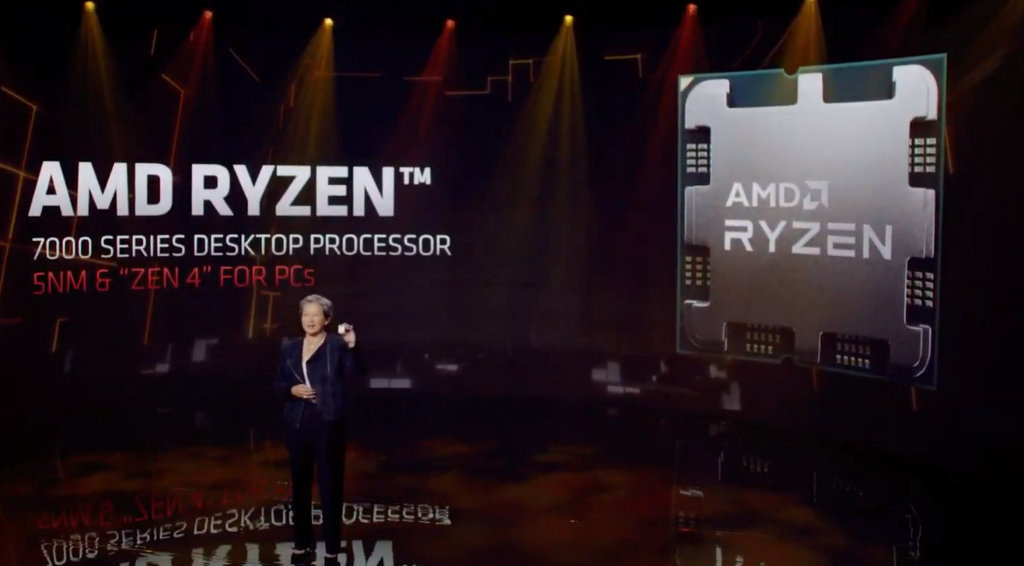 AMD, Intel, Nvidia, Qualcomm: CES always ushers in a flood of chip news that sets the stage for the year to come, and CES 2022 has been no different.

Two broad themes stand out: a concerted effort by AMD and Nvidia to develop low-end GPUs that (hopefully) will be widely available, and the introduction of next-gen CPU platforms by both AMD and Intel. Here’s all of PCWorld’s coverage, filed from our homes while CES limped on.

In my mind, one of the most impressive announcements of CES was the Acer Predator Triton 500 SE, precisely because of what it hoped to accomplish: a platform for both work and play. I couldn’t help but view AMD’s new mobile GPUs through the same lens: GPUs designed for ultraportable laptops that could be carried to work but used for gaming in the evening.

There’s a whole slew of mobile GPUs that AMD announced, although the real problem AMD needs to solve isn’t one for a spec sheet: We just need to see more AMD Radeon-powered laptops, period.

More and more, the gaming experience is being improved not just by GPU hardware, but the conjunction of hardware and software working together.  Nvidia’s DLSS and AMD’s FidelityFX Super Resolution use image upscaling to turn 1080p frame rates into 4K visual quality, but they require developer support. Enter AMD’s Super Resolution, which should work at a more fundamental driver level and accomplish the same thing. Our story explains how it all works.

This is what we were waiting for: AMD’s next-gen mobile CPU, which brings hardware ray tracing to the mobile APU. RDNA 2, Zen3+: What’s not to like? AMD is bringing some impressive capabilities to bear in the mobile CPU market, and we’re extremely eager to see notebooks that take advantage of them. Here’s all the details of AMD’s new Ryzen 6000 chips.

How AMD can push a Ryzen 7 to compete with Intel’s Core i9 is a little technical, involving a new chip technology called V-Cache that AMD showed off during CES last year. What it can accomplish, however, looks incredibly impressive, as demonstrated by AMD’s benchmarks.

This story has a more serious angle, however: What’s next for Ryzen? We’ll spoil it for you, slightly: The beloved AM4 socket that AMD has preserved for years is ending, and AM5 is nigh. AMD’s Ryzen 7000 is due by the end of the year, and we explain what all of this means for you.

The rivalry between AMD and Intel is growing intense, and Intel’s long-awaited mobile Alder Lake CPUs set the stage for some epic competition during 2022. Intel’s already promising a more than 28 percent performance boost over Tiger Lake, and there’s always a flood of Intel-powered notebooks to choose from. Here are the new Alder Lake mobile chips that will help you make that buying decision for new PCs released during 2022—including new “P”-class chips we haven’t seen before.

If you look closely at Intel’s “Alder Lake” specs, you can see that Intel has a lot of knobs to turn: clock speed, power, and now the numbers of “performance” and “efficiency” cores within Alder Lake, too. How about no efficiency cores? Yep, you’ll have that choice. What about a massively powerful 5.5GHZ processor? That option is there, too. Be prepared that when you’re picking out a 12th-gen Core tablet or notebook you’ll have a bunch of options to choose from, and our story breaks them all down.

Unfortunately Intel didn’t offer much in the way of performance estimates, giving credence to those who think the Arc won’t offer that much in terms of graphics power. But the time is ripe to ship a GPU—any GPU—to a market starved for graphics of all kinds.

Does Nvidia know we’re knee deep in the midst of The Great GPU Shortage? Apparently not. During its CES 2022 keynote, Team Green came out swinging with not one, not two, but four fresh graphics cards for desktops and laptops. But at $249, the RTX 3050 is an affordable, available (?) GPU, and that’s what the market is clamoring for right now. Here are the new Nvidia cards that could power your PC in 2022.

Intel’s never been shy about self-promotion (“Intel Inside,” anyone?), but, still, the force with which the company is pushing its Evo brand is somewhat surprising. At CES, Intel made two key announcements: First, it’s expanding the Evo brand into peripherals, and even some desktops and commercial devices. Second, it’s making cross-platform content sharing an Evo perk. Wait, there are perks to buying an Evo laptop? Like, freebies? What’s Intel doing here?

Qualcomm, Microsoft team up on AR

This is just vague enough to be tantalizing: Qualcomm and Microsoft are teaming up with chips for lightweight AR glasses. Like Google Glass? A new HoloLens? This bears watching.