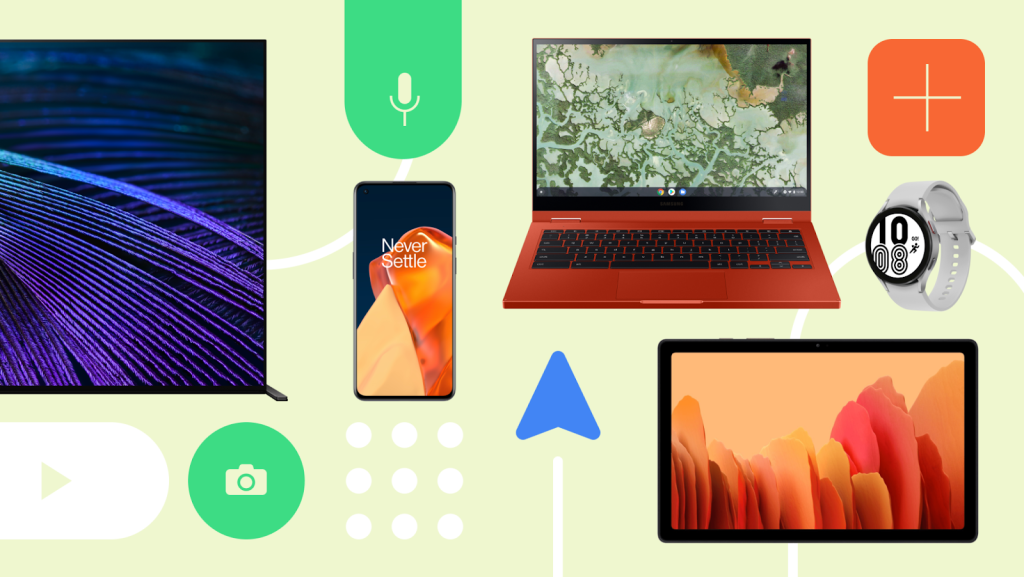 Google’s resolution for 2022 appears to be connecting Chromebooks, Android phones, and PCs together for improved synergy and productivity. Based on a feature roadmap the tech giant released for the coming months, PCs appear to be a specific focus, though Google has already made progress in tying together components of its Android ecosystem.

At CES 2022, Google said it plans to work with the Acer, HP, and Intel to connect Android phones to PCs with Fast Pair, then use that as a bridge to share files with Android’s Nearby Share, as well as sync text messages and even set up Bluetooth accessories. The features will be rolling out throughout the year, Google said.

What isn’t clear is how these new features will coexist or improve upon Your Phone, the built-in Windows 10/11 feature that allows PCs and Android phones to transfer files (specifically photos) and interact with text messages. Certain Android phones will also allow Your Phone to interact with the phone’s screen, too. What’s more clear is that Your Phone will have some competition in this regard: “For the first time with Android, we’re also focused on building for other platforms, like Windows, whether it’s in gaming, productivity or other areas,” Google wrote in a blog post.

Where PC-like devices are concerned, Google’s focus is in Chromebooks, and Google said it plans a number of small improvements in Chromebook connectivity over the coming months. Later this year, you’ll be able to use your Android phone to help set up a Chromebook, including porting over your Google account and available Wi-Fi connections and passwords. (You can already see this today, somewhat, in the way Google uses your phone to set up Google Home devices and their associated services.)

Other Chromebook improvements will include:

Google also provided a list of features that it will bring to other connected devices around the home, centering around Fast Pair. “We’re continuing our work with partners to further extend Fast Pair’s functionality beyond audio connectivity with wearables, headphones, speakers and cars and extending it to TVs and smart home devices, so you can instantly start using all the devices in your life,” Google said. Fast Pair, for example, will be the way in which Google intends to quickly connect new smart devices to your home network, including devices based on the universal Matter standard that was delayed until 2022.

Google will also begin automatically switch headphone/earbud audio to the device you’re working on, too. For example, if you receive a phone call while working on your Android tablet, the earbuds will automatically connect to the Android phone instead.

Finally, Google said that it’s bringing some cool new features to connected cars. While you can currently use your Pixel or Samsung phone to unlock and start a BMW car, phones that support UWB technology won’t even need to be removed from your pocket to unlock your cars, and you’ll be able to send a “car key” electronically to your friends if they need to drive it while you’re away. connected Volvos with Google Assistant will add a new, different feature: Assistant connectivity, so that you’ll be able to warm up and cool down your call and ask it how much battery it has left.