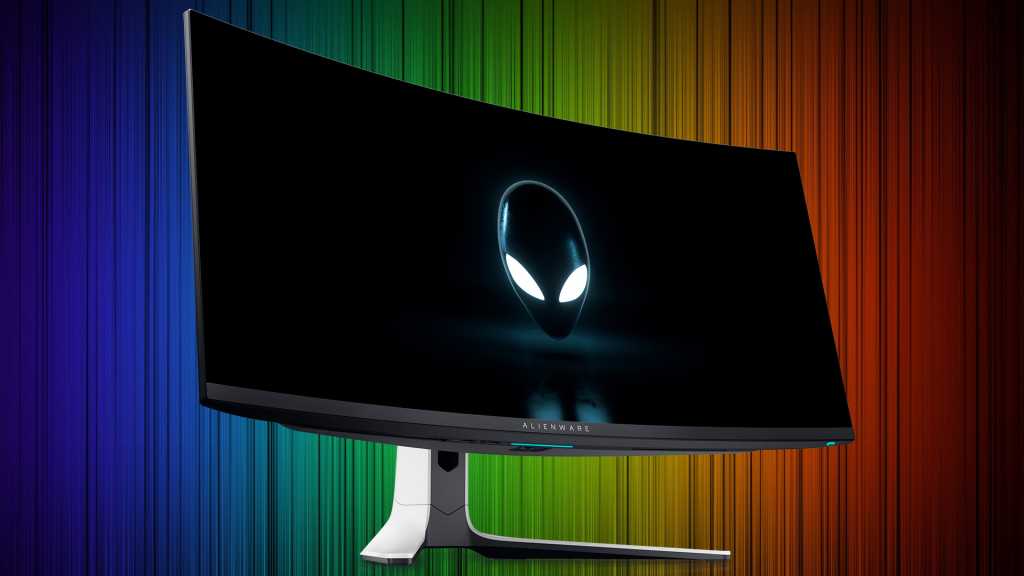 Slowly but surely, OLED monitors are becoming a thing. But so far they’re either designed for super-premium creators or essentially repurposed TV-sized screens that can fit on a desk (maybe, if it’s reinforced). At CES 2022, Alienware is the first company to apply OLED screen tech to a more conventional screen size for PC gaming. Meet the Alienware 34 QD-OLED, the monitor I’ll be trying my best not to buy this year because I still have to pay rent.

The prefix in “QD-OLED” stands for Quantum Dot. Dell’s supplier, Samsung, is combining the two panel technologies to make an OLED panel with more brightness and 99.3% DCI-P3 color coverage. The monitor’s peak brightness output is an impressive 1000 nits despite the “perfect” blacks of OLED. Naturally, with a display this premium, you get Nvidia’s G-Sync Ultimate hardware, .1ms response time, and an impressive 175Hz native refresh rate. The curve of the panel is 1800R, fairly typical for a 34-inch ultrawide with a 3440×1440 resolution, but not as dramatic as some screens on the market.

In terms of connection, you get on DisplayPort 1.4, two HDMI 2.0, and a few USB-A ports. Notably missing is USB-C or Thunderbolt support, at least according to the spec sheet, but you do get audio in/out and an ambient light sensor. The monitor also includes a downward-facing desk light and RGB lighting on the rear loop and logo, and though it comes with a hefty stand and built-in cable routing, you can use a standard VESA mount as well.

The monitor is equipped with an anti-glare coating, the better to be used for gaming and basic office tasks. And, lest you be worried about OLED burn-in for more conventional work, Dell’s including a 3-year premium warranty that specifically covers panel burn-in.

How much will the Alienware QD-OLED 34 cost? It’s hard to guess. “Extremely expensive” is a safe bet but, for something a little more useful, consider that the current top-of-the-line Dell ultrawide gaming monitor has a retail price of just under $2K and Alienware’s “don’t call it a TV” 55 OLED Gaming Monitor costs $4000. I’d say $3000 is a pretty good estimate. Dell is planning a retail release sometime in the first half of this year.