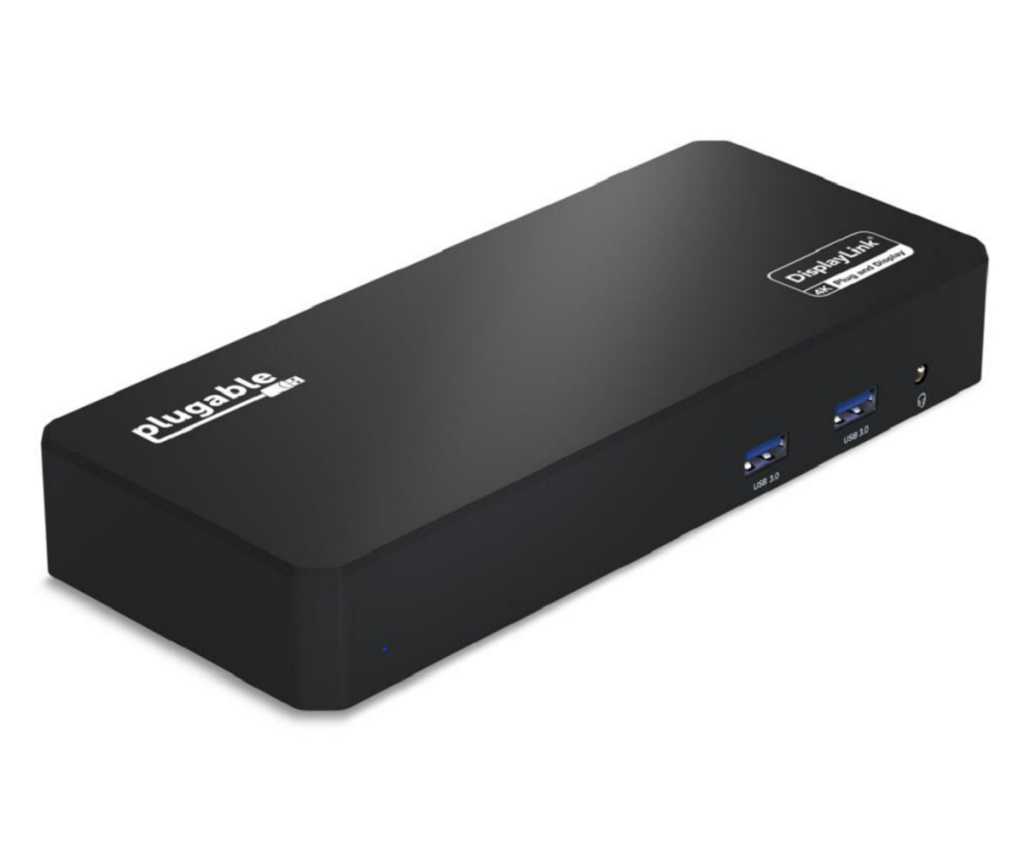 Plugable leads our list of the best Thunderbolt docks for your laptop precisely because the company focuses on the most important element: the display connectivity, with two 4K displays. But at CES, the company has upped its game: now there’s three!

The dock works with a standard USB-C connector on your laptop, but you’ll need an available Thunderbolt port (with Thunderbolt 4 preferred) to enable the full benefits. Unfortunately, the dock’s specifications hide a few gotchas, and answer the question of whether a Thunderbolt dock can accommodate three 4K displays. The answer? Yes, sort of.

Specifically, the UD-6950PDZ includes a pair of DisplayPort 1.2/HDMI 2.0 ports on the rear, which can output 3840×2160 video at 60Hz—the 4K60 output that’s expected of Thunderbolt docks. But the third port is HDMI 1.4/DisplayPort 2.0, and is limited to 3840×2160 resolution at 30Hz, instead. To be fair, 30Hz is acceptable for a secondary display used for static content like email or messaging apps, but staring at a 30Hz display for a prolonged period can strain your eyes.

But there’s another gotcha, too. Neither of the 60Hz DisplayPort/HDMI ports supports HDCP, which enables protected content (a Blu-ray disc, or Netflix, or Amazon Prime) to actually display on the screen. HDCP is listed as “host dependent” on the 30Hz port, instead. Simply put, you’re trading off a third display for limits on its frame rate and an overall restriction on HDCP playback. (To be fair, you’ll almost certainly be able to play back protected content on the laptop itself.)

Otherwise, though, there’s a lot to like with the UDZ-6950PDZ. The Thunderbolt connection back to the host can support 60W of power, covering a wide range of mainstream and thin-and-light devices. The dock also supports six USB-A ports (all at 5Gbps, with two to the front and four on the rear). If there’s any other weakness, it’s that there’s no USB-C output of any kind, so you won’t be able to add a USB-C dongle if you suddenly need an SD card slot, for example.

Plugable will ship the dock later this quarter, Plugable said.